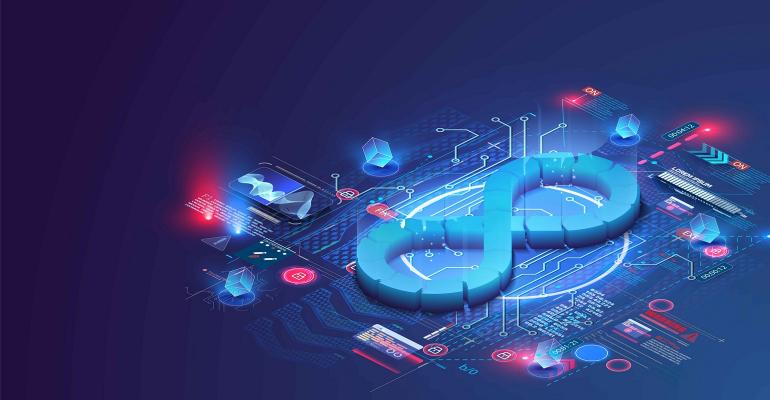 The DevOps vendor launches a new version of its Codefresh Software Delivery Platform that deeply integrates the open source Argo projects and GitOps to help users build and manage applications.

DevOps vendor Codefresh announced the general availability of its Codefresh Software Delivery Platform on Feb.1, integrating GitOps principles at the foundation of the new platform.

Codefresh, which got its start in 2014, provides its users with a DevOps platform that enables continuous integration and continuous delivery (CI/CD). The company is now also a leading contributor to the open source Argo project, which Intuit created and open sourced in 2018.

Argo provides GitOps capabilities, which have matured and improved in recent years. With the new Codefresh Software Delivery Platform, Codefresh is looking to provide an enterprise distribution of Argo to help organizations manage DevOps processes with a GitOps workflow. With GitOps, the open source Git version control system is used to define desired configuration state, which is then monitored and controlled as part of the DevOps operational lifecycle.

"Our existing offering, which we're now referring to as Codefresh Classic, is still there and still being used by people," Dan Garfield, co-founder and chief open source officer at Codefresh, told ITPro Today. "The new platform, which is much more inclusive and all built on Argo and on the open source and is completely GitOps-oriented, is really the realization of our DevOps vision."

Argo is not a single module or capability, but rather a suite of tools that are typically operated independently of one another.

One of the tools in the Argo project is Argo Workflows, which is a general-purpose workflow engine for the Kubernetes container orchestration system, Garfield said. Another module is Argo Events, a triggering event source mechanism that allows developers to trigger workflows and ingest data.

A third tool is Argo CD, which is a GitOps engine that enables users to define and deploy applications. The last piece of the platform is Argo Rollouts, a progressive delivery tool to help organizations with phased rollouts of application features.

"What we've done with the enterprise version of our platform is we've integrated all of the open source Argo tools into a single platform," Garfield said.

Prior to the CSDP platform, the various Argo projects had not been integrated into a single platform that makes it easier for DevOps professionals to manage, he said.

Garfield emphasized that CSDP also provides more visibility and traceability into the software supply chain because of the GitOps approach that is at the foundation of the platform.

Why GitOps Matters for DevOps and the Codefresh Software Delivery Platform

With the GitOps model, there is a component in the DevOps stack that is always aware of the actual runtime status of an application in production, according to Garfield. As such, any unexpected changes or configuration drift can be identified and then remediated to the desired state, which is defined and stored in the Git version control system.

Codefresh will work with any number of platforms that provide Git services, including GitHub, GitLab and Atlassian Bitbucket.

CSDP also extends what the open source Argo GitOps tools provide with a series of enterprise capabilities that support management of the platform as scale with a unified control plane. Garfield noted that an Argo CD user could have tens or hundreds of different instances for various workflows. With just the open source project, each of the instances generally needs to be installed and operated independently, he added.

"With Codefresh, we have a control plane, so all the individual instances are part of the single control plane, and can be managed and upgraded from a single place," Garfield said.

The vision for Codefresh when the company was founded in 2014 was to enable developers to manage the software supply chain, Garfield said. While the previous version of the Codefresh platform provided a lot of tooling to help manage DevOps workflows, the new CSDP goes a few steps further, he noted.

"What we wanted to do with this new platform is build it with GitOps and Argo in mind from the ground up," Garfield said.