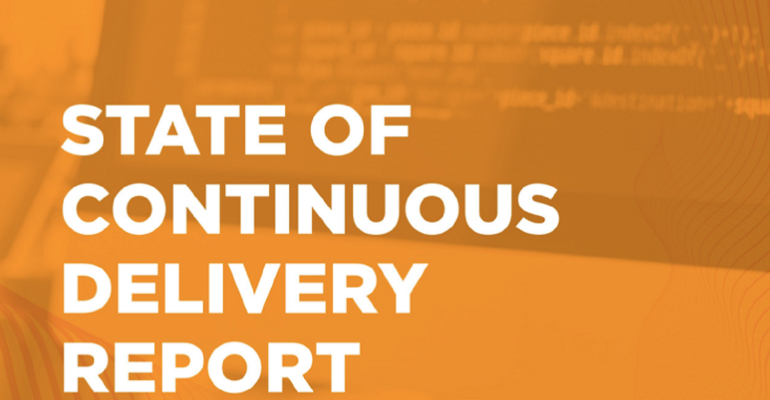 CD Foundation
IT Operations and Management>DevOps

More often than not, developers today are also engaged in DevOps processes, according to the 2021 State of Continuous Delivery Report.

The 33-page report was sponsored by the CD Foundation, which was founded in 2019 and itself is part of the Linux Foundation.

In the era before DevOps became common, developers focused on code development while deployment and production usage was entirely an operational exercise. However, in 2021 only 26% of developers don't participate in DevOps activity, the report found.

"The results show that the majority of developers are involved in DevOps-related activities, which speaks to the broad adoption," Tracy Miranda, executive director of the CD Foundation, told ITPro Today. "Also, the report showed DevOps is widespread in organizations of all sizes, with at least 80% of professional developers who work for companies of two or more employees being involved in the space."

While the majority of developers engage in DevOps practices, a very small percentage – only 5% – of developers actually identify themselves or their job title as being a DevOps engineer/specialist.

Only 18% of developers use both continuous integration and continuous deployment (CI/CD) to fully automate the code development pipeline into deployment and operations.

Miranda pointed out that one additional surprise in the report was the number of developers who write wrote automated regression tests.

"The 20% of people writing automated regression tests is a surprisingly low number – all developers should be writing tests," she said.

DevOps processes are often credited with helping teams innovate faster. One revelation from the report that surprised Miranda concerned the acceleration of digital transformation efforts in 2021.

"We hear a lot about the industry accelerating their digital transformation efforts or software delivery adoption, but that really didn't bear out in the data around teams," Miranda said. "The data showed no signs that industry velocity is increasing, and if anything, the proportion of top performers in terms of lead time for code changes dropped slightly."

She added that from a team perspective, software delivery performance has stagnated, and one hypothesis is that software systems are becoming very complex.

Another challenge is that of experience, or lack thereof. Experience plays a large role in improving the speed and reliability of software delivery, Miranda said.

"We have an industry where it takes many years of experience, and that would indicate we are doing a disservice to newcomers in the space," she said. "This is something we need to try to fix either with better onboarding materials or less complex systems – we need everyone in the industry to get good at software delivery relatively early on in their careers and have this correlate with software delivery performance."