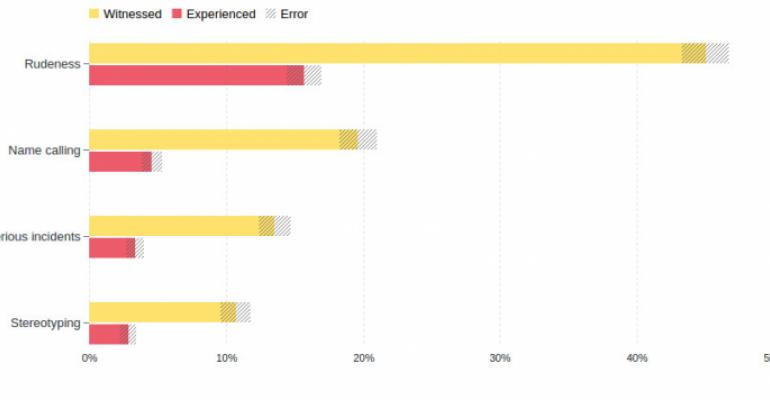 It's no secret that the tech industry has long had a problem attracting women employees. Oddly, this has been even more of a problem in open source (I know, you'd think with all that sharing we'd be a bunch of kumbaya tree huggers), where the problem is compounded by the fact that women who do join projects tend leave very quickly.

Not only is this not good for career minded women, it's not good for the business of tech. Good developers are in short supply -- and since women make up somewhere around 50 percent of the population, they represent a huge demographic that's not being properly leveraged.

The results of a recent survey conducted by GitHub sheds light on this problem, by putting some numbers on already known issues.

The 2017 Open Source Survey "collected responses from 5,500 randomly sampled respondents sourced from over 3,800 open source repositories on GitHub.com, and over 500 responses from a non-random sample of communities that work on other platforms." Although the survey focused on open source and asked 50 questions on a wide range of topics that were in no way focused on gender issues alone, some of the data collected offers insight into why the developer industry as a whole has trouble recruiting and keeping female devs.

Indeed, the severity of the gender gap in open source is substantial. In the survey, 95 percent of respondents were men, with the response rate from women at only 3 percent -- a degree of under-representation that's not seen elsewhere in this study. Other groups show numbers that are more proportionate to their numbers in the general population, with "ethnic or national minorities" representing 16 percent of the respondents, immigrants at 26 percent, and "lesbian, gay, bisexual, asexual, or another minority sexual orientation" at 7 percent.

The problems that women in tech face are pretty much what you might expect. Twenty-five percent of the women surveyed report "encountering language or content that makes them feel unwelcome," compared with 15 percent of men. Women are six times more likely to encounter stereotyping than men (25 versus 15 percent), and twice as likely to be subjected to unsolicited sexual advances (6 vs 3 percent).

This pretty much mirrors what we've been hearing from women -- as well as men -- working in open source for years: that the work environment at many open source projects is not comfortable for women, with some going so far as to call it "toxic."

Most revealing are a couple of items found in a graph, called "Importance to Project," that GitHub included in its analysis of the results, which shows the relative importance that women and men find for various aspects of software development. Under the headings "responsive maintainers," "license," "active development" and "widespread use," men and women seem to be of the same mind. There are great differences, however, in how the two sexes view the importance of a "contributing guide," "Contributor License Agreement," "welcoming community" and "code of conduct," with women placing much more importance on all of these than their male counterparts.

The later two are very telling and might get to the root of the gender diversity issue. Even when putting differences caused by socialization and psychology aside, because men are working in an environment that is up to 95 percent male (working primarily with their own kind, so to speak), it's understandable they would place less importance on a "welcoming community" or a well thought-out and enforced code of conduct. Even men who are supportive of their women coworkers (the majority of men in most cases) might not see the harm done by "little" transgressions by coworkers, and might fall into agreement with the often repeated notion that the women are overreacting.

In many cases, management has a good handle on the problems being faced by new female hires, and have implemented good policies in an attempt to deal with them. Unfortunately, it appears this sort of top down only approach isn't working. There needs to be a way to nurture more support in the trenches.