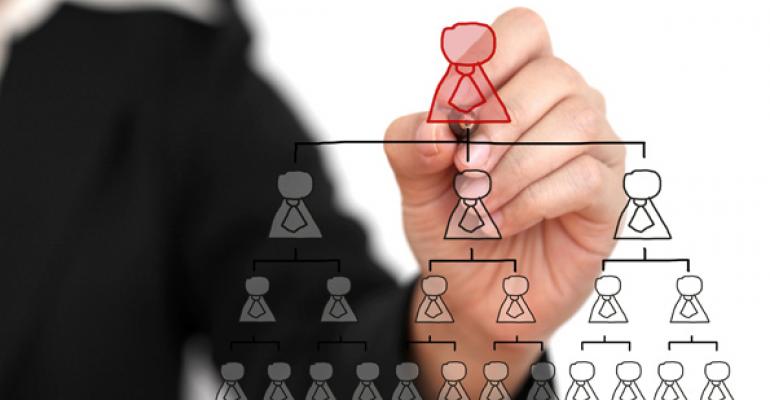 What Microsoft Really Needs in a New CEO

Microsoft has been on a roll lately. Within the last year the company has managed to anger, confuse, or alienate just about every sector of their business -- from partners and developers all the way down to IT pros, business users, and gamers. It's easy to assume that this might be a series of gaffes or possible growing pains as Microsoft makes the transition from being a software company to a devices and services company. However, I think there's actually something more going on here.

A Brief Tour of the Carnage

Let's look at some recent corners that Microsoft has forced itself into to put this all into perspective:

Surface versus Hardware Partners. The first iteration of the Surface has been a disaster from a marketing perspective. Although I think that Windows tablets have a future, let's not forget that the Surface really is an attempt to cut Microsoft's traditional channel partners and vendors out of the loop. If things had gone according to Microsoft's plans, then the likes of Dell and others would have risked becoming a footnote in the history books.

Cancelling TechNet -- Causing Consternation with IT Professionals. Yes, there were surely TechNet subscription abuses where organizations were running production workloads on TechNet licenses. But rather than working out better licensing options or figuring out how to better address customer needs, IT professionals are left wondering if they're just being paranoid that the decision to cancel TechNet subscriptions wasn't part of some scheme to increase Windows Azure subscriptions.

Utterly Absurd MSDN Insanity with Windows 8.1. Forget for a second that Microsoft had to reverse their decision to not make Windows 8.1 available to MSDN subscribers before general release. Instead, focus on how Microsoft ever thought that this would work with developers. The entire purpose of MSDN subscriptions is to provide Microsoft's 'vast partner ecosystem' with early access to new OSs before new versions of Windows are released into the wild. I'm sure it's just my tinfoil hat talking, but if Microsoft was willing to throw hardware partners under the bus on the path to devices and services, then isn't this attempted shift of MSDN fundamentals just some sort of foreshadowing of how Microsoft might be changing its perspective on developers as partners as well?

Windows 8 Start Button and Menu versus End-Users. Whether you love or hate Windows 8, removal of the Start menu has alienated a large number of consumers. Moreover, my guess is that adding the Start Button back to Windows 8.1 simply won't be enough to woo consumers and business users back to Windows 8. Most desktop users seem to prefer a Start menu to endlessly scrolling Start screens. As such, Microsoft really needs to provide users with the choice of how they'd like to start this experience instead dictating how users should interact with Windows or assuming that the malaise is simply due to a missing Start button.

SQL Server Shenanigans. Microsoft's continued, ongoing, and out-of-touch assertion that SQL Server Standard Edition should only accommodate up to 64GB of RAM continues to come off as a scheme to force locked-in customers to upgrade to Enterprise Edition -- and it feels greedy and abusive. There's also Microsoft's most recent gaffe stemming from terminating the MCM/MCA certifications. You'd think that cancelling a certification process costing around $20,000 would be cause for celebration -- but the SQL Server community has been mostly livid. A part of that anger stems from how the announcement was made. But a bigger part of the frustration comes from how this recent move seems like just one more completely out-of-touch move driven by clueless bean counters to boost Microsoft Learning's revenue through, ostensibly, more testing.

Growing Pains or a Strategic Shift in Focus?

It's easy to chalk up many of the problems listed above to simple growing pains or human foibles. On the other hand, as Microsoft transitions from being a software company to a devices and services company, it only follows that it will start (and already has) competing with some of its former partners – or even customers and ardent supporters.

For example, let's consider how Microsoft's transition from a software company to a services company changes its relationship with IT professionals. Previously, IT professionals were treated as the ground troops that advocated the benefits of Windows servers and desktops. Now those same IT pros would be naïve not to keep an eye on Azure as Microsoft continues to try and make the case that Azure can offer more -- at lower cost -- than traditional, in-house IT. Likewise, Microsoft's continued attempts at pushing SQL Server Enterprise Edition sales through 64GB gimmickry means that it's competing head-on with IT professionals because most businesses see IT departments as cost centers. If licensing costs go up, then that simply means less money for IT salaries, training, and incentives.

Currently, it's not patently obvious where developers sit along the roadmap to Microsoft's transition to a products and services company, and it seems highly unlikely that Microsoft would ever try and kick them to the curb or cut them out of the loop. But there's also a strong sense that the Windows/OS group (at least under Sinofsky) didn't value .NET developers much by means of how the .NET runtime really ended up feeling like a second-class citizen with Windows 8. And the recent and attempted stunt with Windows 8.1 via the Windows group is also a bit unsettling.

Something Worse than Competition: Greed

Although it's easy to be a bit paranoid, there might be another explanation -- something that's simpler and less sinister. To that end, I think I might have a simpler explanation: greed. As I opined previously, I don't think that Ballmer was enough of a visionary. However, a part of his retirement letter made me realize that I'd been too kind (emphasis mine):

"I am proud of what we have achieved. We have grown from $7.5 million to nearly $78 billion since I joined Microsoft, and we have grown from employing just over 30 people to almost 100,000. I feel good about playing a role in that success and having committed 100 percent emotionally all the way. We have more than 1 billion users and earn a great profit for our shareholders. We have delivered more profit and cash return to shareholders than virtually any other company in history."

With such a blatant focus and emphasis on profit and revenue, it's easy to see why Microsoft keeps running into gaffe after gaffe and problem after problem where they seem clueless or out of touch with customers because their leadership is focused more intently on shareholders and stock price.

Of course, I'm not arguing that Microsoft shouldn't be making money or shouldn't care about stock price. Instead, I'm left to wonder what Ballmer's legacy might have been like had he focused less on stock price and more on making “great products,” solving customer problems, and making the world a better place -- all things that Microsoft can do, which is something that I'm convinced that most of its employees are committed to. Stated differently, what Microsoft needs most in its next CEO isn't a person that's driven by financials. They need another visionary -- someone who empowers Microsoft and its employees to truly innovate and solve customer problems. Because if Microsoft can focus on that, then my guess is that many of these latest fiascos and problems will go away -- and the stock price will naturally benefit as well.