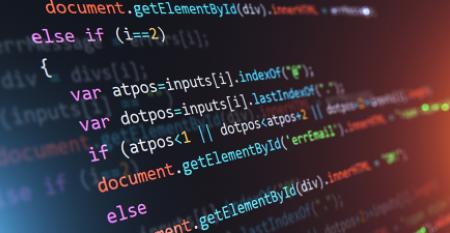 Multi-Cloud Architecture and Management
Join us on June 10th for our Virtual Trade Show which will offer proactive strategies to help address cloud challenges & design a high-performance multi-cloud architecture.

Open-Source Rust Programming Language Gets Its Own Foundation
Feb 14, 2021
After years of being led by the Mozilla Foundation, governance of Rust has now shifted to the newly formed Rust Foundation.

At 25, JavaScript Programming Language Is Still Progressing
Dec 19, 2020
JavaScript is still one of the most widely used programming languages. How has it been able to continue its popularity, and where will it be 25 years from now?

Bloomberg Embraces TypeScript Language to Improve JavaScript Code
Nov 29, 2020
The TypeScript open source project can help make JavaScript code more robust, which is why Bloomberg has embraced it across millions of lines of code.

Python 3.9 Brings Timely Improvements to Programming Language
Oct 17, 2020
The increasingly popular open source Python programming language is being updated with new capabilities that will improve the...

Java Language at 25: Write Once, Run Anywhere Lives On
Jun 10, 2020
After 25 years of availability, Java shows no signs of decline as a widely used developer language that is now accelerating with a faster release cycle.

The End of Open Source Python 2: What It Means for Enterprises
May 24, 2020
Python 2 has reached its end of life, with the open source project no longer providing updates, but that doesn't mean the 2.x version of the programming language has disappeared — yet.