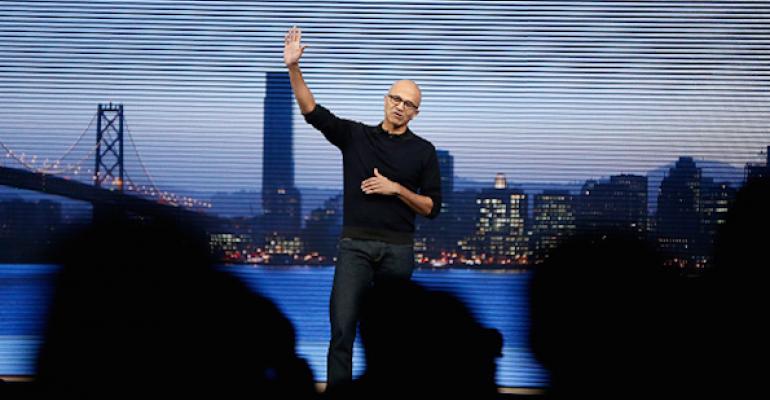 The New Microsoft vs the Old Microsoft

Nearly two years ago when I wrote about what I thought Microsoft needed in a new CEO, I argued that Microsoft had become too focused financials and needed someone new at the helm that would help focus the company focus on making Microsoft’s products and services useful and compelling to end-users and businesses.

Fast forward to today, and I couldn’t be happier with the amazing changes under Satya Nadella’s leadership. In a little less than a year, he’s helped reinvigorate Bill Gate’s initial vision of “Windows Everywhere,” and has helped Microsoft feel vibrant, responsive, and even competitive again. For all the benefits and change in direction I’ve seen so far, there are still vestiges of the ‘old Microsoft’ that still linger – and which will hopefully be excised in the coming months and years.

Quantifying exactly what constitutes the “Old Microsoft” is fairly difficult. But some pretty clear indicators include situations where Microsoft looks like they’re clumsily copying behaviors or attitudes from Google or Apple, or tend to look like their either being bullies and/or clueless idiots who don’t understand their users or the market. For an example of Microsoft managing to “hit” all of those indicators with a single solution, look no further than Windows 10 Wi-Fi Sense – something that looks like a gigantic train-wreck at present.

On the surface, Wi-Fi sense looks like it’ll ‘tame’ the process of logging into Wi-Fi networks when visiting friends and relatives. Then again, come to think of it, I’ve never really found this to be that big of a problem – once you know the network and credentials needed to log in, your computer remembers them and the problem is solved. With Windows 10, however, Microsoft is not only looking to change this by making Wi-Fi passwords that your machine knows accessible to everyone in your Contacts lists (Outlook and Skype), but will also share this information with all of your “friends” on Facebook.

Needless to say, this has generated some significant outcry – especially since this functionality is enabled by default. Worse is the fact that opting out of this new ‘feature’ is insanely cumbersome because, at present, you’ve got two options – either you can rename your Wi-Fi’s SSID to something including the text “_optOut” (a perfect example of Microsoft clumsily adopting horrible “screw you” attitudes from Google – who will map your Wi-Fi network unless you add “_noMap” to your SSID), or force everyone who connects to your network with Windows 10 devices to disable this feature before signing on. Neither of those options seems acceptable in my book. One comes across as very heavy-handed – and the other is a nightmare waiting to happen (if I let someone on who has given Facebook access to their stored Wi-Fi passwords, that person then shares my Wi-Fi details with their “friends” who then share it with their “friends” and so on). In short, this is a clear case of an “Old Microsoft” move – because lots of people bumping into this will wonder “what were they thinking?”

However, there are a lot of great examples of the “New Microsoft.” One that recently caught my eye was a blog post on how Microsoft Edge is striving towards greater interoperability. When I initially saw the title of that post, I was skeptical. Microsoft has promised better ‘browser compatibility’ in the past with IE only to, amazingly, cause bigger and uglier problems time and time again. But Microsoft’s decision to cut ties with IE by changing the user agent for Microsoft Edge is pretty impressive. In fact, the more I read the details outlined in that post, the more I began to envision myself actually using a browser from Microsoft as my primary browser (made easier by the fact that I’m getting increasingly more and more disgusted with Google and Chrome).

Granted, I do think that Microsoft Edge would be a more compelling browser if it could be installed and used on not just any version of Windows but on any mainstream OS – instead of being ‘hard coded’ to Windows 10 (because coupling a browser to an OS is 100%  “Old Microsoft”). That, and I also can’t believe that Microsoft failed so spectacularly with Edge’s logo. Not only is it beyond ugly, but it certainly doesn’t convey ANY notion of a break with the past. Which, is too bad – because in reading through the list of changes that Edge will represent – it’s pretty clear that this browser is shaping up to represent a newer, and better, Microsoft where the goal is to appeal to customers and users instead of merely reassuring share-holders that Microsoft’s choke-hold on a particular market segment will last another quarter.

Looking Forward to an Improved Culture

I recently ran across this text: “The culture of any organization is shaped by the worst behavior the leader is willing to tolerate.” Initially, that struck me as insightful – but over time it’s something I haven’t been able to forget and it’s something that I’ve come to see as being extremely profound. Under Ballmer, Microsoft not only tolerated a culture of trading short-term gains at the expense of sacrificing long-term growth, but – unfortunately – fostered such a culture by paying such close attention to keeping the company’s focus on share-holders.

Fortunately, I think there are people who work at Microsoft because they want to change the world. As such, Satya Nadella's vision and direction has freed people at Microsoft to care again about trying to empower users, build real relationships with partners, businesses, and end-users, and create a better Microsoft. Over time I expect that this’ll help shape and mold all new products, features, and services that come out of Microsoft such that we’ll see less and less of the “Old Microsoft” as time progresses.

Sponsor Content
The Characteristics of Your Future Technology Capabilities: Rapid, Successive and at Scale
Apr 29, 2021

Sponsor Content
Overcoming the Barriers to a Customer-First Culture
Apr 29, 2021