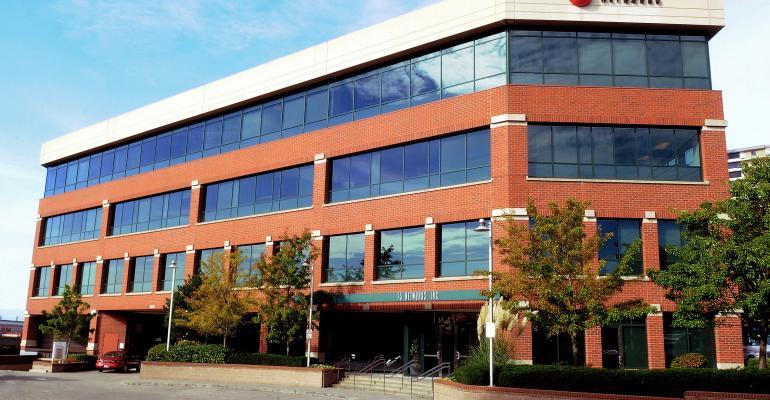 Networking and security company says it's only in the early stages of developing for containers and hopes the acquisition will hasten that process.

Seattle-based networking and security company F5 Networks is buying Nginx (pronounced engine-x), which develops and maintains the popular open source webserver by the same name. According to an announcement made Monday, F5 has agreed to purchase the privately held company for about $670 million, with the deal set to close sometime in the second quarter.

F5 develops and markets Big IP, a platform for the delivery, security, performance, and availability of web apps that offers load-balancing across servers, clouds, storage devices, and other networking components. DevOps teams can use it to deploy apps anywhere they have a point of presence.

Although Nginx is primarily known for the light and nimble web server it first released in 2004, it now develops and markets software that complements F5's offerings. About a year ago it released Unit, the company's first application server.

Representatives from both companies are spinning the acquisition as something of a natural evolution, and indicate the two companies' products go together like salt and pepper.

"I think it's highly complementary," Sydney Rabsatt, Nginx's VP of product management, told Data Center Knowledge. "The F5 solution is widely deployed on the tip of the front door of many an application and many a website. The Nginx software is typically the solution deployed right behind that, providing all the rest of the connectivity back into that application and web infrastructure.

"F5 customers can expect to get access to a lot of technologies that really free them to deploy and deliver their application using whatever sort of technologies they want, whatever languages they want, wherever they want. Nginx folks are going to have access to a lot more of the security, manageability, and analytics capabilities that F5 is really good at. We look at this as a win-win opportunity for both organizations and the customer bases."

One of the capabilities that Nginx's Unit brings to the table is the ability to work with containers, a technology F5 needs in order to take the next step in its journey to supply a turnkey solution for enterprises adopting hybrid and multi-cloud approaches. Lori MacVittie, the principle tech evangelist for F5's CTO's office, told us the company is only in the early stages of developing for containers and that the Nginx acquisition will hasten that development.

"We started with software, went to hardware in the early 2000s, came back to software with virtualization, and then expanded out to the cloud," she said. Containers "had just been starting. Then we had this announcement yesterday that will certainly accelerate the ability to get into that other side of the world."

Both companies are reassuring users of the freely downloadable versions of Nginx that there are no plans to move the software behind proprietary walls. Nginx developers will continue to work out of the company's San Francisco office and will still work directly with the open source community that has formed around its software.

"One of the things that attracted us to Nginx was the vibrant and robust open source community they have," MacVittie said, "and just how well the software is put together because of the different innovations that come from a variety of people being involved. We are going to be keeping the open source side, and we're going to be investing to help them amplify and accelerate what they've been doing."

From Nginx's perspective, the acquisition seems to be as much a win for open source users and developers as it is a financial benefit for its new proprietary owner.

"One of the things we're excited about going through this process is F5's desire to continue to invest in the things that we were already doing," Rabsatt said. "From our perspective, we want to be able to invest more in open source, and that's something as a smaller company we can only do to a limited extent. We obviously have a community to support us, but having the resources of an organization like F5 just increases our ability to deliver more value to our customers, both open source and commercial."

For fiscal year 2018, F5 Networks reported revenue of $2.1 billion, up $71 million from the previous year, and a GAAP net income of $453.7 million. In 2017 the company announced it had signed a 14.5-year lease for all of the space in a 44-floor skyscraper under construction in downtown Seattle that was subsequently renamed F5 Tower. At the time it was reported that the company would take occupancy on April 1, 2019.

Although the Nginx software was first released in 2004, the company bearing its name wasn't formed until 2011, founded by Igor Sysoev, the original Nginx developer. In addition to the free and open source version of the software, the company also develops and markets a proprietary edition called Nginx Plus that contains features not found in the open source version.