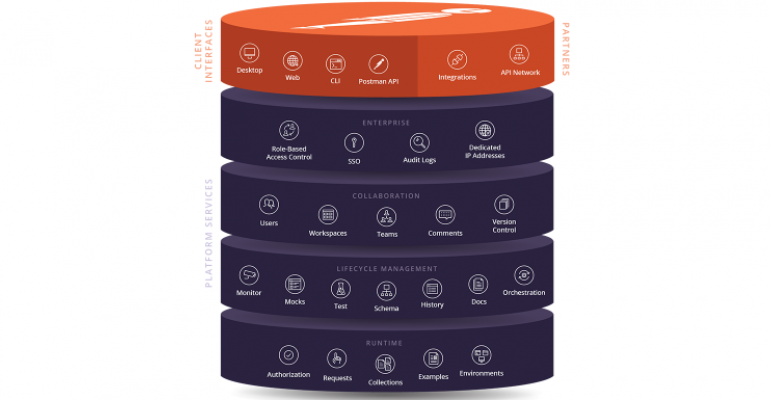 API development vendor Postman sees a bright future for its business, and so does its investors.

On June 11, Postman announced that it had raised $150 million in a Series C round of funding led by Insight Partners. The company will use the new funding to expand its product and services portfolio as the need for application programming interfaces (APIs) continues to grow. Modern applications and cloud services make extensive use of APIs to enable and connect to different functions.

There are multiple vendors in the API space, including RapidAPI, Kong and MuleSoft, which Salesforce acquired for $6.5 billion in 2018.

Postman CEO and founder Abhinav Asthana told ITPro Today that his company has taken a developer-first approach with its API platform.

"What Postman covers is essentially the entire cycle of production and consumption of APIs," he said. "So from the point developers start thinking about an API, they can start working with Postman, with security engineering and DevOps workflows happening in a collaborative way."

SOAP versus REST versus GraphQL

The first generation of web services APIs was largely written in Simple Object Access Protocol (SOAP), transitioning over the past decade to representational state transfer (REST). Over the past year, however, there has been a movement to use GraphQL for APIs.

Asthana noted that few, if any, new SOAP APIs are being built today, but that doesn't mean they're not supported.

"What we have seen is that if an API is being used and deployed in production, it tends to have a long lifespan," he said.

While REST generally replaced SOAP as the primary way that APIs are built, Asthana doesn't see the same thing happening with GraphQL. There are benefits and disadvantages to both REST and GraphQL, and developers will pick which approach is best for a given scenario, he said.

APIs Should Be Free

While Postman generates revenue from its commercial tools that help developers build and manage APIs, the company doesn't make money from selling APIs through a marketplace. The API platform vendor has an API Network where users can explore and find new APIs, all for free.

Asthana emphasized that it's important that public APIs be discoverable and freely available.

"We encourage companies to try to make the time to value for an API as short as possible," he said. "The more gates you have in front of your API, the less your API will be adopted."

While Asthana believes APIs should be free, he also holds the view that they should be secured. The Postman approach is to encourage development teams to think about APIs early in the development cycle for a new application or service and to integrate security teams into the development pipeline.

The Challenges of Modern API Development

The biggest challenge that Asthana sees in API development is addressing a skills gap in the developer population.

Large technology vendors such as Google, Facebook, Amazon and Microsoft are fundamentally good at API development, which helps make them successful, Asthana said. He wants to see other companies be as successful by learning how to make APIs that last.

"People use APIs a lot, but they don't know how to construct them for eventual long-term use," he said. "Over time, what we want to see is that the best practices for building APIs are available to every developer."