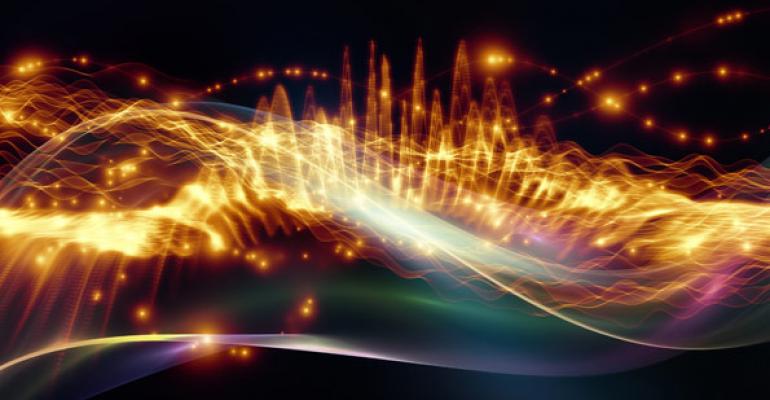 Music for Your Development Productivity

Although I can't listen to music as I work on architectural concerns or troubleshooting stubborn bugs, I find that music is a great resource for helping me get in the zone and boost my coding productivity as I work on less demanding code. There are a few important caveats about what kinds of music I can listen to as I try to get into the zone. For starters, I've found that I typically can't develop as I listen to music that I haven't heard before. I'm pretty sure that this is because my brain is too busy trying to figure out whether what I'm listening too is any good or not--and therefore just gets too distracted from coding.

I've also found, however, that I just can't get into the zone if I'm listening to something that I've either heard too many times or has simply become tired. To that end, I find that the kind of music that helps me to be most productive as I code is stuff that I've listened to a decent amount before and doesn't tend to get old or tired too soon--meaning that it usually has a decent degree of variability. To that end, I've amassed several different playlists over the years of music that I find has excellent replay quality. Furthermore, I commonly use these playlists as go-to resources to try and help remove distractions or amp up my energy levels and focus while coding.

My Shameful Addiction to Techno

If I'm honest, I have a weird and embarrassing, weakness for techno--to the point where I listen to a lot of it. Of course, there are gobs of different kinds of techno. Personally, I'm a pretty big fan of different kinds of trance. Accordingly, I'll commonly slap together a playlist in Spotify for several different trance-like songs that I've enjoyed over recent weeks and can use my familiarity with these songs (and the fact that I haven't played them to a point where they're tired yet) as a great form of background noise that I can use to help me focus. In terms of full disclosure, I admit that as bad as my penchant for techo is, it gets quite a bit worse in the sense that some of my favorite techno and trance songs commonly involve great female vocalists typically singing about really sappy stuff.

Now in an effort to redeem myself, I'll also point out that I'm a big fan of Tiësto – who, by my experience, seems to have a pretty decent following among developers. I'm also fond ATB and lots of stuff by Kaskade.

I've also been accused by several friends of confusing noise with music, which is where Juno Reactor comes in because I think it would be easy for some to describe their music as noisy. Personally, I'd opt for describing it more along the lines of being blessedly cacophonous. In other words, I think that Beyond the Infinite is hands-down, one of the best albums ever made especially when it comes to boosting coding productivity. In a similar fashion, I've also got a couple of playlists that are very heavily saturated with music by the Crystal Method and The Prodigy. Both of these music groups tend to have some excellent, high-energy content that also lends itself well to repeat playability.

Although I've found that many soundtracks can work very well as background music to help remove distractions, I've also found a couple of killer soundtracks that I love listening to as I code. For example, I think that the Remixed Tron2 Soundtrack, which is more or less remixed by Daft Punk, is easily one of the best coding albums ever created. It's got insane replay value, tons of energy, and never acts as distraction as I develop.

Recently, I've also really been digging stuff from M83, including their superb soundtrack for Oblivion. Although The Glitch Mob hasn't created a soundtrack that I'm aware of, they share a lot of similar and great benefits to much of the stuff that I enjoy from Daft Punk, the Tron2 remixes, and music from M83. In truth, however, some of the music by M83 is a bit more esoteric.

In terms of esoteric music tastes, it's worth pointing out that even though my weakness for techno is truly shameful, some of the other music that I listen to is just plain weird. For example, I really love 'throat music'--a musical artform that's commonly found amongst peoples of the Asian Steppe. As such, I've got several different Mongolian playlists that are full of Tuvan, Khoomei, and other non-throat music from the steppes, which I love to listen to all the time when coding.

I'm also a big fan of madrigal and choral music as long as it's more or less baroque. As such, I'm a huge fan of Vivaldi's choral works (i.e., not Vilvaldi's The Four Seasons, which he's unfortunately almost only known for), and I also find myself regularly listening to a phenomenal choral piece by Anonymous 4 that's entitled Voices of Light.

For slightly more modern forms of eclectic music, I also have a couple of playlists composed heavily of music by The Knife, Philter, The Avalances, and Vitalic. All of them are just strange enough to help provide some excellent replay value. In similar measure, I'm not sure what the attraction is, but I also commonly listen to decent amounts of what I like to identify as a type of 'brooding-German' techno in the form of VNV Nation (one of my all-time favorites), Assemblage23, and Covenant.

Of course, music is a highly personal thing, and I've obviously got some weird tastes. But hopefully, anyone who could stand to make it to the end of this article has picked up a few ideas for things they can potentially add to their own playlists that they use to boost their coding productivity.