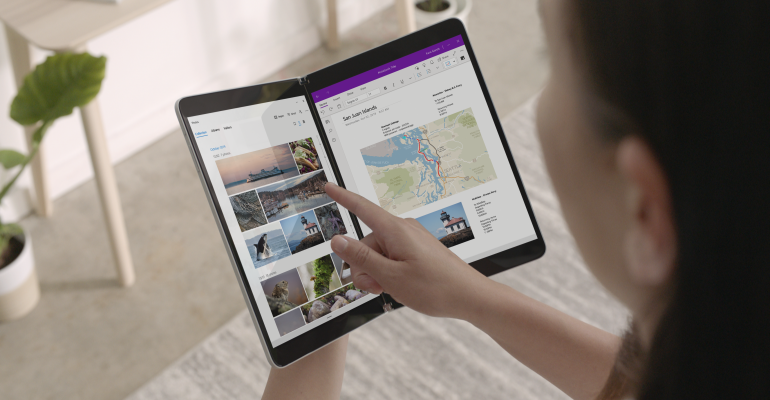 Microsoft is betting that their dual-screen Surface devices, the Neo and Duo, will be the north star for dual-screen devices from all manufacturers going forward.

Ever since the early reveal of new dual-screen Surface hardware devices last fall in New York City, questions have abounded concerning Microsoft’s ability to sustain mobile devices in the enterprise market. (Their last significant attempt, Windows Phone and its successor Windows 10 Mobile, ended up in a huge write-off when the platform was abandoned.) Some of these questions were answered in the company’s release of its roadmap for developers.

The company has a unique approach to creating a truly mobile dual-screen Surface device – unlike other company models with one-piece folding screens with gaps and potential creases, the Redmond, Wash. company will take two separate device elements, each with their own intact glass screen & case, then hinge them together to create a folding device. This means the development tools must be ready for that hinge and that is exactly what Microsoft has announced alongside of their initial development tools release last month. The new dual-screen Surface devices are not scheduled to be available until the end of 2020, but now is the time for developers to start preparing for their arrival. 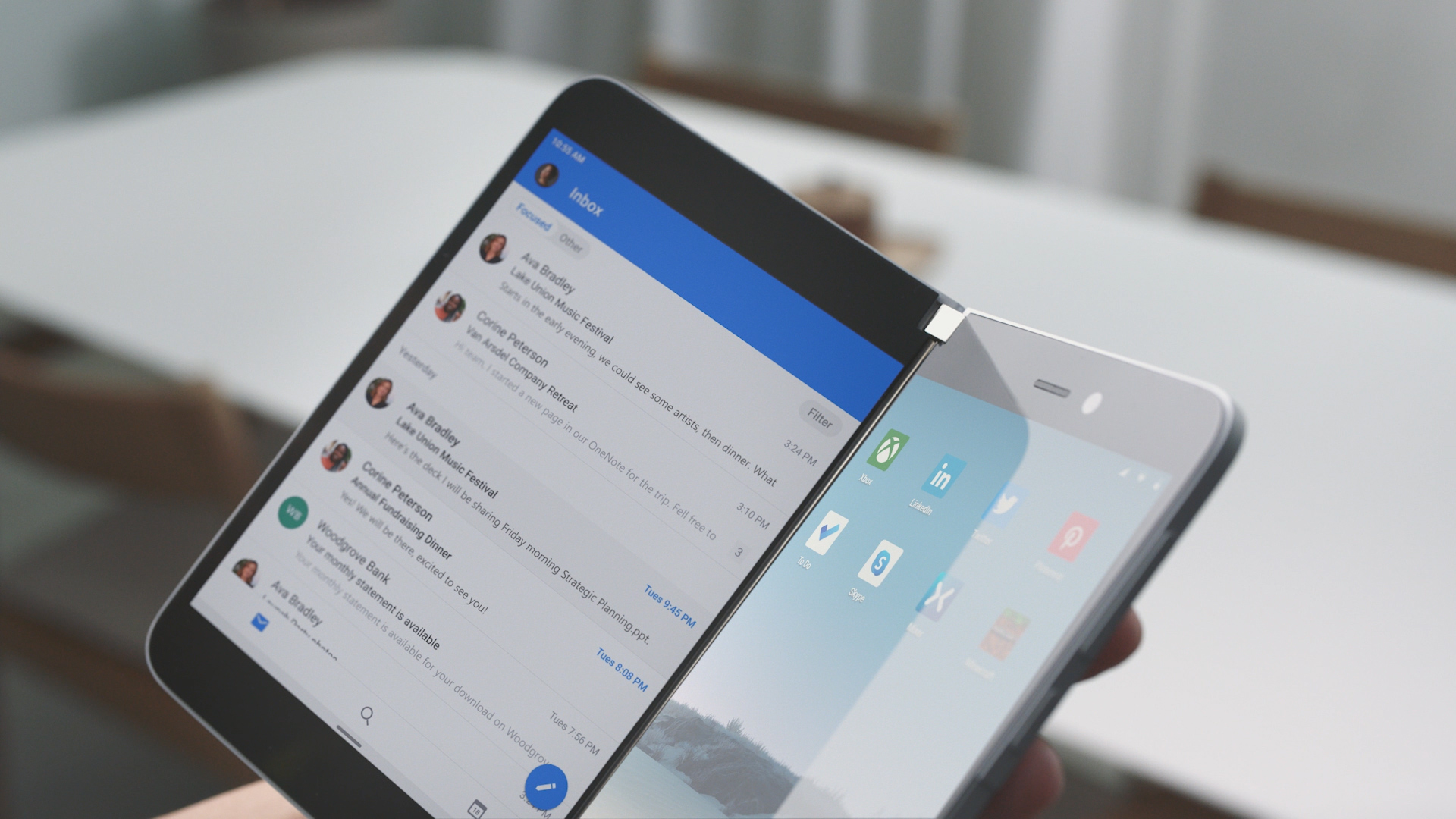 Microsoft has made the Software Development Kit (SDK) preview for the upcoming Android-based Surface Duo available along with documentation and code samples to get developers started. Included in this package are native JAVA APIs which support dual-screen development with full awareness of the hinge and dual-screen Surface form factor, plus an Android Emulator with a Surface Duo image supported by Android Studio for testing apps.

The other dual-screen Surface device, the Surface Neo, will use a new variation of the Windows 10 operating system called Windows 10X. A preview version of that SDK and related developer tools is now available. This kit will also contain key Windows APIs to implement awareness in apps for the dual screens, the hinge and upcoming features in Windows 10X. 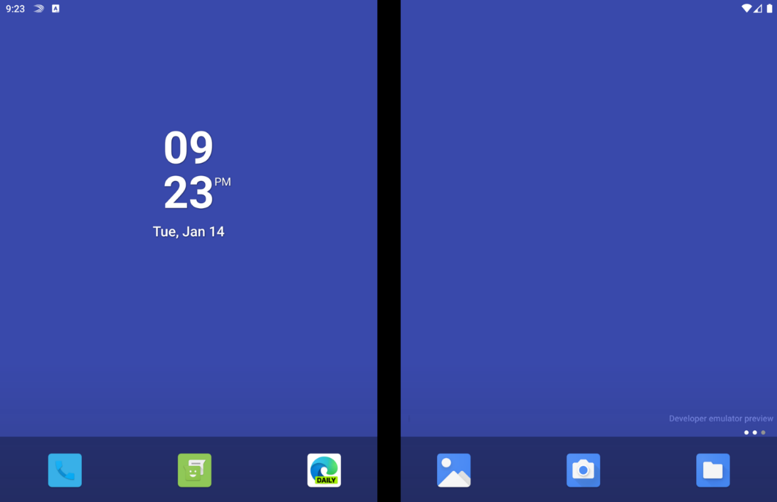 Just like its Android-based sibling, there is also a Hyper-V based Windows 10X emulator available for testing out all these new capabilities for Surface Neo.

In addition to all the new dual-screen features coming for the Surface Duo and Surface Neo, Microsoft’s new Edge browser, which had a stable release made available last month, is also receiving enhancements over the coming months that will establish web standards for dual-screen devices. 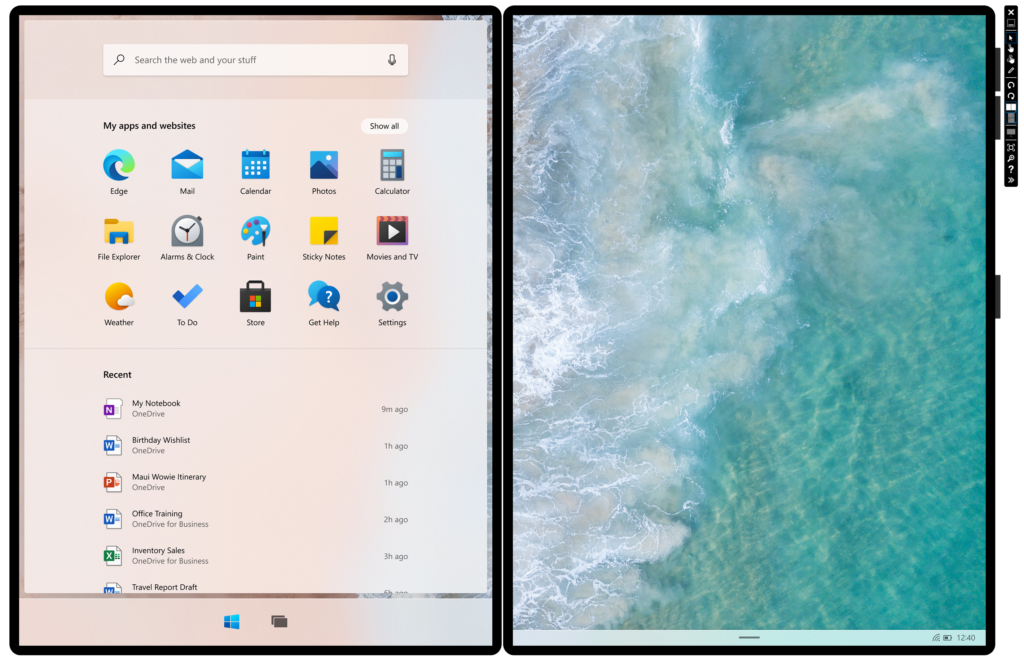 The prospect of dual-screen Surface devices could be a new focal point of productivity for enterprise customers. Ginny Caughey, president of waste-management software company Carolina Software, says the dual-screen approach will expand mobile capabilities, provide for more rugged hardware and also not leave existing apps and software behind.

“The new form factor makes a lot of sense for many mobile scenarios where you’re doing more than one thing at a time: master-detail views of business data is a classic example of something I can envision building,” she said.

Caughey went on to say, “The best part is that existing apps won’t have to be rebuilt to run on the new devices, so there should be no shortage of good software on day one.” She also added that “developers can choose to leverage the new OS features as it makes business sense to do so without being left behind.”

That last part is a critical lesson learned by Microsoft after the failure of their previous attempt at mobile because of the ultimate lack of apps for the Windows Phone and Windows 10 Mobile platform. By making the new dual-screen Surface devices easily compatible with existing apps, which were built for single screened hardware, the user experience should be a good experience.