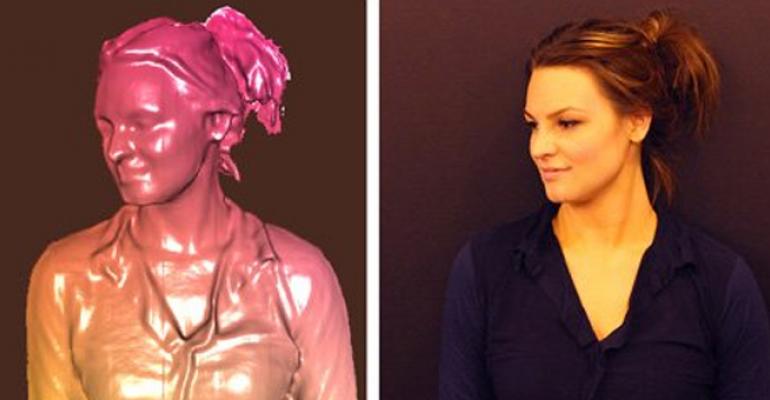 Kinect for Windows code samples released under an open-source license

Related: "Microsoft Kinect for Windows: Is There Anything Cooler from Microsoft?"

I'm a Microsoft MVP for Kinect for Windows, and I've been anxiously waiting for the public release of this significant set of features, tools, and source code. This release is so revolutionary for the Kinect for Windows team that I can only speculate the reason it isn't called Kinect for Windows 2.0 is that they are waiting on a new Kinect device. Let me explain why this is so exciting. The new release now includes two significant features: Kinect Interactions and Kinect Fusion.

As developers, we are spoiled by controls. And we should be! Because there isn't a third-party market for Kinect for Windows controls, the power of building your own controls is often dependent upon the power of the underlying platform. Seemingly, the Kinect for Windows team realized this and built the plumbing into the platform by introducing Kinect Interactions, which supports automatically recognized gestures and lets developers use these gestures that are manifested in controls in our applications.

Kinect Interactions includes push-to-press buttons, grip-to-pan capabilities, and support for smart ways to accommodate multiple users and two-person interactions. Microsoft has invested thousands of hours of research, development, and testing to bring these functionalities to life. This potentially serves to standardize some of the common gestures that we use when interacting with software, ultimately making it simple for end users because of a highly consistent behavior in gestures from application to application. Lastly, this makes it much easier for developers to create NUI (Natural User Interface) enabled software because lower-level functionality has been manifested into the controls.

Kinect Fusion lets you create accurate and complete 3D models with fidelity. You move a Kinect for Windows sensor around a person, object, or environment and paint a 3D image of the person or thing in real time. These 3D images can then be used in real world applications -- ultimately tying the physical world to the digital one. There are endless and exciting use cases for this new functionality ranging anywhere from augmented reality to 3D printing to body scanning and industrial design.

Roadmap for Kinect for Windows

Because the Kinect for Windows team is uniquely tied to the Windows team and Xbox group, they are extremely tight-lipped on their product roadmap. Software platform, tools, and plumbing updates such as these are exciting and powerful. But other 3D camera manufactures are looming, which include Leap, SoftKinetic, and Panasonic. Competition is a good thing. But I just can't help to think that Xbox team hasn't been sitting around doing nothing for two years. There has to be a Kinect 2.0 device looming with a better range and a smaller form factor. My guess is that timeframe would be right around October, when everyone else ships new consumer devices in time for the holidays.