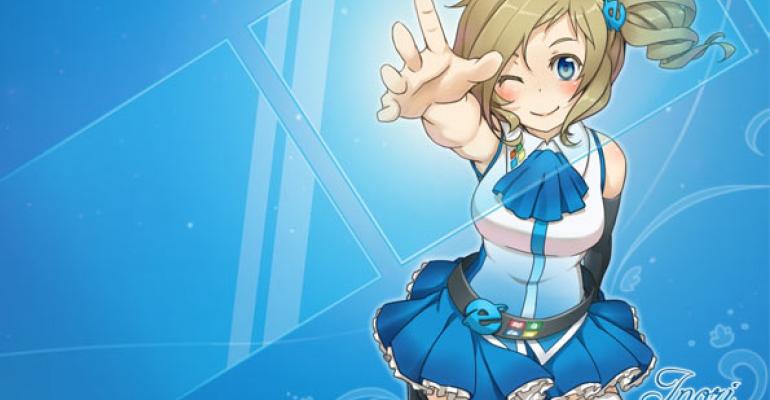 Seemingly launched in tandem with Microsoft's release of Internet Explorer 11 for Windows 7, Microsoft recently released a new ad featuring Inori Aizawa, a cutesy and spunky anime girl who battles robots and malware in an outfit donning the Windows logo on her skirt.

Who is she, exactly? According to Inori's dedicated Facebook page, she's the personification of Internet Explorer. Originally conceived by Collatoral Damage Studios in a blog post that outlines Inori's history and origins, Inori's story and character recognizes that there's negative perception associated with IE in the early days. However, similar to the childhood ugly duckling story, she's grown into a fierce and elegant hero that we've come to know in more recent versions of IE.

Being an ardent lover of anime , I naturally gravitated toward Microsoft's latest marketing campaign. Not only does it recognize that there's negative perceptions surrounding older versions of IE, but it also makes an attempt to convince users to think differently about the browser now. Will this cutesy magical girl be enough to sway users away from the negative perceptions surrounding IE in the past? Only time will tell, but I'm excited to see how Inori's story continues to develop in the future.