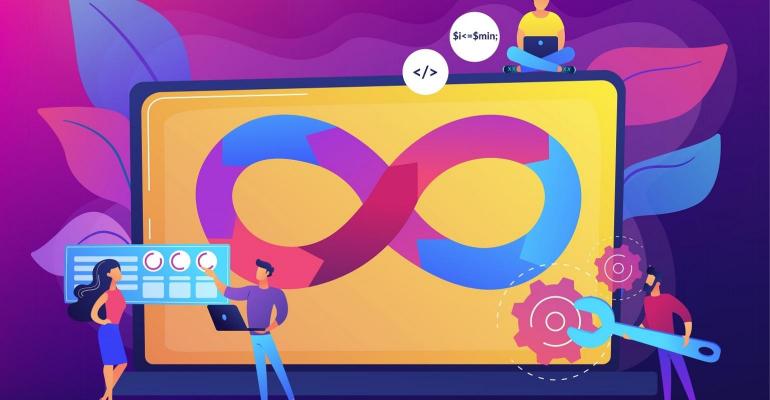 The DevOps Skills of the Future Are Hybrid, Not Specialized

At Interop Digital 2020, Jayne Groll, CEO of the DevOps Institute, said organizations are moving away from a DevOps team comprised of one-skill specialists and more toward a group of staffers who cultivate and grow multiple skills.

There is a lack of skilled DevOps professionals, but few organizations are investing in levelling up and training their own staff, according to Jayne Groll, CEO of the DevOps Institute.

Groll was a speaker at the Interop Digital 2020 conference and delivered a session on Oct. 8 titled, "The Hybrid DevOps Product Team: A New Approach for a New Normal." During the session, Groll outlined some of the highlights from the 64-page Upskilling 2020: Enterprise DevOps Skills Report, which her organization publishes annually. The report is based on a global survey that had responses from 1,653 IT professionals. One of the key top-level findings from the report is that 52% of respondents identified the DevOps journey as “difficult.” That difficulty is spread almost evenly across challenges with people, process and technology.

In terms of people, a key challenge is simply that there aren't enough of them for DevOps roles. The study found that 52% of organizations were either actively recruiting or plan to recruit for DevOps skills. One potential way that an organization can deal with the talent shortage is to train existing staff, or “upskill” them, as Groll referred to it.

"It is a little disappointing to see that only 31% of the respondents said they had some type of formal program for upskilling," Groll said. 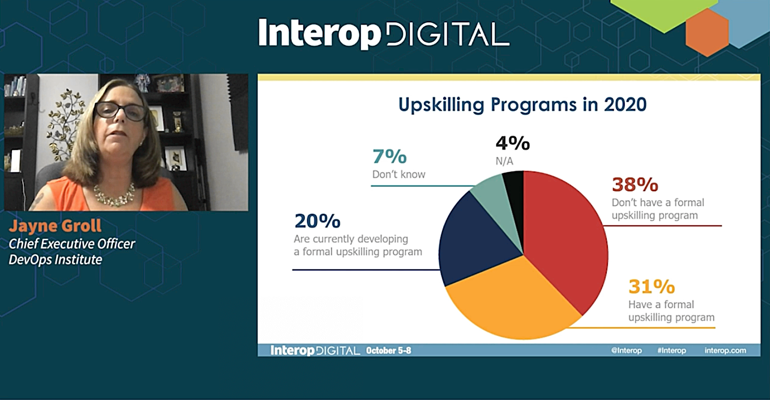 In terms of what DevOps skills are needed, Groll pointed out that what the survey and her own experience has shown is that, in general, organizations are moving away from having employees who are specialists in a single core competency. Instead, what has emerged over the past year is a model where a hybrid DevOps team is comprised of staffers who all have multiple skill sets.

With the hybrid DevOps team, success is measured in a different way as well. According to Groll, the hybrid DevOps product team really focuses on the measurement of value to the customer, as opposed to whether they completed a sprint and then started to pass code downstream.

Looking specifically at non-technical skills required by DevOps teams, the study found that collaboration and co-operation are the top human skills that are desired by organizations.

"You have to be a good collaborator, and that means you have to be comfortable asking other people for their opinion and for their expertise," she said.

While some people might think that it's not possible to train staff to have collaboration and co-operation skills, Groll emphasized that's not necessarily true. In her view, staff can be trained in the so-called "soft" skills that look beyond the technical aspects of DevOps.

While there is a need for DevOps practitioners to have multiple skills, there is one job classification within the DevOps space that is growing faster than others. The role of Site Reliability Engineer (SRE) is the fastest growing role.