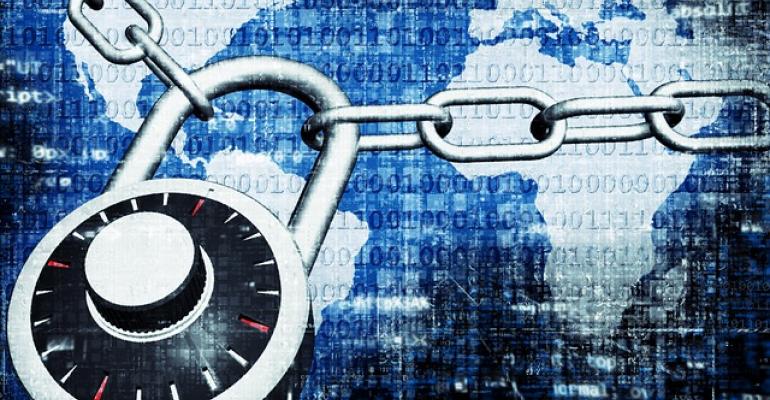 Ask @WinObs: How has Microsoft Stepped Up Privacy Controls in the Windows 10 Fall Creators Update?

Editor's note: We are featuring a past Q&A from Richard Hay's “Ask @WinObs,” available to paid subscribers of the Windows Secrets newsletter. What you see here is just a small sampling of Hay’s writing for the newsletter — see the link at the bottom of the article for more information on how to subscribe.

Privacy has been one of the top issues for many users (and potential users) of Microsoft's Windows 10 operating system.

It has now been two years since the fledgling update to Windows 7 arrived and according to Microsoft's latest numbers it is used on more than 500 million active devices every month.

That number dates back to May of this year when Microsoft shared it during the Windows keynote at Build 2017. It is certainly well short of their initial and very ambitious goal of seeing Windows 10 in use on one billion devices in the operating systems first 2-3 years of existence.

Windows 10 and the new process of Windows as a Service (WaaS) with monthly cumulative updates to address security and system fixes plus two feature updates each year to add new functionality to the OS is an ever evolving process but it is here to stay. Microsoft has made some tweaks to it over the last couple of years as they have listened to customer feedback and figured out what works best in this new agile environment around not only Windows but all of the companies products and services that are adopting similar approaches to product lifecycles.

However, it seems discussions around Windows 10 always circle back to privacy.

Admittedly, the software company was very reluctant to go outside the box in those early days to address privacy concerns with telemetry and mandatory updates. In September 2015, Terry Myerson, the guy in charge of the entire Windows and Devices business within Microsoft, talked about privacy and Windows 10 but it did not go into great detail about what was collected and mainly focused on how the data was used to maintain Windows 10.

Then earlier this year, a few months prior to the release of the Creators Update, Myerson once again took to the official Windows Blog and shared about privacy and Windows 10. This time there were details about a new Privacy Dashboard as part of your Microsoft Account to give you even more control over your data that Microsoft has access to through not only Windows but all of their products and services. He also detailed changes that were made to put privacy choices front and center when you upgrade to the Creators Update, simplifying their diagnostics collection categories to just Basic and Full by removing the Enhanced option, and then minimizing the amount of data they collect at the Basic option to just that which is key to the safe and secure operation of Windows 10.

In a follow on blog post one week before the Creators Updates April release,  Myerson provided further details about the specific data elements they collect through their Windows 10 telemetry service at the Basic Level.

Next month Microsoft will release the fourth major feature update for Windows 10, known as the Fall Creators Update, and they are using this release as another opportunity to continue tweaking the privacy elements of Windows 10. In another blog post on the official Windows Blog earlier this week, Marisa Rodgers, the Windows and Devices Groups Privacy Officer, details further privacy related changes for additional transparency in the Fall Creators Update.

The first tweak builds upon the privacy choices that are part of the setup process and now gives users access to the entire Microsoft Privacy Statement so it can be reviewed prior to upgrading/installing Windows 10.

A further enhancement to the privacy settings during setup is that each privacy related setting on your screen such as location, diagnostics, and ads are all linked to their specific part of the privacy statement. This prevents you from having to read through the entire statement to find that specific information.

The final privacy tweak in the Fall Creators Update expands the already detailed controls for various areas of privacy in the OS by now prompting the user for permissions so the app can access other system hardware/services like your camera, microphone, contacts, calendar, and other areas. Previously you could turn these things off on an app by app basis in Windows Settings>Privacy but now you will see that prompt so that you can explicitly grant that app permission to access those parts of your device and content.

Note: This new permissions model for apps will only kick in after you upgrade to the Fall Creators Update so be sure to review your existing privacy settings for those apps you already have installed.

You know, when you pair these changes to privacy relating to Windows 10 and the fact that Microsoft has taken a calmer approach to pushing out these feature updates as detailed by Ed Bott over at ZD Net this week, maybe Microsoft is finally gaining some balance and getting their feet under them in this WaaS world.

Since Windows 7's extended support ends in January 2020, less than 2 1/2 years from now, these are important steps in gaining users trust and establishing system reliability. The last thing Microsoft wants to see happen is users staying on Windows 7 well after its official support ends. They do not want a repeat of Windows XP which ended up receiving extended support for two additional years past its scheduled end of support in April 2012 because so many users stayed on the expired OS. Personally, I do not see this happening with Windows 7 no matter what.

Are there any concerns holding you up from moving over to Windows 10 at this point?

Go here for more information on how to subscribe to the Windows Secrets Newsletter.