Data Center Knowledge, a sister site to ITPro Today, is a leading online source of daily news and analysis about the data center industry. Areas of coverage include power and cooling technology, processor and server architecture, networks, storage, the colocation industry, data center company stocks, cloud, the modern hyper-scale data center space, edge computing, infrastructure for machine learning, and virtual and augmented reality. Each month, hundreds of thousands of data center professionals (C-level, business, IT and facilities decision-makers) turn to DCK to help them develop data center strategies and/or design, build and manage world-class data centers. These buyers and decision-makers rely on DCK as a trusted source of breaking news and expertise on these specialized facilities. 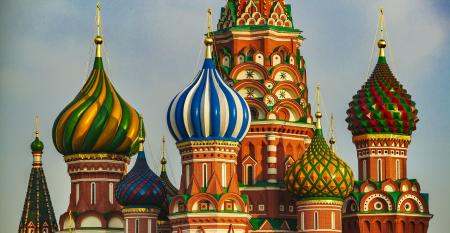 Russian Cybercrime: Is Extradition Ahead?
Jun 15, 2021
Russia has long been the world's biggest haven for cybercrime. On Sunday, Russian President Vladimir Putin said that this would change...

Is the US Government Doing Enough About Ransomware?
Jun 10, 2021
The government is taking cybercrime more seriously than ever, but it should do a lot more than it has done so...

Vapor IO, VMware, and Zayo are Building 'Multi-Cloud Services Grid' for Edge-to-Edge Connectivity
Jun 09, 2021
The Open Grid Alliance's vision of an edge-first internet is becoming a reality with the announcement of Multi...

Application Delivery from Google Cloud with Citrix ADC
Looking to optimize your app experience across multi-cloud environments? Register here for a live webinar on 6/23

Cloud Costs Inching Up, Most IT Shops Use Hybrid Architectures, Survey Finds
May 27, 2021
Cloud infrastructure costs likely went up because the pandemic drove up demand for cloud services.

CyrusOne’s Hybrid Cloud Business Strategy Leans On the Basics
May 25, 2021
In the next installment of our series exploring colocation providers’ strategies around hybrid cloud we look at CyrusOne.

Google to Shift Workloads Between Data Centers to Follow Clean Energy
May 19, 2021
Its “carbon-intelligent computing platform” will process one-third of Google’s non-production workloads next year.

‘Personalization’ at the Core of Flexential’s Hybrid Cloud Strategy
May 14, 2021
In the next installment of our series exploring colocation providers’ strategies around hybrid cloud we look at Flexential.

Why AppScale Thinks Eucalyptus Will Beat AWS Outposts in Hybrid Cloud
May 12, 2021
The champion of the open source alternative to proprietary hybrid cloud frameworks says its flexibility is unrivaled.

Red Hat Talks CentOS Past, Present, and Future
May 11, 2021
Making the case for CentOS Stream, Red Hat experts promise that the much more frequently released updates will be stable.

Thinking About Cloud vs On-Prem vs Colocation Has Gotten Smarter
May 11, 2021
Companies aren’t rushing to move all workloads to the cloud, but they aren’t sticking to old on-prem models either, survey shows.
Load More