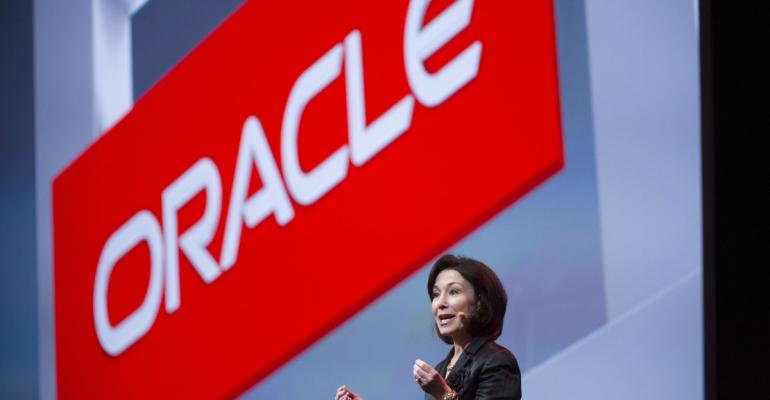 Said Oracle's Safra Katz: "I never heard of something like a single cloud and I would challenge anyone to point at a significant commercial customer who has one cloud.”

(Bloomberg) --Oracle Corp. Co-Chief Executive Officer Safra Catz said she discussed the U.S. Defense Department’s cloud-computing contract with President Donald Trump, and understands that the Pentagon’s plan is to find only one provider.

"It just made no sense,” she told journalists at Oracle’s offices in Petach Tikva, Israel. "I never heard of something like a single cloud and I would challenge anyone to point at a significant commercial customer who has one cloud.”

The Pentagon intends to award a single contract for multi-year cloud services. The contract could go to one team made up of multiple companies. A final request for proposals, which outlines a contract as long as 10 years, is scheduled to be released in May and awarded by the end of September.

Catz, who shares the title of CEO with Mark Hurd, usually keeps a lower profile than her colleague, except when it comes to Oracle’s affairs in Washington, D.C. Bloomberg reported earlier that she criticized the bidding process at a private dinner with Trump earlier this month.

Catz added that the procurement process seemed designed to benefit Amazon.com Inc.’s AWS, which rivals some of Oracle’s computing and storage products. "I have no idea why they were given unfair advantage,” she said Monday. "I have no idea why anyone would think that is a good idea.”

Trump told her that "he was very confident that the Pentagon would have a fair review,” she said.

Israeli-born Catz served on the executive committee of his transition team before he was sworn into office, and later joined his administration’s American Technology Council, which focused on government modernization.

Under Catz, Oracle has orchestrated a transition to cloud-based products after decades as a mainstay of traditional corporate computing software. The shift hit a snag when the company’s cloud sales growth slowed down, sending its stock tumbling the most in more than six years last month.

The Redwood City, California-based company was a late entrant to the cloud, and has continued to face stiff competition from rivals including Amazon.com Inc., Microsoft Corp. and Salesforce.com Inc., all of which have continued to boost their internet-based software offerings.

Catz said the company’s numbers last year were impacted by a change in the licensing model that gave the impression of slower growth. "As this evens out, I think we will start to see cloud acceleration that is very significant. But I don’t want to time that right now.”