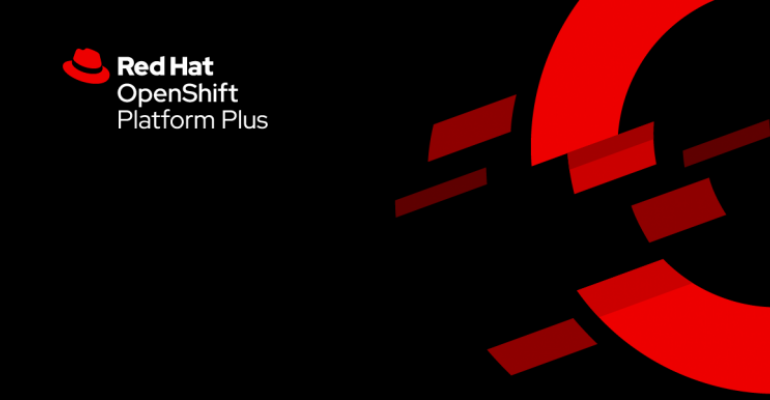 At the virtual Red Hat Summit it was announced that there's a new OpenShift in town.

By that we don't mean a new version number applied to Red Hat's Kubernetes platform, with maybe an added feature or two to keep you on the upgrade wagon. The company is talking about a new OpenShift with a new name: OpenShift Platform Plus.

"OpenShift Container Engine, OpenShift container platform, and Openshift Platform Plus, all three of those will still be on the books and we will offer them, absolutely," Stuart Miniman, Red Hat's director of market insights, cloud platforms, told ITPro today. "But, from a positioning standpoint, when we start a conversation with a customer today [and] talk OpenShift, we're likely starting with Openshift Platform Plus."

So, what makes this OpenShift Platform Plus so special?

Basically, it takes three management products from Red Hat's arsenal and integrates them into its Kubernetes platform. These products are:

Red Hat Advanced Cluster Management, which is sometimes referenced as "Kubernetes anywhere" because it can manage clusters across countless edge locations while offering a single view of an entire hybrid multi-cloud Kubernetes deployment.

"Advanced Cluster Management can not only monitor, but, in an OpenShift environment, it can do a lot of the management and some of the automation for managing all of your clusters," Miniman said. "Specifically, for OpenShift, it has the hooks and the knowledge as to how those work. If a customer for OpenShift goes into their portal, they can set policies and they can manage a lot of things for their full environment. If I have some non-Red Hat Kubernetes, it does give some visibility into those, and depending on the API's, there's sometimes a little bit more that it can do there."

Advanced Cluster Management has been available as a separate, standalone product to use alongside OpenShift

Red Hat Advanced Cluster Security for Kubernetes, which is an important addition to OpenShift's Kubernetes platform because securing a container infrastructure that spans multiple clouds and multiple edge locations is much different than securing the containers that are confined to a single on-premises data center.

"Securing the supply chain, securing the infrastructure, securing the workloads: that's where StackRox lived and the reason we bought them," Miniman said, "and we're putting into the OpenShift Platform Plus that component."

Red Hat Quay, which is a global, scalable and secure container registry for a consistent build pipeline that spans infrastructures. This began life as a private container registry developed by Quay.io; subsequent acquisitions brought it into Red Hat’s portfolio three years ago.

Having a private registry is useful for DevOps teams, because it gives them a place to keep software that they're developing in house separate from software they license from vendors.

Miniman said that Quay, ACS and ACM will remain available as standalone products to use with OpenShift and other Kubernetes platforms, either in an on-prem data center or in a cloud environment. However, he emphasized that there are financial benefits to embracing the OpenShift Platform Plus Kubernetes platform.

"This will be our lead offering now for OpenShift, just because there's not a customer that you're talking to that doesn't need security," he said, referring to the new Kubernetes platform. "The registry is obviously a core component that people are going to use, and the advanced cluster management is obviously an important piece. It's making it easier for our customers to have this this full offering. It's a substantial discount compared to if in the past you bought Red Hat OpenShift and bought the three individual pieces."

Red Hat OpenShift Platform Plus will be generally available in May.