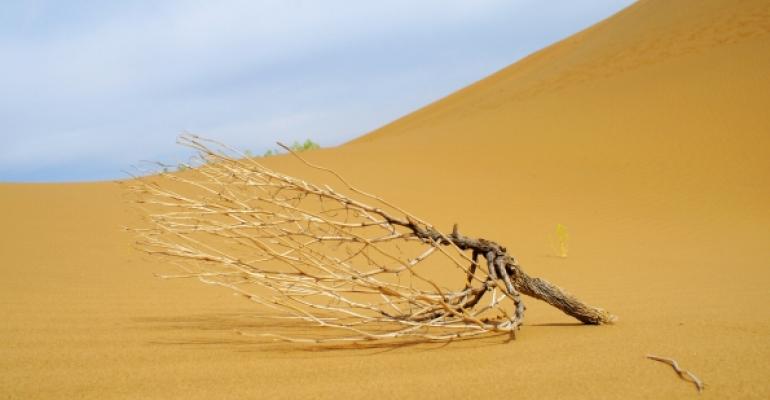 Recently I posited that branding is dead. You can read the entire article here. But another effort is also dead.

A Patchwork of Services

Regarding branding, the bottom line was this: As we begin to assemble solutions comprised of separate, component services—for example, a SharePoint team site with a Yammer newsfeed and one or more other apps—it becomes a futile battle to maintain consistent branding across a quilt-like patchwork of services.

The End of the Unified User Experience

To illustrate this trend, I’ll use specific examples: iOS and Windows “Metro” UIs. You may or may not agree that these, in fact, represent excellent user experiences, but you’ll be able to see the underlying challenge nonetheless.

It wasn’t necessarily the first, but it certainly found the magic formula of functionality and design to make it possible to work, with one’s fat fingers, on small and large pieces of glass. There were design elements that just worked beautifully.

Another excellent UX was the original Windows Metro UX—superbly implemented in the short-lived Zune, pretty well done in Windows Phone, and slowly disintegrating in Windows 8 and 8.1.

There’s always something peeking in from the edge to remind you that you can scroll to see more.  It’s like looking at a large document through a magnifying glass, and moving the glass to see more.

Windows 8 added some really beautiful UX elements.  First, there was “universal” search. Wherever you were, you would swipe from the left to access the search charm. Same with settings. Same with sharing.

Then Microsoft Broke Its Rules

But good design breaks down for many reasons.

Starting with the just-mentioned Windows 8 UX elements, Microsoft started breaking its own rules by, for example, building a search box directly into the Windows Store, XBox Music and Bing Maps.

Other well-intentioned design didn’t yet succeed—and might never succeed—because Microsoft didn’t embed good user tutorials until just recently, so people couldn’t figure out how to make Windows work, or even shut down.

The Bigger Threat to UX Design

There’s a much bigger, more direct, and more important threat to UX, however: services.  Services that, by their nature, define and own their unique UX and play by nobody’s rules.  Case in point: Facebook.

I love Facebook, really, and have found a place for it in my personal and professional life. I’m obviously not alone.  But I hate what Facebook has done by being such a blatant example of crappy design trumping good design.

Facebook on iOS.  Really!?  Can anyone over the age of puberty get their fingers to accurately touch the miniscule buttons the Facebook app uses for notifications, chat, and friend invitations?

And what about the itty bitty LIKE text links? They’re soooooo tiny!

While other iOS apps are super touch friendly, Facebook just scoffs and applies design principles that make Windows Mobile look like the king of touch UIs by comparison.

And Facebook on Windows 8 and Windows Phone?  It looks exactly like it does on iOS (just with less functionality).  Exactly.

No metro-like experience of beautiful scrolling, which did exist in the Microsoft-driven Windows Phone 7 original version of the Facebook app.  Exactly the same as iOS.

Why? Because to Facebook, what matters is that their users get a common experience, regardless of what device exposes their service, or what (better) design principles they could follow to create a seamless, unified UX.

And that’s the crux of the problem, just as we discussed with branding. As you start pulling in services to assemble a solution, you’re going to be committing yourself to the UX of each of those services.

More often than not, you’re going to be managing a mish-mosh of UXs in your SharePoint team sites, social sites, and intranet, as well as across your devices.

Sadly, it’s not worth fighting, because, in the end, customers of all sizes—from individuals like me “sucking it up” with the lame Facebook app’s UI to enterprises wishing to create a solid, unified, and seamless UX for their team sites—will sacrifice design in order to get the functionality they need.

So what’s the enterprise, and the branding or UX expert to do?  Stay tuned.