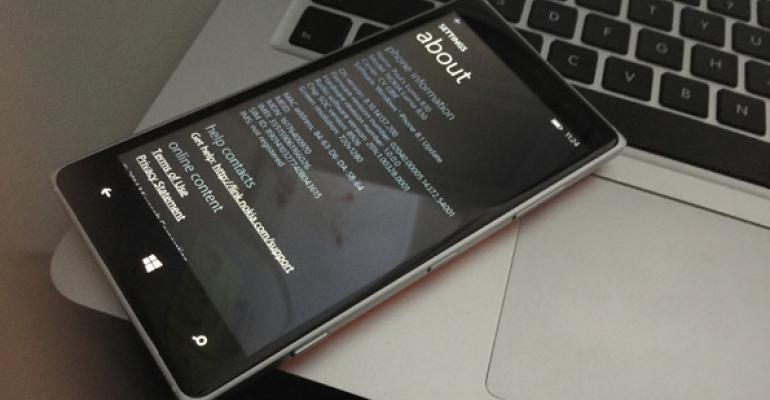 And possibly other Windows Phone handsets too

Microsoft, if you have an opening for "director of communications, Windows Phone," please let me know. You're just not doing this right.

I found out about this functionality via the sidebar in Google News, and looking at the original source—a support page at Microsoft's Mobile Devices site—one has to wonder why this wasn't more openly broadcasted. Come on, guys. This stuff is important to the few people still advocating for your mobile platforms.

Anyway, here's what we do know: The latest update to Windows Phone 8.1—8.10.14219.341, which Microsoft quite incorrectly identifies as "Denim" (which is really just a Lumia-specific firmware update that is tied to Windows Phone 8.1 Update 1)—enables support for downloading phone software updates to a microSD memory card. This makes a lot of sense since most new Windows Phone handsets provide very little internal storage, but can be expanded via microSD.

First, it's not clear that this functionality applies to non-Lumia devices. The Microsoft Devices support page, as you might expect, only discusses Microsoft's own devices. (And by commingling the source of this new feature with a Lumia firmware update, Microsoft isn't really helping matters.)

(On a side note, even though the Lumia 830 actually comes with both Windows Phone 8.1 and the Lumia Denim firmware, it doesn't yet support a number of features that Microsoft is promising, including this SD card OS download functionality and the Lumia Camera app, among others. Presumably, even though this phone already has Denim, it will be updated to the latest OS and firmware updates. Eventually. For the record, the OS version on my own Lumia 830 is 8.10. 14157.200, which is older the version noted above.)

Confused? Welcome to my world.