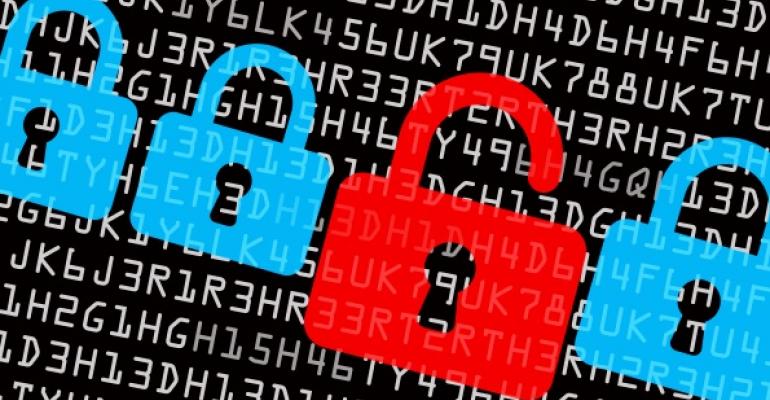 A secure way to reset and store Administrator account passwords

You can overcome both of these problems using PowerShell.

After this, the function frees the BSTR from memory. This step is necessary because a BSTR is an unmanaged data type, which means the .NET Framework doesn't free it from memory automatically. Finally, the function outputs the resulting String object, which contains the plaintext version of the secure string.

The ConvertFrom-SecureString cmdlet achieves its encryption using either the Windows Data Protection API (DPAPI) or a specified encryption key (using the -Key or -SecureKey parameter). If you omit the -Key or -SecureKey parameter, the cmdlet uses the Windows Data Protection API (DPAPI), which in practice means that the encrypted string can only be decrypted by the same user account that encrypted it. If you save the encrypted string to a file and try to decrypt it from a different account, the decryption will fail.

I didn't use the -Key or -SecureKey parameters to encrypt the password in Figure 2, so I can only decrypt the password using the same user account. Figure 3 shows what happens when I log on using a different account and try to decrypt the encrypted password. As you can see, the decryption fails and PowerShell throws an error.

As I noted previously, all Windows machines have a built-in Administrator account, but the account isn't always named "Administrator." Non-English versions of Windows use a different name for the account, and it's possible to rename the account manually or with a policy. Because the name might be different on different machines, it's better if the script figures out the correct account name programmatically.

The problem you run into is that local accounts don't have a property containing a string copy of the SID. Instead, local accounts have the objectSid property, which is a byte array rather than a string. To convert the objectSid value into a string, you can create a SecurityIdentifier object using the objectSid property as input. The Get-AdminAccount.ps1 script shown in Listing 4 illustrates this technique. This script gets all the child objects from the current computer and skips objects that aren't users. Callout A highlights how the script creates a SecurityIdentifier object from the objectSid property. If the SecurityIdentifier object's Value property (i.e., the string representation of the SID) ends with 500, the script has discovered the Administrator account. After it finds the Administrator account, it outputs the account's name and SID, then exits from the foreach loop using the break statement. Figure 4 shows sample output from the script.

Putting It All Together

Perceptive readers might note that the SetPassword method for the user object (see Listing 1 and Listing 2) requires a plaintext copy of the password, so Reset-LocalAdminPassword.ps1 has to use the ConvertTo-String function (see Listing 3) to convert the SecureString object into a String object first. This means that the plaintext password is temporarily visible in RAM while the script executes. Unfortunately, there's no way around this limitation because the SetPassword method can't use a SecureString object. However, this is still more secure than the obfuscation provided by Group Policy or storing the password in plaintext in the script.

Seeing the Scripts in Action

Figure 5 shows a sample PowerShell session in which the New-SecureString.ps1 and Reset-LocalAdminPassword.ps1 scripts are executed. The first command uses the New-SecureString.ps1 script to create an encrypted password and store it in a file named P.txt. Remember that only the account that creates this file can decrypt the password. The second command creates a SecureString object by decrypting the password stored in the P.txt file. Finally, the last command uses the Reset-LocalAdminPassword.ps1 script to reset the Administrator account's password on the local computer using the SecureString object. Naturally, elevated privileges are required to reset the Administrator password on the local machine. (I right-clicked the PowerShell icon and used the Run as administrator option. The title bar of the PowerShell window reflects this.)

Because the Reset-LocalAdminPassword.ps1 script's -ComputerName parameter accepts pipeline input, you can also use a command like this:

This command would reset the local Administrator password for all the computers named in the ComputerList.txt file.