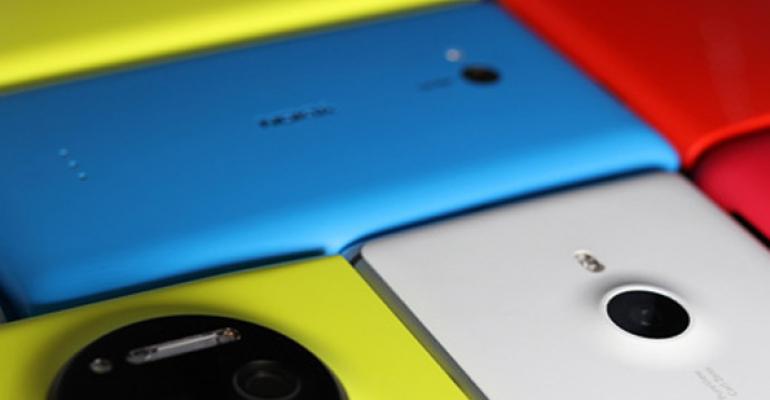 Nokia this week answered some key questions about the rolling release schedule for "Amber," a major update for its Windows Phone 8-based Lumia handsets that is a companion of sorts to Microsoft's GDR2 update. All Lumia users should have Amber by the end of September, the firm noted, though the capabilities you'll see will vary from phone to phone.

The following information was provided by Nokia in the post Lumia Amber – your questions answered:

Which phones. Amber is heading towards all Lumia 920, Lumia 820, Lumia 720, Lumia 620 and Lumia 520 and their variants, Nokia says. In other words, all Windows Phone 8-based Lumia handsets will receive Amber.

When. The big question, of course, concerns when this update will appear. Some users, notably Lumia 920 users on AT&T in the USA, are getting a bit nervous about this. But Nokia says that it expects all Lumia users to have Amber by the end of September. "The update will be rolled out in a phased manner," Ian Delaney notes. To find out more, visit Nokia's Software Update for Nokia Lumia with Windows Phone 8 support page. (And check out the "Availability in" subsections on the menu at the left of the page.) You'll see that for some phones on some carriers, the answer is "coming soon" or "waiting for approval." The former is "better" in that it means your update has been approved and is being scheduled. The "waiting for approval" note means the carrier hasn't yet approved the update to be rolled out on its network.

Why the phased rollout. Nokia kindly says that it is "running multiple tests with various country variants and operators" to "ensure the software update meet [its] quality standards." Truth is, it's the carriers, not Nokia, that hold up the release. All carriers are slow. But some are slower than others.

Which features on which phones. As with all Windows Phone updates, what you see will vary from phone to phone. There are two reasons for this. One, not all phones have the hardware features necessary to enable all Amber features. Two, some carriers will block certain features on their network, or even on certain phones. More specifically, the "double tap to wake up the phone" feature in Amber is not supported on Lumia 720, Lumia 720T, Lumia 625, Lumia 620, Lumia 521, Lumia 520, or Lumia 520T. But the "flip to silence" feature is available to all Lumia Windows Phone 8 phones.

Pro Camera. Nokia's amazing Pro Camera app really shines on the Lumia 1020, and with Amber, users with Lumia 920, 925, and 928 can get the app as well. Why not other phones? "Nokia Pro Camera is a high-end imaging application that requires a lot from both hardware and software," Delaney explains. "Therefore, we have initially optimized the application for the high-end Lumia smartphones, including the Lumia 920, Lumia 925 and Lumia 928." Does this means that Pro Camera might eventually filter down to some mid-range (7xx/8xx) models? Sounds like it.

FM radio. The new FM radio feature is really part of GDR2, not Amber. But Nokia notes that the Lumia 620, Lumia 810 and Lumia 928 do not have the FM radio chip required to use this feature, so you won't see it on those devices.