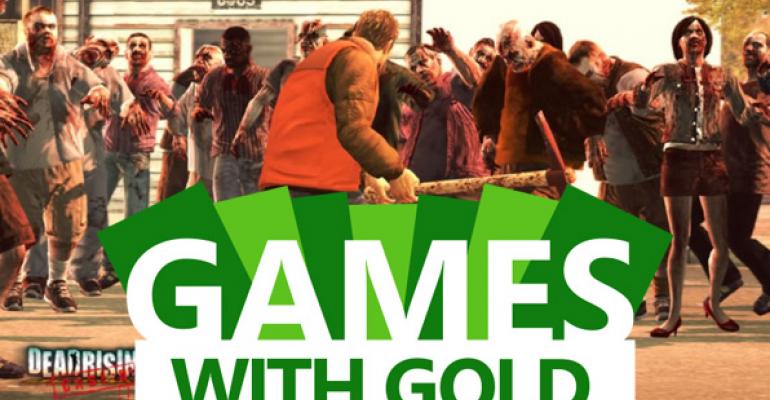 As you may recall, Microsoft promised at this year’s E3 conference that it would be giving Xbox Live Gold subscribers two free Xbox 360 games each month through the launch of the Xbox One in November. And since its August 1st, a new round of game giveaways is beginning.

You need to act fast, however, as each “Games with Gold” giveaway is a time-limited download. So you can download the first of August’s offering from now through August 15. And then the next from August 16 through August 31.

Available through the middle of the month, Crackdown (normally $14.99) was packaged on release in early 2010 with free entry into the Halo 3 Multiplayer beta, which I’m sure sold more than a few copies. But as I noted in my Crackdown for Xbox 360 Review, the game is also surprisingly excellent. “Loosely modeled after the popular but abhorrent Grand Theft Auto (GTA) games, Crackdown offers the same style of loose, wide-open game play, along with heaping helpings of admittedly comic book-like violence,” I wrote. “No, Crackdown isn't a game for the kids. But then it's not as silly and questionable as GTA either. In fact, Crackdown is a surprisingly good and even somewhat addictive game.”

“Crackdown is a first-rate game and an excellent addition to any action-oriented Xbox 360 gamer's library. What first appears to be a GTA rip-off is in fact a rich and deep game title with all kinds of potential and long-lasting playability. It’s fun on many levels, and you'll find yourself whiling away hour after hour as you attempt to complete the ever-elusive and devilish Achievements. No, it's not for kids. But Crackdown is good, old-fashioned fun, served up comic book style. Highly recommended.”

Available from mid-month on are both Dead Rising 2 and the Dead Rising 2: Case Zero add-on, which are normally $29.99 and $4.99 respectively. I’ve never played either, but I recall the first game being a big deal. According to IGN, Dead Rising 2 is “great”—an 8 out of 10 rating—and the Case Zero add-on is just OK (a 6.5). But free is free, and given the recent popularity explosion of all things Zombie, I suspect many will be happy to get both.