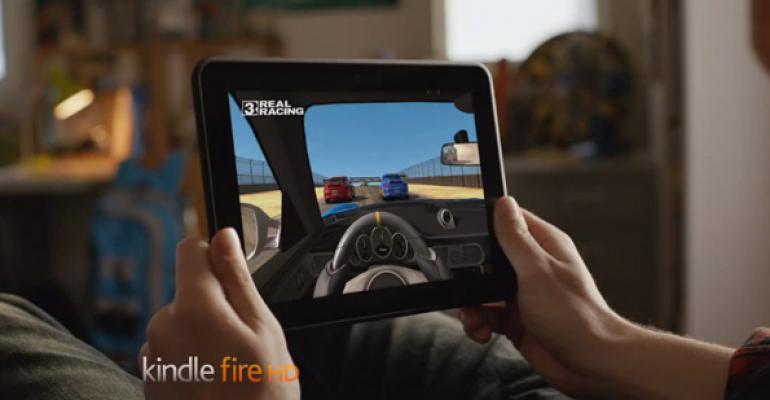 It’s pretty clear that the tablet market is being subsumed by low-cost entries, just as the PC market was previously by the netbook. Leading the race to the bottom is Amazon, of course, which today lowered the price of its full-sized Kindle Fire HD 8.9 tablets pretty dramatically.

To put these prices in perspective, Apple’s iPad—which has just ceded control of the tablet market to Android-based devices like the Kindle Fire HD lineup—starts at an incredible, budget-busting $499 for that base 16 GB version. And an iPad with 4G LTE capabilities and 32 GB of storage will set you back an incredible $729. So Amazon’s devices costs $230 and $330 less than the equivalent iPads, respectively.

(Amazon offers other versions of the Kindle Fire HD 8.9 as well. For example, their non-LTE version comes in a 32 GB model, and you can get LTE with 64 GB for $499. So the price of the most expensive Kindle Fire HD 8.9—which includes LTE wireless and 64 GB of storage—is the same as the lowest-end iPad with no LTE and just 16 GB of storage. Granted this model comes with “Special Offers” sponsored screensavers that you can pay an additional $15 to remove.)

Additionally, Amazon announced that the Kindle Fire HD 8.9 is now available in the UK, Germany, France, Italy, Spain and Japan.

In my December review of the Kindle Fire HD 8.9, I recommended the device for people who prefer larger tablets. It’s certainly a better deal than the iPad in particular, and is generally cheaper than most other comparable Android-based tablets too. Google, for example, charges you fully $399 for a base 16 GB model of the Nexus 10, where the Kindle Fire HD 8.9 costs just $269. As for Windows-powered tablets, you know the story there as well: The Surface RT starts at $499, as do most other RT-based devices.