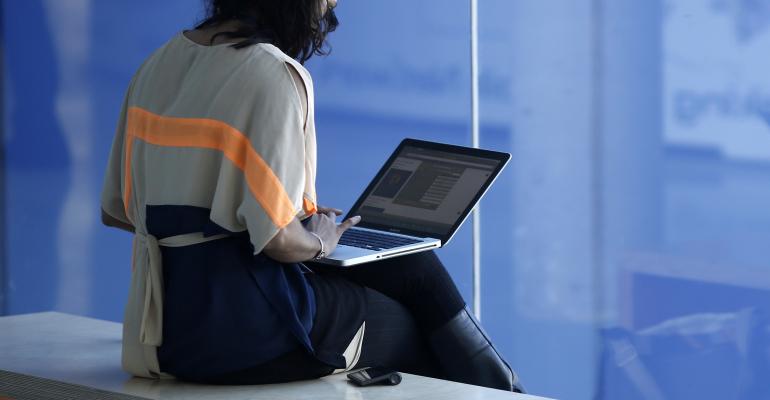 Women in Tech Score Symbolic Wins, But Cash Is Still Hard to Get

So far this year, the industry’s post-#MeToo awakening hasn’t translated into a cash windfall for many female founders.

(Bloomberg) --For the past 21 years, serial startup founder Stefania Mallett has been seeking venture capital, usually from white male investors. Late last week, she finalized her biggest investment yet, $100 million to grow EzCater Inc., a startup she co-founded 10 years ago to connect businesses with catering from local restaurants. "When the wire transfer came through, I thought, I've never seen that much money in my life," Mallett, 62, said.

EzCater's funding round is the largest secured by a female founder and CEO in tech this year. It matches wedding planning company Zola, co-founded by Shan-Lyn Ma, which also raised $100 million in May. Mallett, who had previously raised $70 million for EzCater, credited her success to a refined approach to pitching. "I think the environment has gotten only slightly less difficult," she said. "But I've changed. I've learned to tell my story in a way that is more gender-blind, and that means focusing almost entirely on data."

A recent spate of headlines from the venture capital world might give the impression that the historically male-dominated industry has turned a corner. Besides big funding rounds like EzCater’s, in May Bain Ventures added its first-ever female investment partner, and Greylock Partners added its second (after losing the first). The month before, Redpoint Ventures named its first woman general partner. It followed other storied institutions like Union Square Ventures, Benchmark and First Round Capital, who all marked the same milestone in 2017.

When it comes to where capital is flowing, however, it's a different story. So far this year, the industry’s post-#MeToo awakening hasn’t translated into a cash windfall for many female founders. According to a Bloomberg analysis of the first quarter data for the 250 largest venture capital deals, only 12 of them went to female founders and all-women founder teams—barely up from nine in 2015. The share of deal volume to all-female founder teams, meanwhile, crept up to 4.8 percent from 3.6 percent in 2015. And of the 496 founders who participated in those 250 deals, 45 were women, or 9.1 percent, up from 6 percent three years ago. 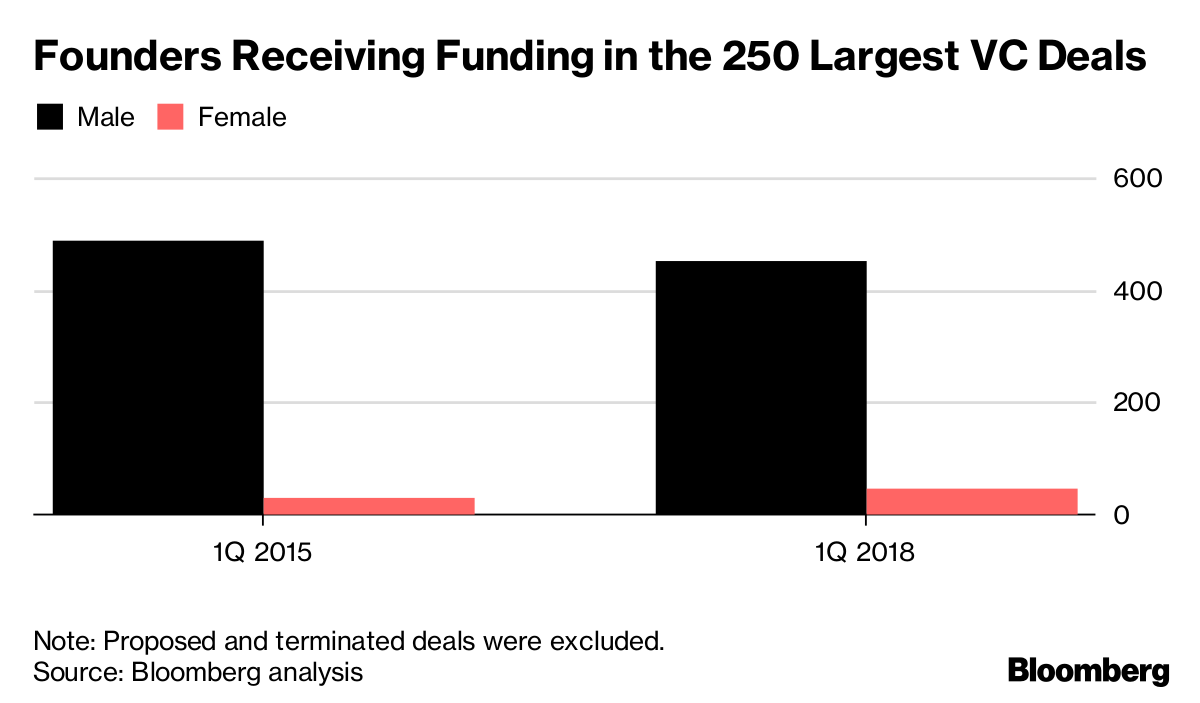 The sluggish rate of change has often been attributed to the demographics of VCs. According to the National Venture Capital Association, 89 percent of partners at venture firms are male. “I don’t think [the imbalance of startup capital] changes until we have more female venture capital partners,” said Stacey Ferreira, founder of San Francisco-based startup Forge Technologies.

But even adding more women investors is hardly a cure-all. As a Bloomberg analysis found last year, the biggest venture firms with female partners were no more likely to back women founders than were all-male firms. And many of the most successful women entrepreneurs received no backing from female VCs.

Tech leaders are increasingly accepting that there’s no catch-all solution. Max Levchin, CEO of Affirm Inc. and a co-founder of PayPal, has tried to “actively recruit strong female candidates,” add leadership development programs, and make an effort toward “reviewing our interview process and looking for places we could eliminate unintentional bias.” Today, over a third of the company’s manager-or-above employees are women. Awareness of the problem is high, Levchin said, but “talking about it isn’t a replacement for action.”

Some VC firms, too, are taking a more aggressive approach. BBG Ventures, led by former Gilt Groupe CEO Susan Lyne, looks for companies with at least one female founder. Forerunner Ventures, started by Kirsten Green, has seen success betting on women-led projects in e-commerce. And the Female Founders Fund, with a self-explanatory mission, raised $27 million for a new seed fund in May.

But these moves may take some time to show up in industry data. Chamath Palihapitiya, co-founder of VC firm Social Capital, believes it will take more high-profile female founder exits before the larger VC community takes notice. “The unfortunate reality is that Silicon Valley is not going to change until the economic incentives are there to change,”  Palihapitiya said. “When we have examples of more diverse teams succeeding, which they will, the rest will copy.”

That means the eventual checks cut to women in tech may depend on how companies like EzCater perform over the coming months and perhaps years. If diverse companies and diversity-focused funds flourish, expect the industry to line up to back more of them. If not, real progress might still be a long way out.