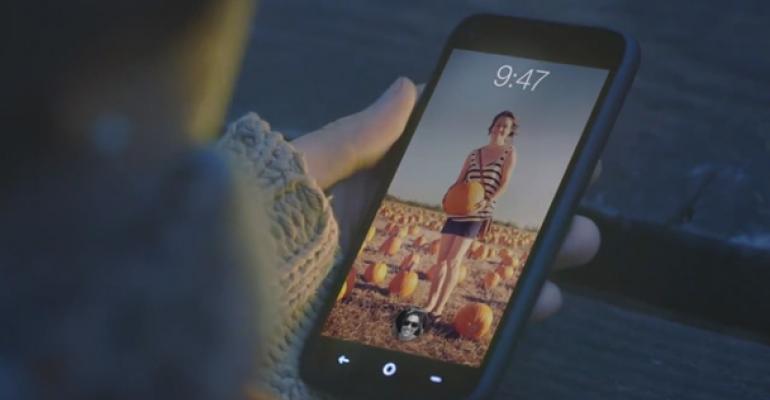 Excited by the people-centric and integrated design of Windows Phone in early 2010, I set out to write a book about the then-coming platform, convinced that it represented the future of mobile computing. No, not because Windows Phone would suddenly leap-frog iPhone and Android, but because Apple, Google, and others would simply start copying Windows Phone’s best ideas. And so they have.

Three years later, there are many examples of this copying, some more bald-faced than others. Apple integrated Twitter and then finally Facebook into iOS, allowing iPhone users to easily share photos they took with their handsets, just like Windows Phone users had been doing for two years by that point. Google Now is of course the most impressive example, since it apes the central design philosophy of Windows Phone in a single app: Integrate with important online services in a seamless way.

And now we have Facebook Home. And even Microsoft is (finally) complaining about the idea theft.

“I tuned into the coverage of the Facebook Home event yesterday and actually had to check my calendar a few times,” Microsoft communications chief Frank Shaw wrote in a post to the firm’s official blog. “Not to see if it was still April Fools Day, but to see if it was somehow still [2010]. Because the content of the presentation was remarkably similar to the launch event we did for Windows Phone two [and a half] years ago.”

Shaw’s apparent outrage is understandable, but come on. Did you guys really think the competition was going to let you have all the good designs to yourself?

In fact, let me turn this discussion on its head. Shoot back in time to any random date about a decade ago and the big discussions around Microsoft would have revolved around two basic issues: Its then-current antitrust woes and its reputed lack of innovation. At the time, I would have argued that while Microsoft rarely took the initiative and pushed anything truly new on its user base, there was something to be said for bringing something useful to the masses. After all, if a product no one uses features a good idea, what’s the difference if no one uses it?

Irony, thy name is Microsoft.

Today, the product no one uses is Windows Phone. Sure, we see encouraging signs here and there, but let’s face it, when you’re down in the single digit market share realm—Macintosh, 1995 to present, for example—you’re explicitly looking for the silver lining. Truth be told, Windows Phone has roughly 3-4 percent market share worldwide. That’s where we’re at.

That said, Shaw’s history of Windows Phone, despite a few timeframe gaffes, is worth knowing. Of course, I’m going to add a few notes of my own.

“When we sat down with a blank sheet of paper and designed Windows Phone, we put three words on the wall to guide the team: ‘Put People First’,” he writes.

Of course, before Microsoft could get to that apocryphal blank piece of paper, it had to make the hard decision to throw out its previous mobile platform, Windows Mobile, whose seventh rendition—never released—was a laughable waste of time and years-late response to the iPhone. I suspect the first discussion that really took place in the build-up to Windows Phone was more along the lines of, “Shit. Shit. Shit. We really need to do something to address the iPhone.”

But sure. People first. And let’s be clear: The design that Microsoft settled on, with the term “design” meant holistically (i.e. I’m not just talking about the UI/UX you see when you interact with the phone) was in fact very correct.

“People are more important than apps,” Shaw notes correctly, a point I’ve been trying to make for three years now, “so phones should be designed around you and the people you care about, not the apps you might use to reach them.”

With the understanding that Microsoft would never have reached these questions unless iPhone and its horrible skeuomorphic and “whack a mole” app-centric design had appeared first, this list of rhetorical questions Microsoft asked itself to answer with Windows Phone is brilliant:

“We understand why Facebook would want to find a way to bring similar functionality to a platform that is sadly lacking it,” Shaw explains. “When you start from scratch with ideas like these, you end up with a fast, fluid and seamless experience that revolves around you, not apps. Millions of Windows Phone owners have already discovered how great a phone can be when it’s designed this way.”

Indeed. I’ve been shouting this into what appears to be an empty room for three years now, Frank. I guess you have as well.

I’d also point out that Facebook Home, in small ways, and Google Now, in potentially profound ways, actually does exceed what’s offered by Windows Phone too. That should be troubling to Microsoft, and to Windows Phone’s fans. (It certainly is to me.) Hopefully inspiring as well, since there’s always more to be done.

I look forward to how Microsoft responds to this threat. Simply raising the issue isn’t enough. Windows Phone needs to evolve and stay ahead of the designs of the competition. After all, iOS 7 is coming too, eventually. Something tells me that Apple has gotten the integrated/people-centric religion as well.

The clock is ticking, folks.