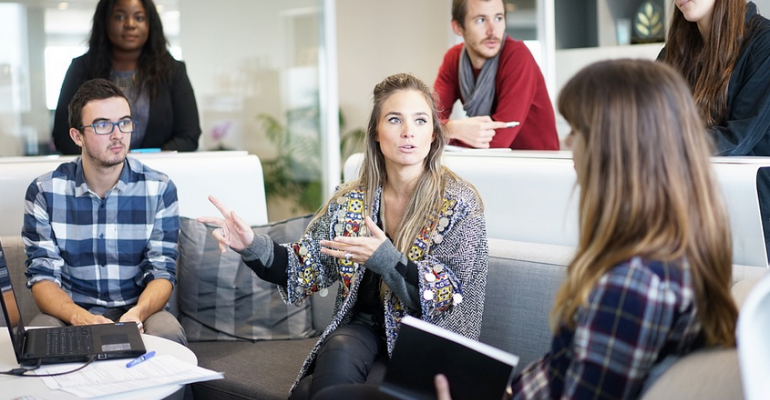 Enterprise collaboration tools are getting a boost in usability and extensibility. Slack, Microsoft and Facebook all recently released feature upgrades to make their collaboration software work better for enterprise users, while increasing the ability to connect with outside tools.

Facebook announced at its F8 developer conference that it cleaned up the Workplace interface, making it simpler for coworkers to access their groups and track notifications.

“The new notifications view helps you stay on top of your notifications by displaying them as an inbox and enables you to filter them based on your preferences,” said Facebook VP and Workplace head Karandeep Anand in a blog post. “You also have more granular controls over your notifications.”

The company says it worked with enterprise groups in firms with large numbers of users, like Delta Airlines, to refine the new features before release.

Like other collaboration tool makers, Facebook is hoping to keep enterprise users working within its one UI instead of keeping several open. Whether that proves successful is yet to be seen, but that hasn’t stopped developers from trying. For example, last year the company integrated hooks into Workplace for other programs, making it simpler to access other services like SharePoint within the Workplace UI. It also connected to third-party services like ADP for payroll and Jira for bug tracking.

Last month, Microsoft also made interface changes to its Teams collaboration tool, to help deliver a less cluttered look. Since teams and channels have a way of quickly growing, you can now choose which ones to hide (but still get notifications for those channels and teams even if they’re not shown.)

Teams’ Powershell module moved out of beta and was released generally, allowing administrators to let quickly add or remove team members, add channels, change user settings and generally make changes across the board.

“As a Global Administrator or Teams Service Administrator, you can identify and manage teams on behalf of your users, and make bulk updates to teams faster--including changing memberships or managing team settings,” said Christopher Bryan, Microsoft Product Marketing Manager, in a blog post. You can see a list of the generally available commands here.

Microsoft also added support for the Teams Whiteboard on Surface Hub, expanding to its enterprise smartboard the platforms where the tool is available beyond the desktop and web. A new feature lets the camera automatically switch on a Surface Hub, using motion detection and facial recognition to focus on the person who’s talking.

Slack recently announced at its Slack Frontiers event that it will soon allow users to share channels with vendors, clients and others outside the organization. The feature is in beta this summer for Enterprise Grid users.

Another recently announced feature is meant to extend Slack’s reach to those who aren’t in a channel: You’ll be able to have Slack notifications appear as email messages to those who haven’t yet joined.

In an effort to keep workers’ attention in one product, Slack’s new integration with Office 365 allows a Slack channel to automatically update based on your Outlook calendar, for example, or share OneDrive files. In Gmail, you can now send emails from Slack and send instant messages from Gmail.

Slack also announced a new Workflow Builder tool that lets you automate tasks like forms, surveys and posting tips whenever a new user joins a channel. The tool should appear later this year.