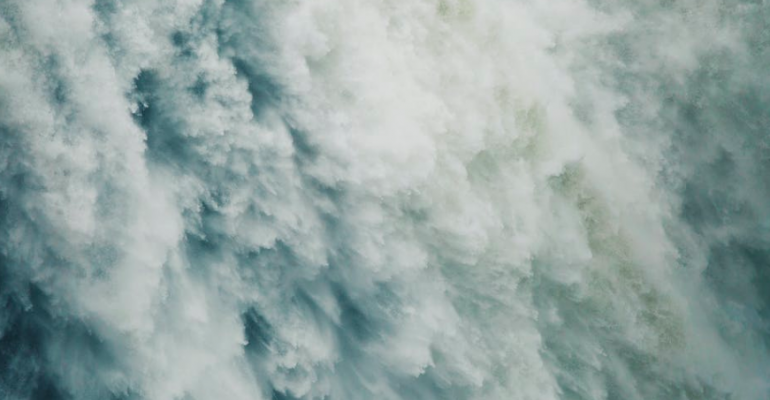 Will the Future of Cloud Storage Resemble a Bit Torrent?

Torrents, or bit torrents, have something of a bad rep, but they could be used as a cheaper alternative to traditional cloud storage.

Torrents, which are also sometimes referred to as bit torrents (although Bit Torrent is technically the name of the protocol), have been around for decades. They have earned a less-than-stellar reputation because torrents have been widely used for software and media piracy. Even so, the underlying technology is fascinating, and may even be the basis for the future of cloud storage.

For those who may not be familiar with torrents, a torrent might best be described as a peer-to-peer file sharing service. Suppose for a moment that someone wants to download a particular file. If the person downloaded the file from a normal website, then the site would have to provide all of the bandwidth, storage IOPS and other resources necessary to facilitate the download. If, on the other hand, the user decided to download the file from a torrent, then the user would use a torrent client to connect to a collection of torrent hosts, known as a swarm. This keeps any one single host from having to transmit the entire file to the client. Instead, each host in the swarm transmits encrypted pieces of the file, in a non-sequential order. The client keeps track of which pieces it has received, and which it still needs. Once it has received all of the pieces, the client decrypts and reassembles the pieces, thereby reconstructing the file. The really cool part is that because the client now has a copy of the file, it, too, can act as a host for other clients that may wish to download the file.

You are probably wondering what any of this has to do with cloud storage. Right now, there are a hand full of major cloud providers that supply the bulk of the cloud storage. Each of these providers allows subscribers to lease storage space on enterprise-grade hardware. However, even though the cloud has a reputation for being the inexpensive way to do business, cloud storage comes at a premium price. Typically, subscribers are required to pay a monthly fee for the space they consume, in addition to a separate fee for uploading or downloading data.

Of course there are also other concerns that come into play when storing sensitive data in the cloud. Perhaps the biggest of these concerns is the security and privacy of the data. If an employee of the cloud provider accessed your data, you would probably never even know that it happened. On occasion, cloud providers have even received subpoenas for tenant data and have surrendered that data to law enforcement as a result.

But what if torrent technology could bring down the cost of storing data in the cloud, while also ensuring the privacy of your data? Rather than storing data on enterprise-grade servers, encrypted data fragments could be distributed across a swarm of hosts, thereby bringing down costs and ensuring that no one else has a complete copy of your data.

A company called Bluezelle is trying to do exactly that. Initially, the company isn’t going to be using the technology for general-purpose file storage, but rather for database storage. Although Bluezelle does not express it in these terms, it is essentially combining torrent technology with blockchain technology to create secure cloud database storage utilizing large swarms of hosts.

Of course, this raises the question of where these swarms come from. Normally, torrent swarms are made up of computers belonging to people who share a common file sharing interest. Those who upload a file to, or download a file from, a torrent become part of the swarm unless they opt out of doing so. This open sharing of resources means that torrents are not usually good candidates for storing sensitive information. What Bluezelle has done, however, is to create swarms based on a different principle. Rather than swarm members sharing files with one another, the swarm is made up of computers belonging to people who have agreed to allow Bluezelle to lease the unused capacity on their computers. This approach makes a lot of sense when you consider that most people use only a small fraction of their computer’s total capacity.

But what about the security and accessibility of the data? As previously noted, data is stored in encrypted fragments that are scattered throughout the swarm. There are multiple copies of each fragment, so if swarm members turns off their computers, or suffer a ransomware attack or a hard disk failure, the data fragments are still accessible elsewhere in the swarm. And because the data is stored in a blockchain, it cannot be modified without authorization.

It remains to be seen whether these types of torrents will eventually become the preferred cloud storage technology. It seems likely that some organizations will continue to host their data on more traditional cloud platforms. Even so, the torrent approach addresses several common problems with cloud storage.