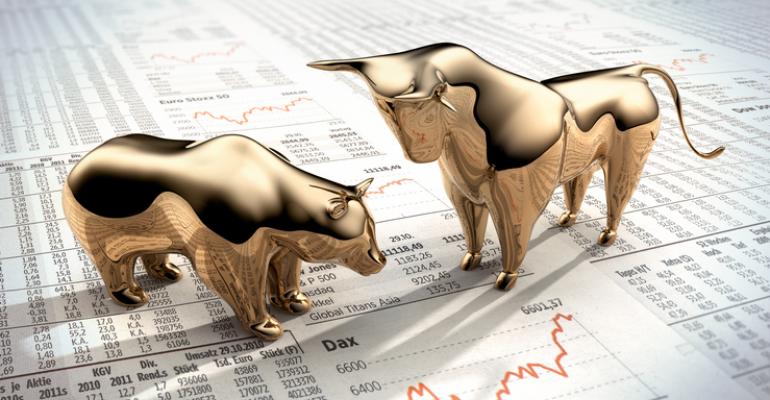 Everyone Wants a Piece of Enterprise Tech Companies

Enterprise companies’ venture haul for 2019 was almost double the previous year’s. Meanwhile, the cash going to consumer companies fell by almost a quarter between 2018 and 2019, according to PitchBook data.

(Bloomberg) -- With all eyes this week on the CES trade show in Las Vegas, famous for a mind-boggling array of personal gadgets, it’s worth considering something counterintuitive: Venture capitalists like consumer technology a lot less than they used to.

That funding total is growing fast. Enterprise companies’ venture haul for 2019 was almost double the previous year’s. Meanwhile, the cash going to consumer companies fell by almost a quarter between 2018 and 2019, according to PitchBook data, to $23.26 billion.

Those numbers mark the first time in at least last five years that pure enterprise companies have raised more money than consumer-facing tech, the data shows. (Though a separate "undetermined" category, where the distinction between enterprise and consumer technology is not as clear, regularly outpaces both.)

Meanwhile, the most hotly anticipated consumer IPOs have underperformed. Ride-hailing service Uber Technologies Inc. is down by about a third since its June offering, and in an extreme case, co-working company WeWork’s plan for the public markets dramatically crumbled last fall.

But public market reception isn’t the only thing driving investment. The enterprise industry—less saturated by existing industry giants—has become a destination for some of the most talented entrepreneurs, and VCs know it.

While corporate software may sound painfully boring, advancements in cloud computing and machine learning mean enterprise companies can give employees creative outlets. Investors liken the new opportunities to those once sparked for consumer startups by the advent of smartphones.

In the consumer world, large companies are famous for edging out or buying up threatening upstarts. Either outcome means entrepreneurs in the giants’ crosshairs will never get to lead sizeable independent companies. While some large enterprise companies follow that playbook—SAP SE and Salesforce.com Inc. have cemented reputations as acquisition-hungry—enterprise founders often enjoy more latitude to say no to acquisition offers, with less fear that the bigger company will crush them.

Cloud-monitoring business Datadog Inc., for example, turned down a bid from Cisco Systems Inc. just days before its IPO in September. And Slack Technologies Inc. continues to grow even as Microsoft Corp. has spent years pushing Teams, its own answer to office messaging.

It helps that cutting-edge enterprise software requires a degree of specialization that can be hard to replicate. And increasingly, enterprise customers are open to working with startups, blunting the reputational advantage big brand-name companies enjoy when they roll out a competing product.

For insights into how founders are thinking, consider Oleg Rogynskyy, whose business analytics company, People.ai, is the second enterprise startup he's founded. His career could have gone in a consumer direction if he had pursued the first business he got funding for—a photo feed he started in college in 2007. It could have turned into Instagram, maybe, or it could have gone the way of countless other less lucrative photo-sharing startups (remember Hipstamatic, PicPlz and Path?).

Switching to enterprise was a good move, Rogynskyy says now. He believes enterprise companies can more easily grow to $100 million in revenue and reach IPO faster than their consumer counterparts, even if those IPOs might raise less capital. “The outcomes are smaller,” Rogynskyy says, “but the odds are higher.”