brought to you by
Career Development 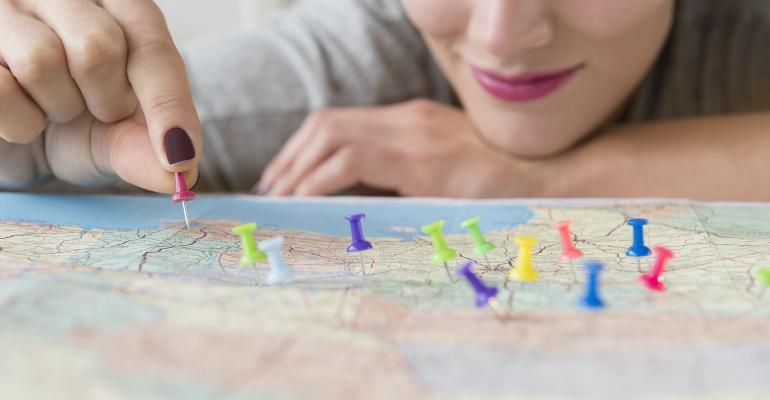 Start Slideshow ›
When people can work from anywhere, where do they choose to live? The answers might surprise you.

When the pandemic began (two years ago!), most American white-collar workers suddenly found themselves working remotely. And many quickly realized that meant they could work from anywhere in the world if they were willing to move. News outlets rushed to publish articles -- most based on anecdotal evidence -- about where remote workers were migrating.

At first, tech workers seemed to be abandoning metropolitan areas. Less populous states and small towns in the center of the US began offering cash incentives to people who were willing to try out a quieter area with a slower pace of life.

But now that pandemic life has become the new normal, things look a little different.

It's not that everyone has returned to the office full-time. Far from it, in fact. Research from real estate services firm CBRE suggested, “The average US office employee will spend 24% less time working in the office, and … 87% of large companies plan to adopt a hybrid work approach.”

Today, many workers continue to work remotely, but an even higher percentage are partially remote. That means they need to be close enough to get to the office when they need to, but maybe they can live a little farther out from the expensive cities. That dovetails nicely with findings from Brookings that workers were not very likely to move to the heartland, but maybe a little more likely to move to the suburbs.

But that may also be an over-simplification.

A joint report from Zillow and the US Census Bureau said, “Despite some concern that a pandemic-related mass exodus from metro areas was changing US cities, cities are still very much alive and the housing market in some has even grown.” Yes, in expensive cities like New York and San Francisco, people have been moving into the suburbs, but in inexpensive cities like Kansas City and Cleveland, people moved from the suburbs into the city. And some places, like Seattle and Miami seem to defy trends found in other parts of the country.

So, what is really happening?

Choosing where to live continues to be a complicated decision based on a lot of factors, including employment, housing costs, amenities, and quality of life. And the fact that more people are working from home at least some of the time didn't really change that equation.

In fact, a growing chorus of researchers is saying that today's remote workers are moving to the same parts of the US where people were choosing to move before the pandemic.

Where exactly is that?

In broad terms, census data reveals that people are moving to the South and the West. More specifically, several different organizations have used different criteria to publish lists of cities and towns that seem to be big gainers in this shuffling. The following 10 slides highlight cities that appear on a lot of these lists. These aren't necessarily the cities with the biggest population growth over the last two years, but these are cities with a high percentage of remote workers that are representative of the places people are choosing to move right now.