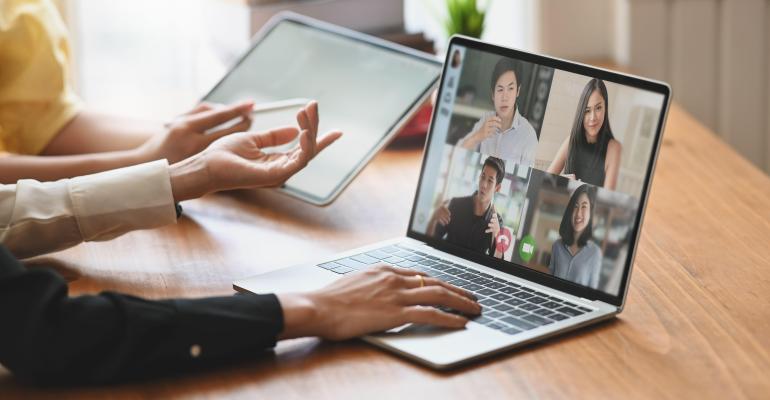 Black, Hispanic and female job seekers are making up a greater share of applicants — and new hires — for roles that can be done remotely compared to their White and male counterparts.

(Bloomberg) -- Companies may be calling workers back to the office, but many want to stay home, particularly those who come from underrepresented groups.

Black, Hispanic and female job seekers are making up a greater share of applicants — and new hires — for roles that can be done remotely compared to their White and male counterparts, an analysis released Thursday by LinkedIn finds. Between January 2019 and October 2022, the platform saw a 20% increase in the share of female applicants applying to fully remote jobs, compared to a similar decrease in male applicants over the same time period.

The analysis also found a notable increase in interest for those kinds of jobs among Black and Hispanic people. LinkedIn analyzed 1 million accounts belonging to each men and women, as well as 300,000 accounts each for Black and Latinx members who chose to share demographic data about themselves.

Andrew McCaskill, a LinkedIn career expert, said the application rates will only grow increasingly important as the number of remote jobs decrease. Before March 2020, 2% of paid job listings in the US on the platform were remote, he said. The number of remote job listings jump to 20% during the pandemic and has since leveled out to 15%. In the UK, it’s 12%. Workers still want those jobs: 52% of applicants on LinkedIn are applying for remote positions.

“More and more people want remote work, but we’re having fewer and fewer remote jobs, and more and more companies are asking people to not only not have remote jobs, but to come back into the office,” McCaskill said. “That disconnect might become a problem as our companies start to look at, ‘how do we attract that talent?’”

Black workers in particular were more likely to prefer remote work throughout the pandemic, surveys found, with many saying it allowed them to escape some of the biases they faced at the office. Women with children also say it’s helped them better balance the demands of work and home life.

There are career downsides to staying home. Older bosses are more likely to want workers in the office, and the phenomenon of “proximity bias” persists, where just being seen in the office can affect performance evaluations, promotions and job security, research has found. A recent survey found that remote workers are more likely to be seen as lazy by their in-office colleagues. Women and workers of color, who already face an uphill battle at work, might be penalized for working remotely.

Though remote work is just one facet of overall company culture, McCaskill suggests it may be make-or-break when it comes to hiring a diverse team. Remote jobs can also widen the pool of where applicants are from. He pointed to the fact that 57% of the Black population in the US lives in the south and may not want to move away from established support systems and a certain quality of life.

“Remote work opens the aperture for someone in Jacksonville, Florida, or Nashville, Tennessee, or Hattiesburg, Mississippi, to get a tech job without moving to Silicon Valley,” he said. “As we start to look at the talent pools and the opportunities for equity and inclusion, remote work has to be a thought process as it relates to how talent will ultimately gravitate towards companies that lean into flexibility.”