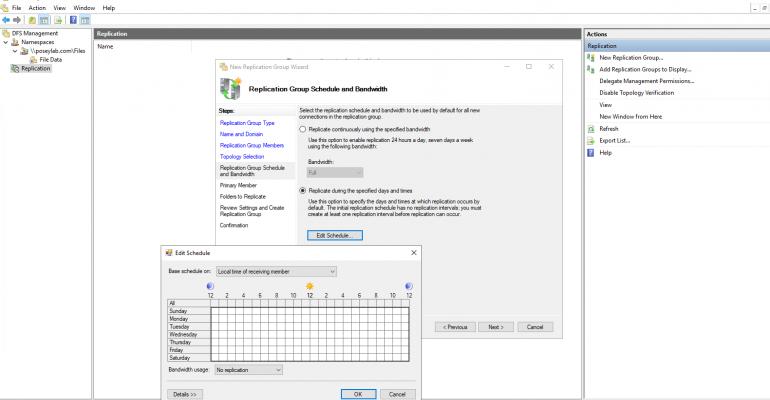 What to Consider Before Implementing Windows Server DFS Replication

One of the really handy things about Microsoft’s Distributed File System (DFS) is that it allows you to replicate files between file servers. This is handy if you have users working in multiple locations and want to provide local file access to keep them from having to download files across a WAN link. As useful as Windows Server DFS replication is, however, there are some things that you need to consider as you deploy it.

One of the first things to consider is that DFS replication was never intended as a replacement for traditional backups. Remember, if a file becomes corrupted, is incorrectly modified or is encrypted by ransomware, that modified file will be replicated. Replication does not give you a way of reverting the file back to its previous state. For that, you will need backup and recovery software.

Another thing to consider before enabling replication is the type of replication group that you want to create. 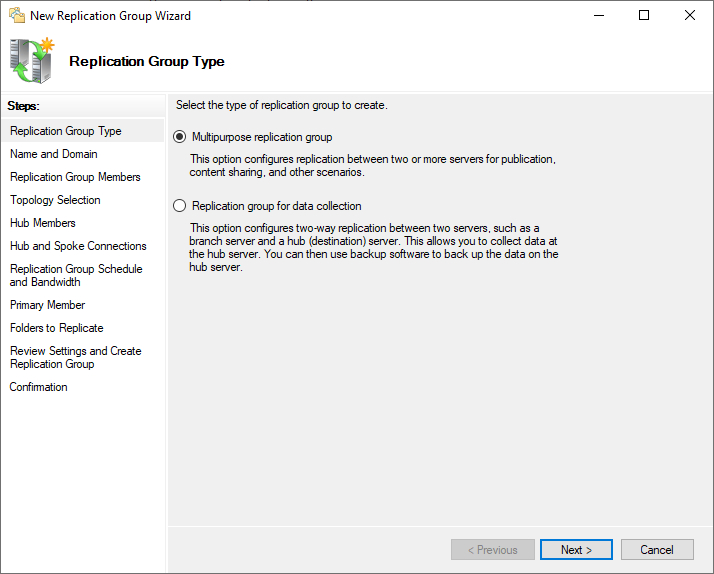 A multipurpose replication group is the most flexible option. 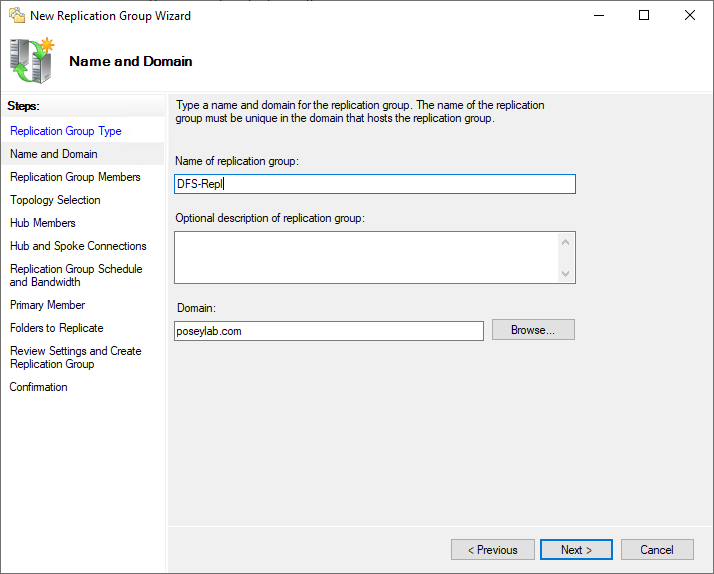 You will have to choose a name that is unique within the selected domain.

One of the biggest decisions that you will need to make before you begin implementing DFS replication is the replication topology that will be used to replicate data among the group members. DFS gives you three different options 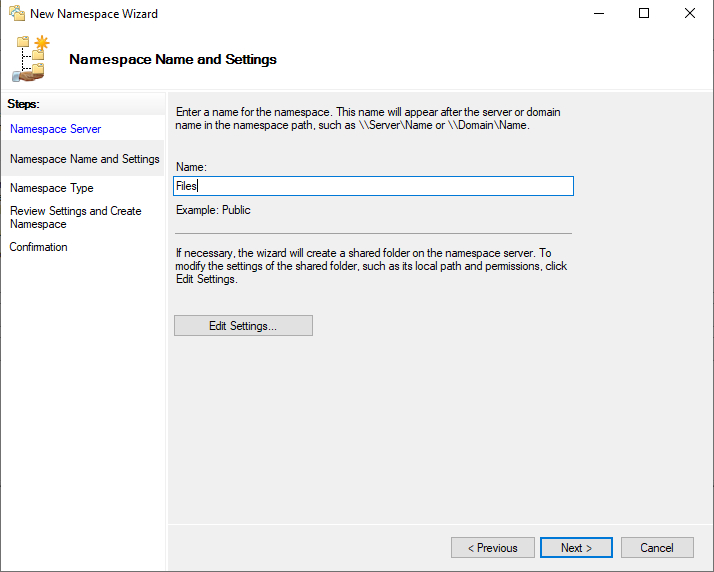 This is what the topology selection screen looks like.

Before you begin replicating data within your Distributed File System, you will need to consider whether to use the full bandwidth available or to limit bandwidth by, for example, limiting the replication process so that it occurs only during off-peak periods. DFS is now less bandwidth-intensive than it once was because the replication process works at the block level rather than the file level, so only modified blocks are replicated. You can see what the Replication Group Schedule and Bandwidth screen looks like in Figure 4. 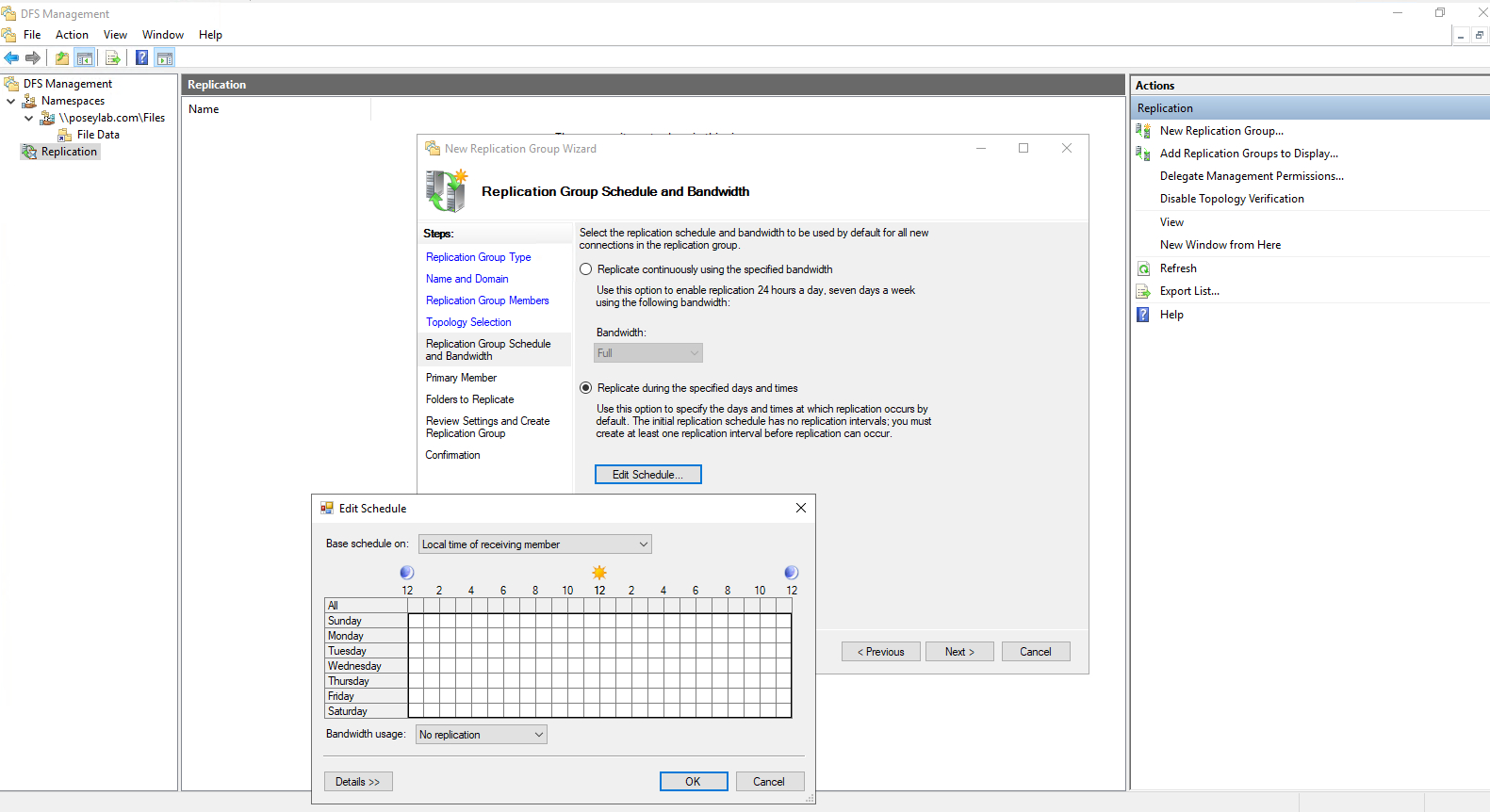 You can replicate data according to a preset schedule.

One last thing that you probably need to think about is which folders should be replicated. It’s easy to assume that all folders will need to be replicated to all of the replication group members. In reality, though, there may be folders that are used only in one specific location, so it may not make sense to replicate them. As you can see in Figure 5, DFS gives you the flexibility to choose which folders you want to replicate. 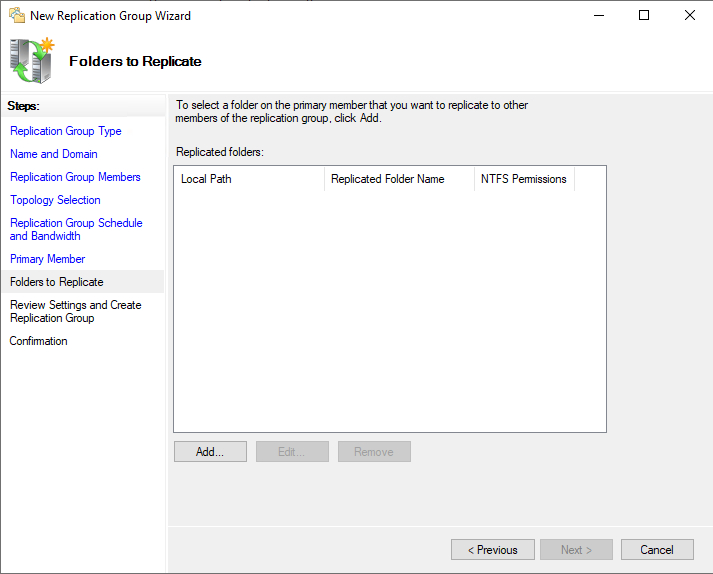 You don’t necessarily have to replicate every folder.