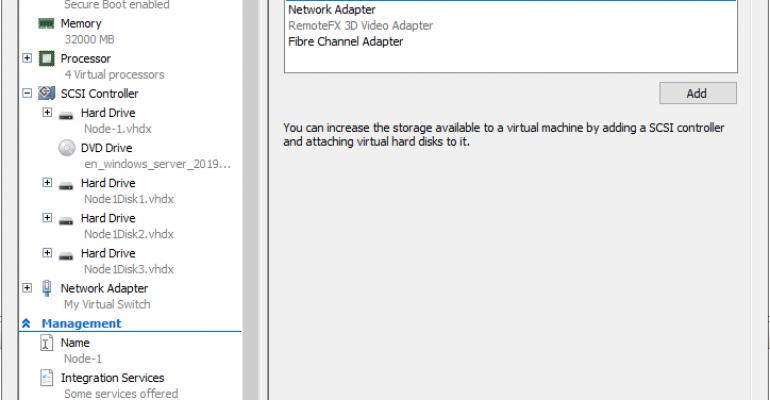 Storage Spaces Direct on Virtualized Hardware: How to Prepare VMs

Dedicated hardware typically is used when running Storage Spaces Direct in production, but it also can be run on virtualized hardware.

Before We Get Started …

There are a few important things to mention before we get started. First, I am basing this article series on making Storage Spaces Direct work in a Hyper-V environment. VMware is beyond the scope of this series.

In addition, the last step of the process involves creating a cluster volume. This volume is thick provisioned, regardless of how you have Hyper-V configured. Additionally, a volume copy will be created on each cluster node.

Finally, this article series is based on the use of Windows Server 2019.

The first step in the process is to create a series of Hyper-V virtual machines in the usual way. For the purposes of this article series, I am creating three virtual machines, each of which will act as a Storage Spaces Direct cluster node. You are, of course, free to use a different number of nodes in your own environment.

You will need to run this command for each of your cluster nodes, as shown in Figure 1.

You will need to enable nested virtualization for each cluster node.

You can see how this works in Figure 2.

This is how you enable MAC address spoofing for your virtualized cluster nodes.

Now that you have enabled nested virtualization and MAC address spoofing, you can go ahead and install an operating system onto each virtual machine. (As a reminder, I am using Windows Server 2019.) You should also domain join each of the virtual machines.

The next thing that you will need to do is to create the virtual disks that will be used by the cluster nodes. For this step, it is necessary to create and attach the virtual disks. However, it is important that you do not initialize the disks or attempt to create volumes.

To give you a more concrete example, let’s pretend that you wanted to create a 50 GB dynamically expanding virtual hard disk named Node1Disk1.vhdx at F:\VMs\Node-1\Virtual Hard Disks. The command for doing so would be:

In a production environment, you would generally be better off using fixed length virtual disks. In this case, however, I am using dynamically expanding disks to save space. 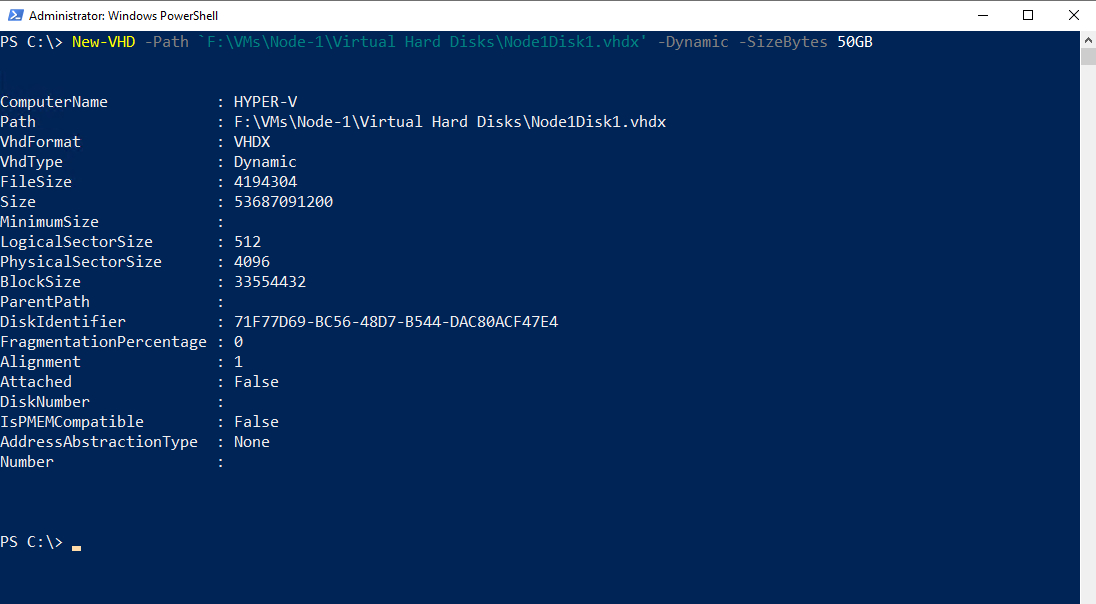 This is how you create a virtual disk.

In the previous example, we created a virtual disk named F:\VMs\Node-1\Virtual Hard Disks\Node1Disk1.vhdx. To attach this disk to a virtual machine named Node-1, we would use this command:

This is how you link virtual disks to the virtual machines. 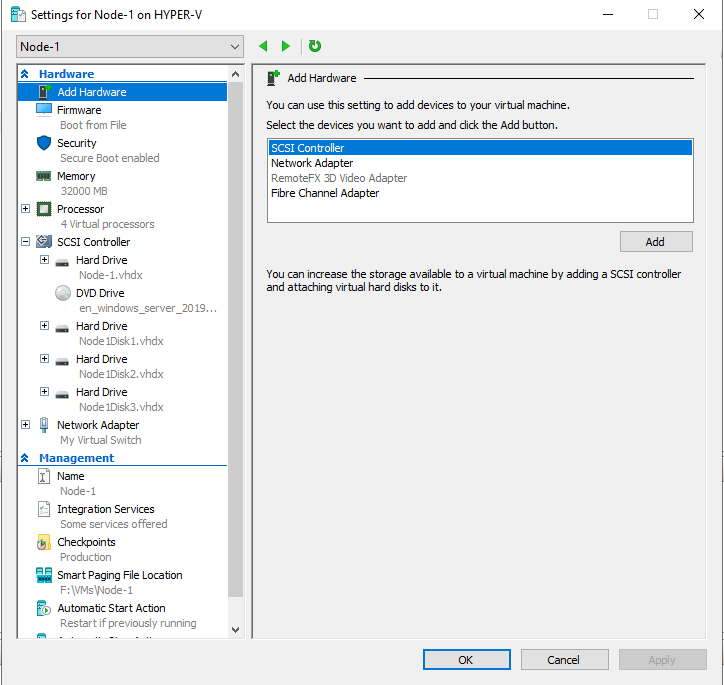 Each virtualized cluster node has been provisioned with three disks (plus a system disk).