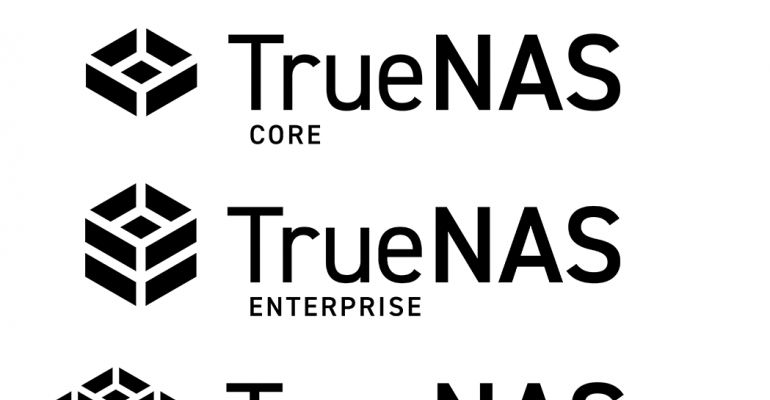 Open Source NAS Update: As Much about Development as Storage

iXsystems’ update of its open source NAS platform is based on a new, more efficient development model.

Although there are countless NAS solutions available on the market today, iXsystems’ open source NAS system, FreeNAS, and enterprise-class TrueNAS are notable for many reasons. Now, with the highly anticipated 12.0 release, iXsystems is adopting a new development model: Rather than maintaining two separate software stacks, the company is merging FreeNAS and TrueNAS into a single image. In doing so, the company is also rebranding its products: FreeNAS becomes TrueNAS Core, and TrueNAS will now be known as TrueNAS Enterprise.

Being that the open source NAS solutions FreeNAS and TrueNAS are made by the same company, it was only natural that there would be significant similarities between the two products. In fact, TrueNAS was built on top of FreeNAS, and more than 90% of the code used in the 11.3 releases of FreeNAS and TrueNAS is identical.

In the upcoming 12.0 releases of the platform, iXsystems is going to be breaking away from the development model that it has been using for so long. Rather than maintaining two separate software stacks--with double the code repositories, testing and documentation--the company is merging its open source NAS systems into a single image. In doing so, the company is also rebranding its products: FreeNAS becomes TrueNAS Core, and TrueNAS becomes TrueNAS Enterprise.

One of the primary benefits to this code merger is that it will allow for easier upgrades. You can deploy TrueNAS Core and use it for free, just as you have always been able to do with FreeNAS. If you later decide that you need to unlock the product’s enterprise features, you can simply purchase a license key and your TrueNAS Core deployment will become TrueNAS Enterprise.

TrueNAS Core will remain open source NAS, and all of the FreeNAS features that are available today will continue to exist in TrueNAS core. There will be a few minor cosmetic changes, as well as the new name and logo, but TrueNAS Core is essentially the same as FreeNAS. (For those who aren’t fans of the new logo, iXsystems is providing an optional retro theme that will make TrueNAS display the old FreeNAS logo.)

Merging the open source NAS systems will free up significant engineering resources, and the company plans to use these newly available resources to adopt a rapid development cycle. Historically, it has taken iXsystems nine months to a year to produce a major release. The company is hoping to shorten its development cycle to about six months, while also improving the quality of each new release thanks to more streamlined testing.

iXsystems also will be porting its code to additional operating systems. The company has not yet released any official statement as to what operating systems will be supported, but there are hints that a Debian port may be in the works.

Of course, the 12.0 release is about more than just merged code and a name change. Like every previous release, TrueNAS 12.0 will introduce new features and capabilities.  Some of the new features include native crypto, vectorized checksums, and user- and group-based quotas for ZFS. The 12.0 release is also going to introduce compatibility with Linux ZFS pools, as well as various performance improvements.

iXsystems has not provided an official release date for TrueNAS 12.0, but you can download nightly builds here.