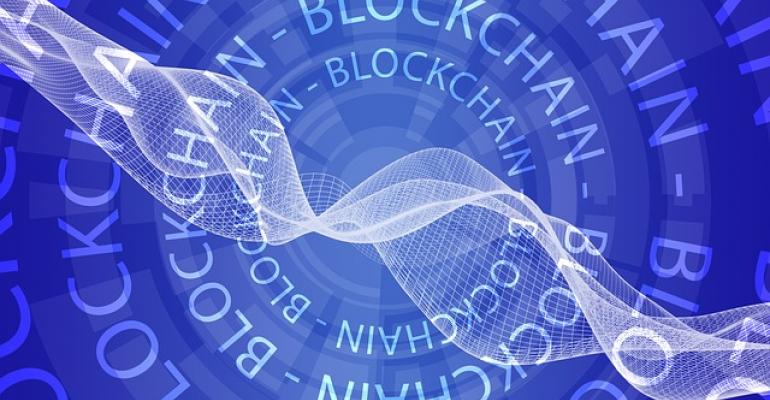 When blockchain technology outgrew its cryptocurrency genesis and joined the mainstream, it was lauded as the next big thing. Why hasn't it fulfilled its hype yet?

Two-and-a-half-years-ago when the Linux Foundation announced the creation of the blockchain-based Hyperledger Project, the hype was that blockchain was on its way to becoming the most disruptive technology since the internet. You might have noticed that hasn't happened yet.

We've seen some uses, like big oil's somewhat secretive use of the technology in oil exploration, the healthcare industry's implementation to protect patient privacy and as a secure way to send medical images, or IBM Food Trust, a consortium that has IBM partnered with major food suppliers such as Walmart. Kroger, Unilever, Tyson Foods, Dole Food, Driscoll's, Golden State Foods, McCormick, and McLane to use blockchain for tracking the food supply from field to table. But overall, the blockchain technology hasn't taken off as quickly as, say, containers, which went from unknown to everywhere at something like the speed of light.

Blockchain, of course, is the decentralized distributed database technology behind Bitcoin and other cryptocurrencies. Based on the concept of "zero trust," the tech allows users to add data, but not to edit, adjust, or change items already on the blockchain. IBM proved that blockchain can be useful in business settings a while back when it created a blockchain for its entire supply chain, which greatly reduced issues around shipping, receiving, and payments and ended up saving IBM, its partners, and customers considerable amounts of time and money.

"I think people are, in just about every industry, still looking for use cases that are valid," Chris Ferris told ITPro Today about a month ago at the OSCON conference in Portland, Oregon. "It's one thing to find out this is a valid use case, then the next question to ask yourself is, if we do apply blockchain, what's the value proposition of doing that? If the value proposition is optimizing an existing business process, for instance, then the returns are somewhat marginal. It's not like you're going to find a whole lot of found money in optimizing a business process."

Ferris knows blockchain from the inside out. He's been at IBM for more than 10 years, first as Big Blue's CTO of cloud standards and for most of the last six years as CTO of open technology. He's also been the chairperson of the Hyperledger Project's technical steering committee since the project announced its founding members in February 2016.

"Then you have the challenge of, if we're going to do this, I still have to get all of my colleagues in that industry to follow suit to make it worthwhile," he added. "And then everybody's got to integrate all that back into their own back-end system."

The use of blockchain to optimize existing business processes will most likely happen eventually, but not until the existing procedures are long-in-the-tooth enough to need a complete revamp. With processes that are already computerized, that might be a decade or more down the road. However, with processes that aren't yet completely computerized, which is the case with a project IBM is doing with the shipping company Maersk, blockchain can be a useful tool.

"They're still passing papers from port to port and trying to match that up with shipping containers," Ferris explained. "It's very inefficient, so there are significant efficiencies that can be yielded from doing global trade documentation on the blockchain. The blockchain isn't really adding a huge amount of the solution. The solution is really we needed to automate and put in documentation management around that process.

"Where blockchain comes in is that we can then share the information across all these different ports of entry that are involved. The shipping company, the companies that have containers on that ship, the customs houses on each side, can all share the same information and we all know that we have the correct information. So it's a valid use case."

If that seems to be a perfect and somewhat utopian solution, Ferris suggests the logistics of making that happen might be more like a dystopian nightmare.

According to Ferris, these logistical issues are not outliers but are pretty much par-for-the-course for many perceived blockchain implementations. The nature of the technology, the "zero trust" aspect that makes it ideal for use in cases involving multiple organizations, also necessitates getting all of those organizations marching in step.

"It’s not a technical problem; it's a social problem," he said. "It really is, when you think about it, how do I get even my fiercest competitors to partner with me on a solution that's going to benefit all of us? That's the hard part. It's not so much that there's technology in the way. I think there are technical challenges to be handled, no doubt, but my point is, I think the lack of production adoption is not a function of whether or not the technology is ready or not. It's really that this is a big problem to solve, so there needs to be a significant return on that investment if we're gonna make it."

If that sounds like a job that's not dissimilar to herding cats, it probably is. But in the overall scheme of things, time is on blockchain's side. According to Ferris, the technology is still in the early phases of adoption.

"I think in every industry and every technology adoption you have the early adopters, you have the fast follower, and then you have everybody else. We're still at the early adopters' phase of it. Each tier is predicated on somebody demonstrating that this is working, that this is something we should do. It's going to take more visibility in the success of something like food trust or global trade, and marketing that success, to then get to the next tier of fast followers and then everybody else."