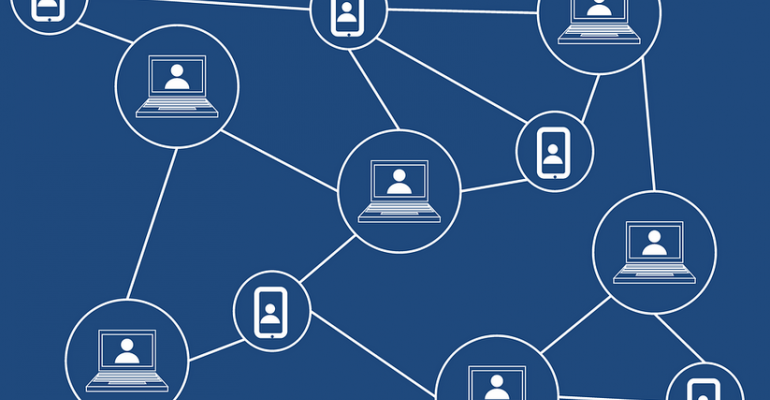 Many believe blockchain use cases begin and end with Bitcoin, but the real value of the technology lies in providing a new, more efficient kind of database.

"Blockchain" is one of the hottest buzzwords du jour. When most people hear the term and think of blockchain use cases, they think about the wild, speculative world of Bitcoin and cryptocurrencies. The application of blockchain technology for solving real problems in the IT world is less likely to come to mind. Yet, if I were to place a bet about blockchain's long-term value, it would involve the way in which blockchain can be used to create new solutions for old IT problems, especially in the realm of data management. Essentially, the real value of blockchain technology lies in providing a new, more efficient kind of database. Here's why.

What Is a Blockchain?
In case you have somehow managed to avoid reading about blockchain technology and blockchain use cases during the last decade, here's a quick definition: A blockchain is a special kind of database that stores data (and sometimes compute resources) across a decentralized network of nodes.

Blockchain is most famous for its association with Bitcoin, the digital currency that stores transactions on a blockchain.

If you follow blockchain news more closely, however, you also know that a number of companies are leveraging blockchain technology to solve problems that are unrelated to digital currency. These companies include tech giants like IBM and Google, but also businesses in industries like healthcare and energy.

Blockchain's Uncertain Future
There is no shortage of heady predictions about how blockchain will--or will not--upend these various industries and what the potential for blockchain use cases is. For now, however, most projections about the value of blockchain remain just that: projections. Relatively few companies have put blockchain technology to work in a real, large-scale way; most are just experimenting with it.

Meanwhile, the value of Bitcoin and other blockchain-based digital currencies is still being driven almost entirely by speculation. These currencies have yet to achieve widespread adoption for real-world payments, and it's unclear whether they ever will. (I'm pretty bearish about Bitcoin's long-term viability, and I say that as someone who owns some Bitcoin.)

This is all to say that blockchain's future is unpredictable at best. It seems pretty unlikely that all or even most of the applications of blockchain technology that are being tested today will end up proving valuable in the long run.

Blockchain vs. Your SQL and NoSQL Databases
Yet, there is one particular type of widespread problem that blockchain technology seems better positioned to solve: data management.

If you look around the IT world today, you'll notice that data management solutions haven't really changed in a fundamental way in decades. SQL databases remain the go-to database solution, as they have been for years. So-called NoSQL databases offer somewhat more flexibility, but they still perform the same core functions of SQL-style databases.

From an IT management and business-value perspective, conventional databases pose several problems:

It's easy to lose data, or expose it to attackers, when it's stored in a centralized database. Even if you replicate the data across redundant infrastructure, you have no hard guarantees against data loss due to a problem on the master node.

The scalability of traditional databases is limited to the size of your infrastructure (or the largess of your cloud computing budget, if you store data in the cloud).
Users and partners have no automatic way of knowing that data in a centralized database is secure and safe from manipulation. They have to trust whoever maintains the data, which is far from ideal.

These are all issues that blockchain technology can solve. By functioning as a decentralized database that automatically distributes data across nodes, a blockchain provides better data availability than a centralized database. It also helps to ensure data integrity and combat fraud, because no single party can make unilateral changes to data stored in a blockchain. And a blockchain can scale automatically as the size of the network that hosts it grows; a business using a blockchain does not need to invest extensively in infrastructure in order to scale data hosting.

On top of all of this, some blockchains, like Ethereum, are designed to provide access to a distributed network of computing resources as well as data storage. This means that you can run applications on the blockchain, potentially freeing businesses from dependency on centralized cloud hosts for compute resources.

To be sure, existing blockchain technology has some limitations when it comes to the use cases described above. Blockchains have scalability issues of their own, which are related mostly to the number of transactions that they can record per second, as well as the amount of data that each node needs to store as a blockchain gets larger. In addition, although blockchain-based data is, generally speaking, harder to manipulate, it's not fraud-proof.

Still, at the end of the day blockchains offer database functionality that traditional databases just can't support. I suspect that these features are what will drive blockchain adoption in the long run.

Sure, there are plenty of other cool things that you can do with a blockchain, ranging from managing personal identities, to tracking property transactions, to securing IoT devices. These possibilities are worth pursuing.

But for businesses looking for a better, more scalable, less expensive way to store data than they are able to achieve with traditional databases, blockchains offer an obvious and immediately available solution. Replacing your MySQL or Cassandra (or whatever) databases with a blockchain may not be as exciting as, say, using blockchain to help explore outer space. But it is a realistic, real-world use case for blockchain that can make the lives of IT admins easier and deliver real business value starting now.

Google Is Said to Work on Blockchain-Related Technology
Mar 22, 2018