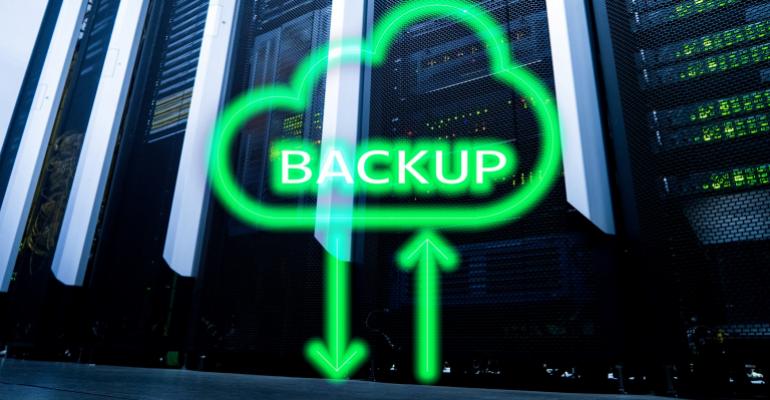 As clothing manufacturer Mamiye Brothers' data grew, it found it needed to replace its aging NAS – and its answer provided a 4X storage boost, while reducing data risk and improving performance.

When you think about successful global clothing brands, companies such as Levi Strauss, Carter’s and J. Crew probably come to mind. Few would add Mamiye Brothers to that list, but the family-run, 80-year-old business belongs in their company. Over the years, it has built up to what it is today: a children’s and women’s apparel company that distributes its products to a wide range of retailers and channels both online and through 13,000 stores around the world.

Like all companies of the era, Mamiye Brothers started as a fully manual business but saw the writing on the wall. By 2010, it had adopted a fair amount of technology, which it needed to manage about 25 terabytes of data distributed among its various brands and divisions. By about 2014, the company had moved all of its technical resources except storage to its own private environment hosted by AWS.

After evaluating the cost, Mamiye's IT department chose to keep storage in-house on its network-attached storage (NAS) system, at least for the time being. Soon enough, however, the NAS, which included hard disk drives running at 7,200 RPM, began showing its age. For example, the system could only store 15TB of the company’s data, forcing the other 10TB to be manually moved off to detached storage. It was clear Mamiye needed a storage boost.

The situation took a toll on both backup and archiving. Slow file backup, for example, caused some users to resort to saving their work on local hard drives, and slow file access caused work bottlenecks.

Archiving had to be done manually for each of the six companies under the Mamiye umbrella. “Because we only had 15TB of space, our infrastructure manager would slowly move things off to detached drives and archives as we needed more space,” explained Harry Palama, the company’s IT director.

Data protection was another issue. If the NAS failed, Palama said he had little doubt that the company would lose most of its data permanently.

To help mitigate these challenges, the IT team chose to add Commvault’s cloud-based backup and recovery system, which worked with the NAS. With this addition, all backups are funneled through Commvault and backed up to Amazon S3 incrementally, providing Mamiye with a complete picture of what the environment looks like at all times.

It does much the same with archiving. Each of the six companies keeps its files, images, videos and documents on a different area of the network share, and each has its own timeframe for retention. Once elements reach that timeframe, they are sent to the archive, leaving behind a tag so they can be retrieved if needed.

“When you run full database backups every night, they take up a lot of space, and regardless of how big you make your drive, you will eventually run out of space,” Palama said. Commvault allows the company to maintain a certain number of active database instances without having to archive them and replicates anything no longer needed. “If a database is older than about 15 days, it’s pretty useless, so those tagged and archived files are actually removed by Commvault on a rolling 10-day period,” he said.

While this addition did improve aspects of the situation, it also brought to light how close to end of life the NAS really was. Processes were painfully slow, and there were even times when files simply couldn’t be retrieved.

Eventually, there was no option other than to replace the aging NAS. The team settled on Qumulo’s file data platform and migrated its archived data to Qumulo using Quest’s Migration Manager. By the end of the seventh day, the migration from the old NAS to Qumulo was complete, including all structure privileges, security requirements and access requirements.

Today, the Qumulo file data platform and Commvault work together, giving the company a much needed storage boost. Mamiye Brothers houses its data in Qumulo, segmented by divisions and departments. The IT team defined those segments within Qumulo and set up processes within the Qumulo software for each area. That’s important, Palama said, because each area may have different rules, and those rules can change over time.

The combination of Qumulo and Commvault proved to be the one-two punch that Mamiye Brothers needed. The company now has four times the amount of storage available, and performance has improved so much that retrieving archived files and accessing video files are no longer a major frustration. And because the storage process is so much faster, the company can keep more in backup and less in archive.

In addition to reducing data risk and improving performance, the additional capacity is a big relief.

“With the previous NAS, we had 30TB of storage, but only 15 usable. With Qumulo, we have 75TB of storage, with almost 60 usable,” Palama said. Today, the Qumulo platform is at 50% capacity, even though it stores more files than the NAS did at 95% capacity, he added.

That’s important, because the company continues to grow; Palama said it has added about 5TB worth of video in the past few years, partially as a response to customers shopping online due to the pandemic. “When COVID came, people couldn’t go to the store and touch garments, so we [ramped up] video to show our garments and how they flow. Video takes up a lot more space.”

Palama’s team also is spending time exploring the limits of what it can do with its new technology. Currently, the team is setting up its first Qumulo directory in an S3 bucket and is learning more about how to do versioning properly.

The team is also testing new capabilities in the software that will enable Mamiye Brothers to use its share in the cloud more effectively, such as the ability to identify exactly which images are available in the company’s S3 area. That’s important for the company, which hosts 15 to 20 websites, each with their own images.

To make images available to all websites in the past, Mamiye Brothers had to write its own programs to move them from the NAS or Qumulo to S3. With this new feature, Palama hopes to automate this process. “I can’t tell you how many times someone changed the program to achieve some goal and then forgot to turn it back on, so the images weren’t available,” he said. “This will replace all of that.”