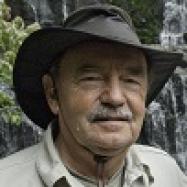 Tom Nolle is the president and founder of CIMI Corporation and the principal consultant/analyst. Tom started his career as a programmer, and moved through various programming and programmer/analyst positions to manage software project teams and entire software projects. His background as a software programmer and architect makes him a hands-on kind of expert, a blend of strategic insight and in-the-trenches practical knowledge.

Tom founded CIMI Corporation in 1982. In that same year he began writing regularly for the technology press, and has written for virtually every major tech publication in the networking and IT space, from ComputerWorld, BCR, and Information Week to CIO Magazine, Network World, and Telecommunications Magazine. He's spoken regularly at trade shows and participated in multiple international standards groups on topics ranging from network management to electronic data interchange.

The Rise or Fall of the Virtual Desktop
Apr 27, 2021
With their cloud PC and anywhere workspace ideas, Microsoft and VMware are pushing us toward monumental change.