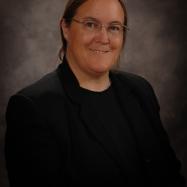 Sharon Fisher has worked in the computer trade press for more than 20 years, covering topics such as networking, storage, security, and the intersection of technology and public policy. She has worked on staff for Computerworld, Communications Week, and InfoWorld, and freelanced for publications such as Byte, Network World, InformationWeek, and PC Week, as well as clients such as the Economist Intelligence Unit, Cisco, Oracle, and Laserfiche. She also served as a Gartner analyst for seven years, and has worked for Hewlett-Packard and Interex, the HP users group organization. She holds a bachelor of science degree from Rensselaer Polytechnic Institute and a master's degree in public administration from Boise State University. She is the author of several books, including "Riding the Internet Highway." She likes explaining things and going to meetings.

How to Choose Between Serverless, VMs, and Containers
Jan 19, 2023
Gartner VP analyst Tony Iams reveals insights into virtualization technology and which workloads are best suited to them.