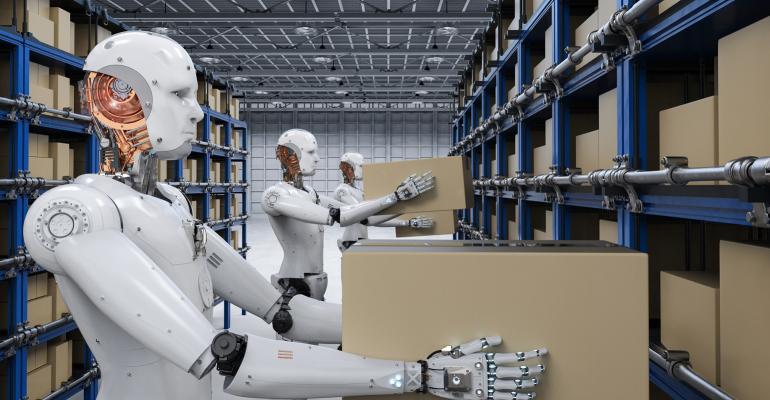 With US in a Recession, Will Automation Help or Hurt Recovery?

AI-powered automation is increasingly appealing to companies amid layoffs and pandemic restrictions, but it means job loss for some.

Some believe that the ongoing COVID-19 pandemic may have the effect of accelerating the push toward automation in some sectors. That push, already a source of anxiety for a significant portion of the workforce, could bump hard against the millions of Americans who have become unemployed — and increasingly expect to stay that way — since the pandemic began in March.

A recent paper from the National Bureau of Economic Research said that moves toward automation could jump forward because of investments made in technology to adapt production processes during the pandemic. In particular, the paper concluded, jobs held by middle-educated women are at the highest risk because of automation.

Some workplaces have sped up their embrace of automation in response to the challenges presented by the coronavirus. The oil and gas sector is looking into automation with more urgency. The healthcare industry is looking at robotics and automation software. And the recycling industry is buying AI-powered robots.

The paper’s conclusions were also borne out by a Robotics Online survey, published in June, which found that layoffs, furloughs, wage cuts and/or hiring freezes affected many workplaces. At the same time, some companies reported that inquiries into their work had increased, the pandemic was bringing new opportunities and/or orders were up.

Another survey, by Wind River, which supplies software for intelligent edge computing applications, found that 61% of Chinese companies surveyed and 37% of American companies surveyed are increasing spending in artificial intelligence. The challenges to companies, even those in robotics and automation, are clear — but some companies see potential in the current climate.

Nearly half of the Americans who have experienced a recent layoff in their household now believe their jobs will not return, according to a survey by the Associated Press and NORC Center for Public Affairs Research in July.

Pre-pandemic, an MIT paper pointed out that even if technological advances such as machine learning-led automation lead to productivity increases, “there is no guarantee that the fruits of this bounty will reach the typical worker.” The same paper also pointed out fears that such technology will magnify societal and economic inequalities.

In June, Statistics Canada released an article called “Automation, workers and COVID-19” that attempted to identify the sectors likely to be most affected by job losses tied to machine learning and artificial intelligence. This has become even more important during the pandemic, the article argued, because workplaces have moved sales and customer service online and looked for technological solutions to reduce the risk of virus transmission.

The Stats Can article’s findings echoed the warnings of the Fall 2019 MIT paper: Automation is expected to hit less-educated support and service workers in the youngest and oldest age groups the hardest. And the employment effects of automation overlap significantly with some of the worker categories most affected by COVID-related work loss: less-educated workers, younger workers and lower-income workers.

As much as the ongoing pandemic is having an impact, the long-term role of machine learning automation in work and employment remains to be seen. COVID-19 is affecting the choices companies make right now — both in creating an additional need for automation and in making the financial outlay for that automation more difficult — but many employment sectors were already investigating AI solutions to differing degrees.

But we know one thing: Historically, recessions are followed by increased workplace automation. The United States is currently in a recession; with automation already an enterprise buzzword for 2020, it seems safe to assume it will play a role in the eventual recovery.