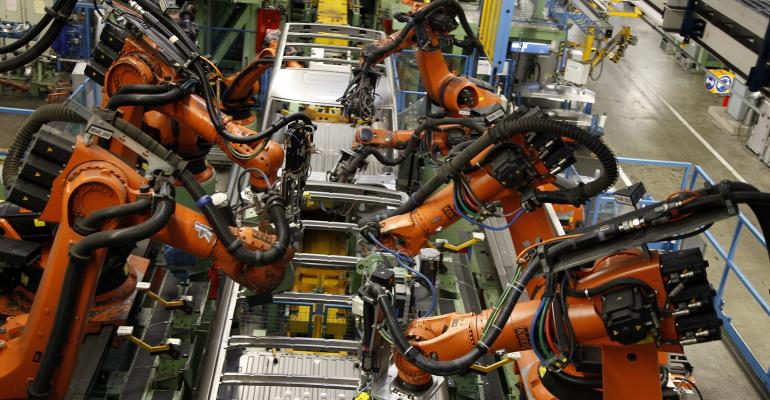 The Current State of Intelligent Automation

Automation is now being applied to all sorts of white-collar tasks. AI is the ‘intelligent’ piece that helps drive more value, but not in all circumstances.

Traditionally, automation was achieved through manual scripting, but more modernly there are visual low-code or no-code tools that help democratize the creation of an automated task.

Intelligent automation uses AI to go beyond what's possible with deterministically programmed if-then-else systems. Bear in mind, the inclusion of AI is not necessary or even appropriate for all use cases. However, when the nature of a problem calls for it, intelligent automation is the right way to go.

For example, several types of cybersecurity solutions incorporate intelligent automation such as for endpoint protection, security orchestration and threat detection and response.

“The opportunities out there are massive, but the technology hasn't caught up with the possibilities yet,” says Nicola Morini Bianzino, chief global technology officer at multinational professional services network EY. “Very few companies have been able to translate the automation benefits into increased productivity at the level that was promised.”

Part of the problem is the way companies are approaching automation.

Where Automation in a Digital Transformation Context Began

A few years ago, companies were looking at RPA to replace staff. In fact, many enterprises set targets such as reducing the workforce by 30%, which is problematic on several levels. First, that kind of goal only fuels workforce fears of potentially being automated out of a job. Second, RPA was designed to automate simple, repetitive tasks, not replace entire jobs. Third, even having such a tactical goal misses the importance of strategy: Business goals should drive the adoption and use of technology, not the other way around. And finally, not all tasks that can be automated are simple, so some use cases exceed the capabilities of hard-coded automation.

“It doesn't become your tactical fix to a local problem, it becomes your strategic opportunity for improvement to a global problem, which is the deliverable and process you want to run faster and better,” says Bianzino.

More modernly, automation solutions are adding AI because some use cases require it.

Pilots Are Getting More Sophisticated

As intelligent automation matures, buyers become savvier about how they're approaching it, not only in terms of what they're trying to accomplish but also the complexity of the pilots.

“Customers are interested in doing something with more teeth than before to truly prove out the technology before making a purchase,” says Evan Campbell, managing director, IT project management IT strategy/ops, digital transformation, RPA at global consulting firm Protiviti. “We've had a number of clients who started automation discussions but quickly transitioned to process -- a better level of standardization and optimization of the process before automating it.”

That's very wise. Quite often, the focus is on technology when there are fundamental problems with the process itself, such as inefficiency or simply the fact the process was designed for an analog-only world.

Another thing that can get overlooked is the importance of change management when it comes to automation.

“Culture and change management matter in this space,” says John Cottongim, CTO, and cofounder of cognitive automation company Roots Automation. “You have to lead with change management and then automate, not the other way around.”

Quite often, the simplest solution is the best solution. Thanks to all the AI hype, there's an assumption that anything that includes AI is superior to anything that doesn't include AI. But as is true of technology generally, it's important to choose the right tool for the right job.

“If I have a document classifier where I program the simple idea that if the age bracket is below zero, reject the application, that's an RPA process,” says Sreekar Krishna, principal and national leader artificial intelligence and head of engineering, Digital LightHouse, at KPMG. “As humans, we have the experience to know that [a person's] age cannot be a negative number, but AI doesn't have any concept of age. I will have to show it billions of examples from various domains from various areas just to come up with the concept that an age cannot be negative.”

One challenge facing companies is a forest and trees problem. If an organization is automating one-off tasks, it is not improving processes or driving the kind ROI that organizational leaders likely expect.

“If you look at a process that has 100 steps and eliminate 20 of them, it's an 80-step process. Then you look inside the process to see which things require a lot of human intervention and whether there's a digital equivalent that would eliminate humans having to touch it constantly,” says Krishna. “If a thresholding algorithm [is sufficient], use it. Don't try to overfit machine learning into a process.”

Business leaders have learned that the decision to automate should not be theirs alone. They can get better results and even improve employee satisfaction when they involve individuals in the redesign of their own tasks, workflows, and processes.

“Digital companies with forward-looking product cultures are institutions in which employees thrive. They encourage employees to solve problems, so those employees look for ways to make their environment or system better,” says Wayne Butterfield, director of automation at technology research and advisory firm ISG. “Both RPA and AI have a role to play here.”

Automation doesn't necessarily have to be “intelligent” to drive value. In fact, companies can waste a lot of time and money overengineering an automation problem when a simpler approach would work better. While there's a role for AI to play, it's more important that companies are automating the right things for the right reasons and using the right tool for the right job.