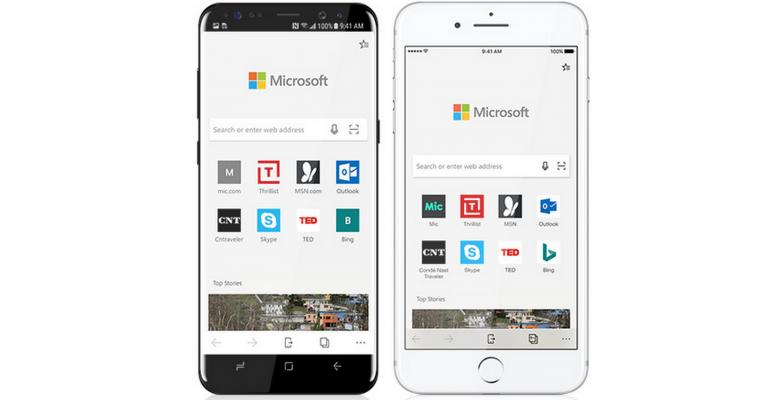 After less than two months in preview, Microsoft is making its Windows 10 web browser available for all users on iOS and Android.

In its continued effort to provide users a seamless experience between their Windows 10 systems and mobile handset of choice, Microsoft is releasing the new mobile version of the Edge browser to users on iOS and Android.

These apps provide connectivity from that mobile handset to Windows 10 devices that use the same Microsoft Account. Those who are already using Microsoft Edge on their Windows 10 devices will find familiar features such as Favorites, Reading View, plus Roaming Passwords between desktop and mobile devices.

Related: Windows 10 in Use on More Than 600 Million Active Devices

The big feature Microsoft is touting about the mobile version of Edge is that it has a built-in capability to easily share content you are viewing on your mobile handset to one of your Windows 10 devices. There are two options available:

While this is not the Windows Timeline feature we are expecting to see in the next Insider build of Redstone 4, it does play a role in enabling that connectivity between devices so activity can be shared and resumed on any device and at anytime.