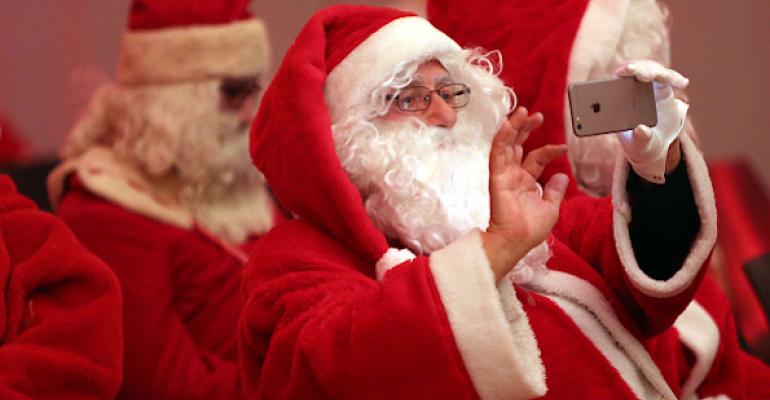 I realize you get a lot of these letters. I’m sure you’re already flooded with requests for the BB-8 or some slick Lego sets (I wouldn’t mind either of those myself, come to think of it).

But this is a completely different kind of wish list. I’m not asking for a new toy, as I have plenty of those - most of them with a glass screen and Internet access. Instead I’m hoping you can honor a different kind of request: a way to make some specific types of toys better.

You see, a lot of adults love this gadget called an Android smartphone. Some even like tablets, though not nearly as many as the ones that have an Apple icon on the back (surely by now, you have a separate team of elves devoted to churning these out).

I have a few requests that would greatly improve these toys. Yes, it may be a tall order. But you’re Santa. If you can circumnavigate the globe in 24 hours and sit through thousands of pictures with annoying, nasal-sounding children during the month of December, then fixing Android should be easy.

So to start, do you think you could do something about Android fragmentation? You see, the newest version of Android Marshmallow is on less than one percent of all those devices out there. Imagine if you delivered a toy, but none of the accessories worked quite right with most of them. OK, any of your software engineer elves may quarrel with the analogy, but you get the idea.

Perhaps you can ensure that some of these companies that make Android toys only get lumps of coal if they are super slow about their software updates (cough, Samsung, cough). Or maybe some of those elves who are busy in the offseason could hop on one of those coding bootcamps and give a helping hand. You’re Santa. Anything is possible.

While your elves are dusting up on their coding game, maybe they can give Google a hand on fixing one of the buggiest apps the company makes: Hangouts. It’s inconsistent, haphazard, and made me give up on the dream of ditching out on antiquated SMS.

One reason so many people love their iPhone is how fluid iMessage works. You don’t have to see which app your friends are using. Just plug in phone numbers and go - your iPhone does the behind-the-scenes work at routing messages through Apple's servers. Facebook Messenger works similarly - since the whole planet is on Facebook, sending a message is a matter of just finding someone’s name.

Hangouts has none of those advantages. Nor does it have a strong international following like WhatsApp or WeChat.

There are rumors that Google might strip out the SMS/MMS capabilities from Hangouts in order to focus on improving the instant messaging experience. Even that might be a step in the right direction to get everything working again. Can you get some elves on that, stat? All I really want for Christmas is Hangouts that works.

This final request might be one better suited for Krampus: Get rid of those annoying third-party user interfaces. There just isn’t a reason to put some unsightly interface on top of Android anymore. The default looks good as it is. If you really want to customize things, try a third-party launcher or let such customizations be opt in.

This doesn’t mean there isn’t still room for improvements to Android. Samsung’s split-screen mode on the Note series works pretty well, particularly since Android doesn’t have this capability yet. And Motorola’s Moto Assist is genuinely useful, even as over time some of its functionality has been usurped by Google Now’s features.

Changing things just for the sake of doing so it’s necessary. Perhaps if you can ensure that those who don’t follow this rule get extra coal in their stocking or a visit from your arch-nemesis beast, we’d all be better off.

Santa, if you can honor these requests, you’ll truly be spreading Christmas cheer around the world. With happier parents who aren’t grouchy about their phone’s performance, children around the world will have more reason for Christmas cheer. And that will surely mean an endless supply of cookies and milk for years to come. Win-win for everyone!