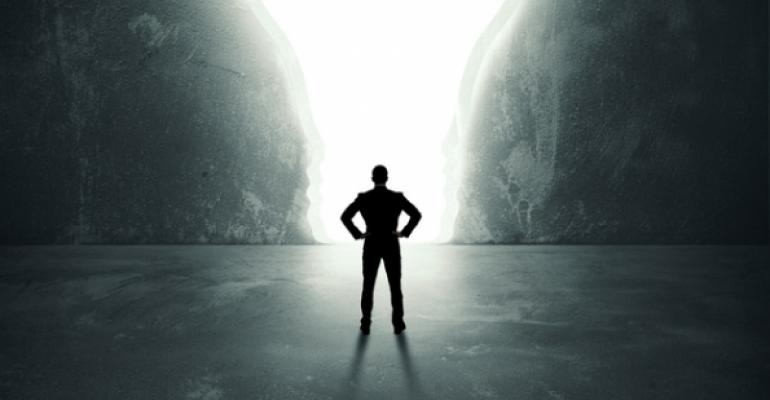 For CIOs to Stay Relevant, They Must Think Big

CIOs who want to stay relevant must think beyond controlling cost and engineering processes, and start thinking of their role as it relates to business objectives, including driving revenue and talent development, according to the 2018 Gartner CIO Agenda Survey.

Released today at the Gartner Symposium/ITxpo, the survey gathered input from 3,160 CIO respondents across 98 countries, and discovered that 95 percent of CIOs expect job changes due to digitalization, as 26 percent said that growth is their top priority for 2018.

"The CIO's role must grow and develop as digital business spreads, and disruptive technologies, including intelligent machines and advanced analytics, reach the masses," Andy Rowsell-Jones, vice president and distinguished analyst at Gartner said. "While delivery is still a part of the job, much greater emphasis is being placed on attaining a far broader set of business objectives."

The good news is that the transition is not too far off for most CIOs. The majority (84 percent) of CIOs already have responsibility for areas of the business outside of traditional IT, and measure success criteria around business outcomes, including revenue growth, business margins and influencing business strategy, rather than IT delivery.

When it comes to IT pros role in digital transformation, overall security and exploration of new technology will remain critical responsibilities.

CIOs said that business intelligence (BI) and analytics are the top differentiating technology. Rowsell-Jones said that the CIO has the opportunity to become more involved in analytics, which “connect the CIO and the IT organization to far-flung parts of the organization where they can cultivate new relationships."

Cybersecurity and artificial intelligence will significantly change how CIOs do their jobs in the near future, Gartner said, as 95 percent of CIOs surveyed by said they expect cybersecurity threats to increase, impacting their organization. Still, AI, digital security and the Internet of Things (IoT) are the most problematic technologies to implement, particularly because of the specialty skills required.

Digital business is helping ready IT organizations for change, according to 79 percent of CIOs, who said that one of the biggest transformations in the CIO role will be becoming a change leader.

"The effects of digitalization are profound. The impact on the job of CIO and on the IT organization itself should not be underestimated," Rowsell-Jones said. "In this new world, CIO success is not based on what they build, but the services that they integrate. The IT organization will move from manufacturer to buyer, and the CIO will become an expert orchestrator of services. The real finding though is that this is happening now, today. CIOs must start scaling their digital business and changing their own jobs with it now."