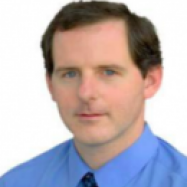 Gary Thome is the Vice President and Chief Engineer within the Converged Datacenter Infrastructure business at HPE. He is responsible for the technical and architectural directions of converged datacenter products and technologies including HPE Synergy.

Previously, Thome has led and contributed to technology and architecture directions for HP OneView, HP CloudSystem, and HP BladeSystem, including embedded technologies such as HP Virtual Connect, HP Insight Control and HP Thermal Logic. Thome also was responsible for the successful introduction of the HP ProLiant DL360, the first HP ProLiant 1U server.

With more than 27 years of HPE and HP experience, Thome has also directed efforts in industry standard servers, desktop computers and professional workstations.

Thome holds a bachelor’s degree in electrical engineering from the University of Texas at Austin and is the author of 48 patents.

Sponsor Content
Are You 'Workload Optimizing' or 'Workflow Optimizing' Your IT?
Jul 20, 2016
Operating in a traditional IT model optimized solely on application workload performance does not result in faster time to market. Traditional enterprise IT is procured and deployed in silos of servers, storage...

Sponsor Content
Just What the Heck Is Composable Infrastructure, Anyway?
Jul 14, 2016
There are four different categories of infrastructure: traditional, converged, hyperconverged and composable. Since they form a historical sequence, let’s start at the beginning and work our way up to the present.

Sponsor Content
Hyperconvergence + Cloud: A Match Made in IT-Efficiency Heaven ﻿
Jul 06, 2016
Here are five reasons why hyperconverged systems can set up your data center--and your business--for greater success.

Sponsor Content
Why Composable Infrastructure Is the Best Infrastructure for DevOps
Jun 18, 2016
Composable infrastructure is designed to enable better collaboration and communication between IT equipment and the professionals who manage it, together with the other personas across the data center. Included in...