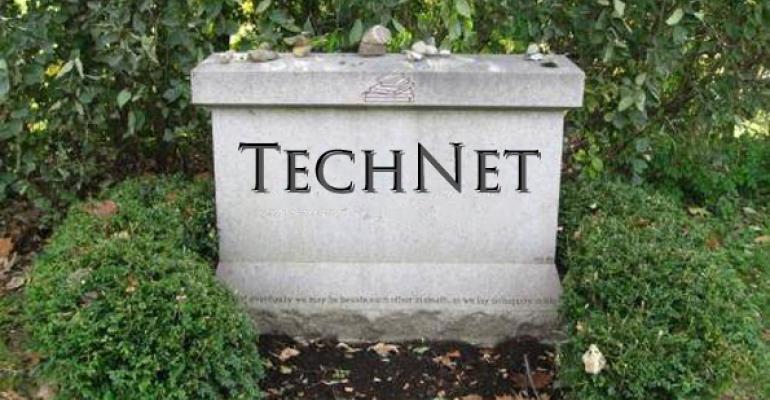 For the past few years, I’ve recommended Microsoft’s excellent TechNet subscriptions as a way for IT pros—and budding IT pros—to inexpensively keep up with and learn about new (or new to them) Microsoft technologies. But this week, Microsoft announced it would retire these subscriptions. Now what?

Check out Save Even More Money with a TechNet Standard Subscription for a previous description of why a TechNet subscription was so useful. Then die a bit inside because Microsoft has killed these subscriptions.

According to the email I received from TechNet (here’s a web version), Microsoft will discontinue sales of its TechNet subscriptions on August 31, 2013 and will allow current subscribers to continue to access program benefits until their current subscription period concludes.

That’s nice, but what I’m more concerned with is that this subscription is now stuck in time: For example, will subscribers receive new ISOs with Windows 8 + Windows 8.1 integrated together this fall? I suspect not, and that’s why I don’t understand why a refund offer wasn’t part of this announcement. And for whatever its worth, this is particularly painful for me since I literally just renewed my subscription.

According to Microsoft, it is retiring its TechNet subscription because it has seen a shift in usage “from paid to free evaluation experiences and resources.” I suspect that’s BS and that the problem is that TechNet is a hub of piracy. Indeed, every time I recommended that users subscribe to TechNet to save money legitimately, I got complaints from others who thought I was condoning piracy. Whatever the reason, it’s going away. Now what?

There are two obvious avenues at Microsoft, but neither is a great fit.

MSDN. Microsoft still offers the similar MSDN subscriptions, for example, but they’re geared to developers, not IT pros. And the MSDN subscriptions are significantly more expensive than was TechNet: The cheapest is a whopping $699 (with a $499 annual renewal), compared to $149/$99 for TechNet Standard, but you’d really need to pay an incredible $6,119 for an equivalent MSDN subscription. Basically, this is a non-starter for most IT pros.

Action Pack. The less-well-known Action Pack offering is aimed at Microsoft partners and comes in two versions: Solution Provider ($329 per year) and Development and Design ($429 per year). They include “internal use” licenses (which is a bit more liberal than was the case for TechNet) for a variety of Microsoft products that are of interest to IT pros, though Windows is only offered on the latter and in MSDN licensed form. They’re not as expensive as full MSDN subscriptions, but both are still significantly more expensive than TechNet Standard in particular.

The problem with both of these programs? Given this week’s TechNet announcement, I’d be nervous about them being retired soon as well.

To be fair, Microsoft’s approach for the “new” TechNet isn’t horrible: They will be offering 30-180 day evaluation versions of software with no feature limits, online virtual labs for testing, over 200 Microsoft Virtual Academy video training courses, community-driven TechNet forums, and various support entry points … for free. Some of these resources are truly impressive.