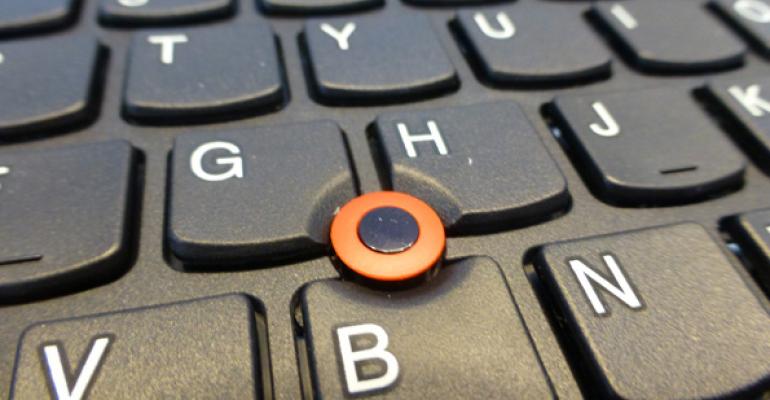 With rumors swirling of Microsoft working with hardware makers to deliver a new range of smaller Windows 8 devices in time for the holidays, many are overlooking the fact that such a device already exists, sort of. The ThinkPad 2 tablet runs real Windows 8, not Windows RT, but it’s so small it makes the Surface RT tablet look almost portly by comparison.

With Windows 8, Lenovo deserves both kudos and questions. On the one hand, no PC maker is shipping the wide variety of Windows 8 devices as is Lenovo, and it provides a range of products that is unmatched by any other company. On the other, no PC maker is confusing customers as much as is Lenovo, which ships a bewildering series of devices in every possible form factor, a range of products that far exceeds the needs of the market and the portfolios of its competitors.

See the problem? Good and bad.

I’ll need some time with the ThinkPad Tablet 2 before I can figure out where this one sits in the scheme of things. But my initial reaction is simple enough to communicate: The Tablet 2 is a pure tablet, what we sometimes call a slate, and its small size will limit its usefulness to those who are actually pretty small themselves or those who need only occasional computing functionality. The device itself weighs only 1.25 pounds, less even than an iPad. But it’s borderline useless without the keyboard tray, discussed below, which adds a bit of weight.

It’s a real PC, which is important: Powered by a netbook-class Atom processor, the Tablet 2 can nonetheless run real Windows applications like Outlook, iTunes, and Photoshop though of course no one will mistake it for a mobile workstation. The specs are pedestrian and typical for a “Clover Trail” device: In addition to the Atom processor, it has 2 GB of RAM, 64 GB of eMMC storage, and a 10.1 inch screen running at 1366 x 768, which is perfect for Windows 8. You can get Windows 8 Pro as an option, which is unusual. And it does get up to 10 hours of battery life as you’d expect of such a machine.

The review unit I’m borrowing comes with an interesting “Bluetooth Keyboard with Stand,” a tiny keyboard on which you can rest the Tablet 2, but not physically connect with in any way. (The tablet sits in a slot and rests against a suspiciously complex pull-out and plastic doo-hickey that long-time ThinkPad users will find familiar. (Think “Butterfly,” ThinkPad fans.) This is both good and bad, but the worst part of this set up, I guess, is that the Tablet 2 itself has no built-in stand like the Surface RT.

One other bit I’m unsure of is how these parts all connect. The Tablet PC actually uses a smart phone-like micro-USB cable for charging, which is kind of excellent. But the keyboard stand is battery-powered and must be charged too, so it comes with its own micro-USB cable. You can plug the keyboard into the tablet to charge the keyboard, and then separately plug the tablet into the wall (or, presumably, a real PC) to charge that. But the result is a mess of cables and a lot of hunt and pecking for the right ports.

Also troubling: The Trackpoint nubbin on the keyboard stand is a weird, shiny and too-smooth bit, not anything like the very nice pointers Lenovo usually provides with its ThinkPad products. I’ll need some time with it to be sure, but so far I’m really turned off by it. Lenovo says its optical, and not a real Trackpoint nubbin, which makes me like it even less.

Lenovo does also sell a dock—or what it calls an Enterprise Dock—which would let you connect USB-based peripherals like keyboard and mouse while securing the Tablet 2 itself. But the screen is so small it’s unclear who—other than Bilbo Baggins—would be comfortable with such a set up. Regardless, I don’t have that peripheral to test.

My review unit came with a tiny stylus, and unlike with Microsoft’s Surface Pro, there is the necessary port to hold it built into the Tablet 2. The stylus is optional and when purchased, the Tablet 2 is outfitted with the required digitizer, so you can’t just add one later.

With this device, I’m starting to wonder about the dividing line between the vaunted ThinkPad lineup and the more pedestrian IdeaPad products that Lenov also sells. I’m not saying the Tablet 2 is a toy computer per se … but I’m wondering. It does come with Lenovo’s generally well-designed ThinkPad utilities (including a funny Start Menu replacement), and as a ThinkPad, it has all the management functionality you’d expect of a full Windows PC.

Given its tiny size, I can’t possibly pretend to use this as a day-to-day PC, so I’ll be using it as a companion device and seeing if I can’t convince my normally proportioned wife to give it a go as well.

More soon. In the meantime, here are some more photos: