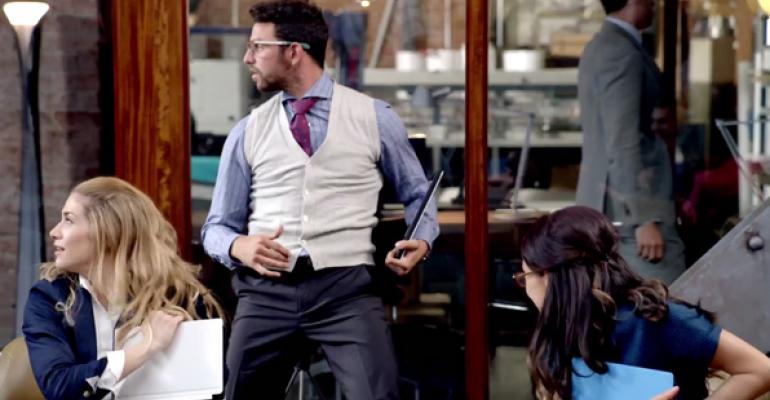 Thanks to the widescreen display, Surface Pro doesn't work well in portrait orientation

While a significant number of computer users are moving to tablets because of their superior simplicity, mobility, and usability, there are some key differences between the devices created by the various mobile platform makers. And among those differences is the notion of device orientation: Some are designed to be used in portrait mode by default, while others—like Surface Pro—are designed primarily for landscape use.

Apple’s iPad led the way by offering a 4:3 screen that is used in portrait mode by default. You know this because of the position of the iPad’s Home button, which is found at the bottom middle of the device’s front side when it is held in this default orientation. While I’m sure that Apple investigated going with a landscape orientation instead, it most likely bet on portrait because that’s how its iPhone and iPod touch worked previous to the iPad release, and users were accustomed to it.

But Apple’s decision to use portrait mode by default is aided by the 4:3 aspect ratio of the device’s screen. As it turns out, widescreen devices of a certain size—which is to say, anything bigger than about 7 inches diagonally—start to look elongated and stretched out when viewed in portrait mode. So while it’s OK for a device like the iPhone 5, the latest iPod touch, or the Google Nexus 7 to sport a 16:9 widescreen display, a squarer 4:3 screen makes more sense for devices like the iPad.

Microsoft’s Surface Pro and Surface RT—indeed, pretty much all Windows 8 devices—utilize widescreen displays, however. When Microsoft decided to get into the tablet business, and to support tablet devices with Windows 8, it was of course basing this system on the PC, which settled on widescreen, landscape-oriented displays almost a full decade ago.

So when you look at the front of a Surface or other Windows 8 device, you’ll see that the Start button—our version of Apple’s Home button on iOS devices—can be found in the bottom middle of the device’s front side when it is held in this default landscape orientation.

You can, of course, hold Surface Pro—or any other Windows 8 device—in portrait mode. Windows 8/RT will switch the display instantly to support the new orientation and the reversed resolution (now 1080 x 1920 on Surface Pro), and Metro-style apps will adjust on the fly as well.

What doesn’t work so well, of course, is the desktop. A decade ago, when Microsoft was pushing its first Tablet PC system on customers, I probably spent more time using virtually every Tablet PC on the market than most. And while I recall finding the portrait orientation of these PCs useful, and more “paper-like” than the landscape orientation, and thus better for writing with a pen, there were also some oddities. These oddities persist today with Surface. Windows resize and reposition. It’s ugly.

Some Metro apps adapt to this orientation better than others. In Mail, you can view your email list or the current email body, but not both at the same time, for example. But the Weather app is nice looking enough that you could almost imagine it being used in an interactive display.

And while I love the Kindle platform, Amazon’s Windows 8 app for Kindle is an abomination in some ways. It looks terrible in portrait, as you’d expect, all stretched out and weird.

But when you use this app in landscape mode, it inexplicably doesn’t offer a two column view. So the screen is wasted either way.

By the way, here’s how this is supposed to look. This is the Kindle app on the 8.9-inch Kindle Fire HD, in landscape mode. Beautiful.

I can’t blame Microsoft for the Kindle app. But oh, the Windows desktop.  Here is where everything really falls apart, so much so that I’ve taken to locking the screen orientation to prevent windows from resizing/repositioning in the event of an inadvertent twist of the devices. (Charms, Settings, Screen.) I just can’t stand how it looks, and how switching to this mode changes all the onscreen windows.

Ultimately, I think that widescreen displays make too much sense in Windows to overthink this, but then they also make portrait mode a lot less usable. I’ll be keeping mine in landscape. And crossing my fingers that Amazon wakes up and fixes the Kindle app.