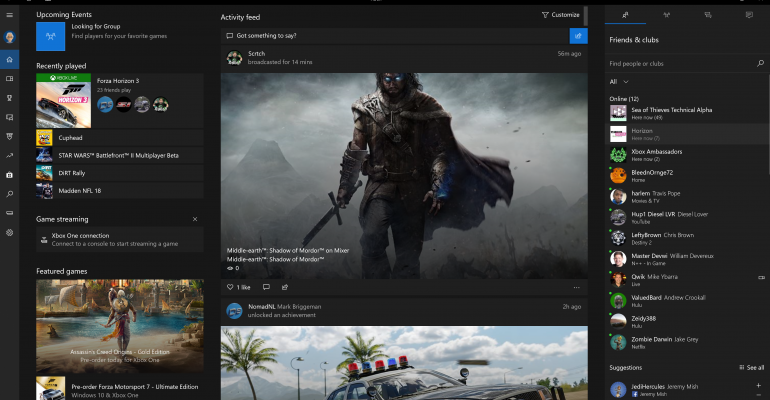 Microsoft is making gaming a first class citizen on Windows 10 and that continues with the Fall Creators Update with a couple of tweaks and more Xbox Play Anywhere games being released.

After the launch of Windows 10 in the summer of 2015, Microsoft's Xbox team made a commitment to see the PC platform dominate when it came to gaming, a reversal of the company's approach to gaming during the Windows 8/8.1 era.

Since this announcement a new Game Settings has arrived on Windows 10 and we now have an Xbox App that allows us to even stream games from the Xbox One console over a local network for remote gaming.

Over the last six months a few enhancements have been made to the gaming side of the Windows 10 Fall Creators Update to continue those efforts. Here are the four biggest areas where we've seen improvement.

The biggest change with the broadcasting feature in the Windows 10 Fall Creators Update is the switch to Mixer as the backend for the service. Mixer used to be known as Beam - a company Microsoft acquired in 2016.

When you set things up in the Game Settings area of the Windows Settings App the options for controlling various elements of your broadcast has been updated for a better overall experience for streaming from your PC to Mixer viewers. This new anti-cheating option is intended to keep things fair and balanced when you are online gaming.

This is one of the neatest additions to Game Settings in the Windows 10 Fall Creators Update. Using this settings page you can troubleshoot network issues related to your gaming including connectivity, the status of Xbox Live services, and server connectivity.

It is a great way to get a snapshot of your systems ability to connect for gaming purposes. Yesterday Microsoft released the Fall Update for the Xbox One console which has several new features including a new Home Page that can be completely customized with what is important to your console experience.

Among some of the new features you will find:

Microsoft has also added a My Xbox tab to the Xbox.com homepage and when you see it it will look very familiar if you use the Xbox App on your Windows 10 devices:

My Xbox on Xbox.com