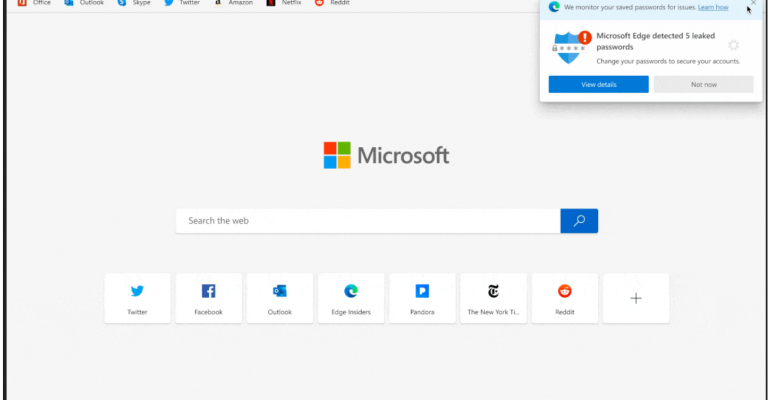 The latest Microsoft Edge update was made available this month and is now available in their stable channel. The update has several features that enterprise customers may find intriguing.

When Microsoft announced its intention to build a new version of their Edge web browser based on the Chromium open-source project, the news solicited some skepticism from the open-source community itself. Microsoft’s has made a concerted effort recently to engage more deeply in open source and shifting their flagship web browser was a calculated decision. After the proprietary Internet Explorer and the legacy Edge browsers, embracing open source, specifically the Chromium rendering engine, was a risk for the company. Now, after having the browser available for enterprises for more than a year, the latest Microsoft Edge update from Redmond makes a compelling argument for any enterprise company to consider deploying the browser to their users.

The initial stable enterprise build from last January was lacking many standard features such as browser sync, history and full support for chrome extensions, among others. In the course of the last 12 months, through extensive testing in their Canary, Developer and Beta pre-release channels, those missing features and more have finally been incorporated into the browser.

For those organizations concerned about security in this fledgling browser, this specific Microsoft Edge update delivers on continued enhancements that focus on security and privacy.

Here is a rundown on the latest updates in this Microsoft Edge release: 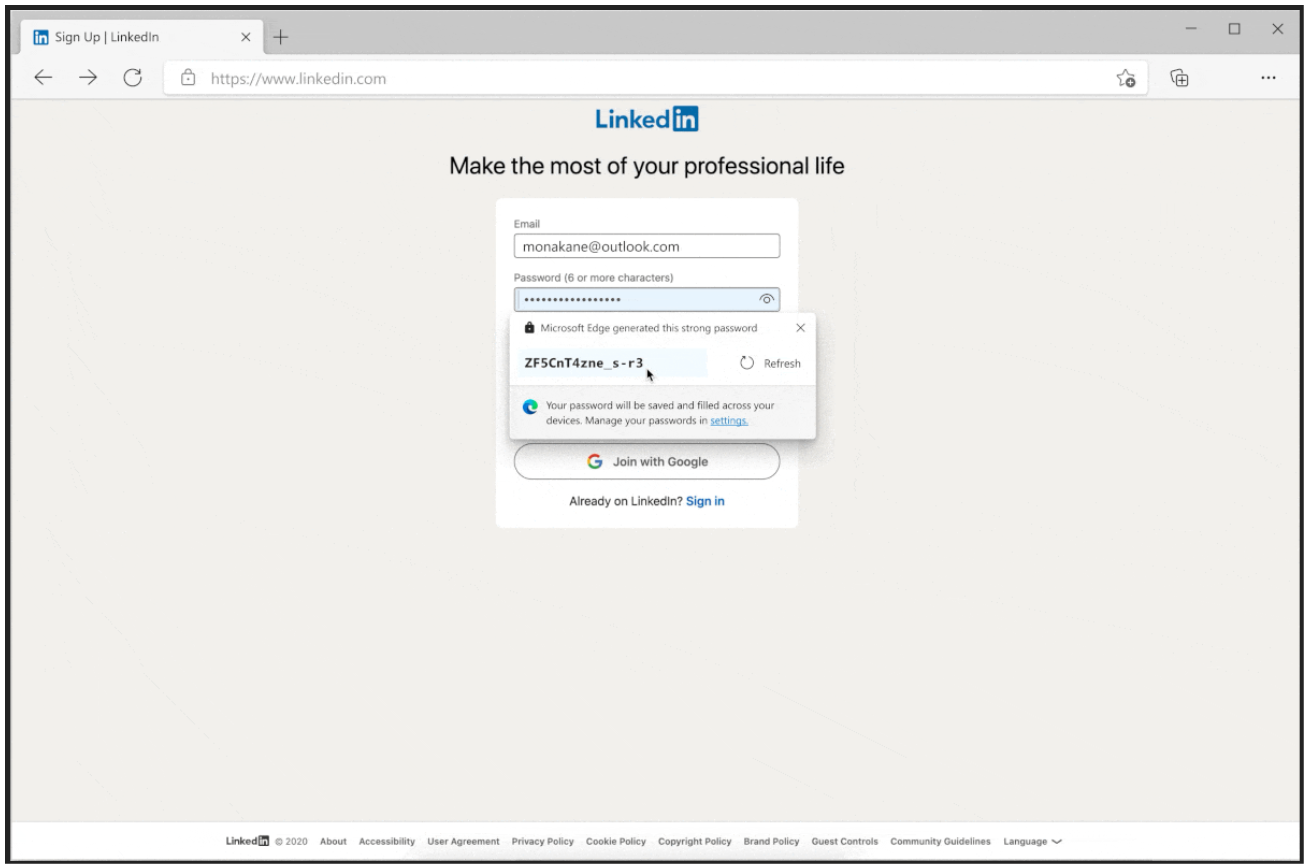 This new tool has been built into the browser to help users create strong passwords for the different accounts they access via different websites, thus improving users’ overall security profile. The utility prompts users when they’re creating new accounts or updating existing passwords. In addition, the password tool is accessible in the browser’s settings. 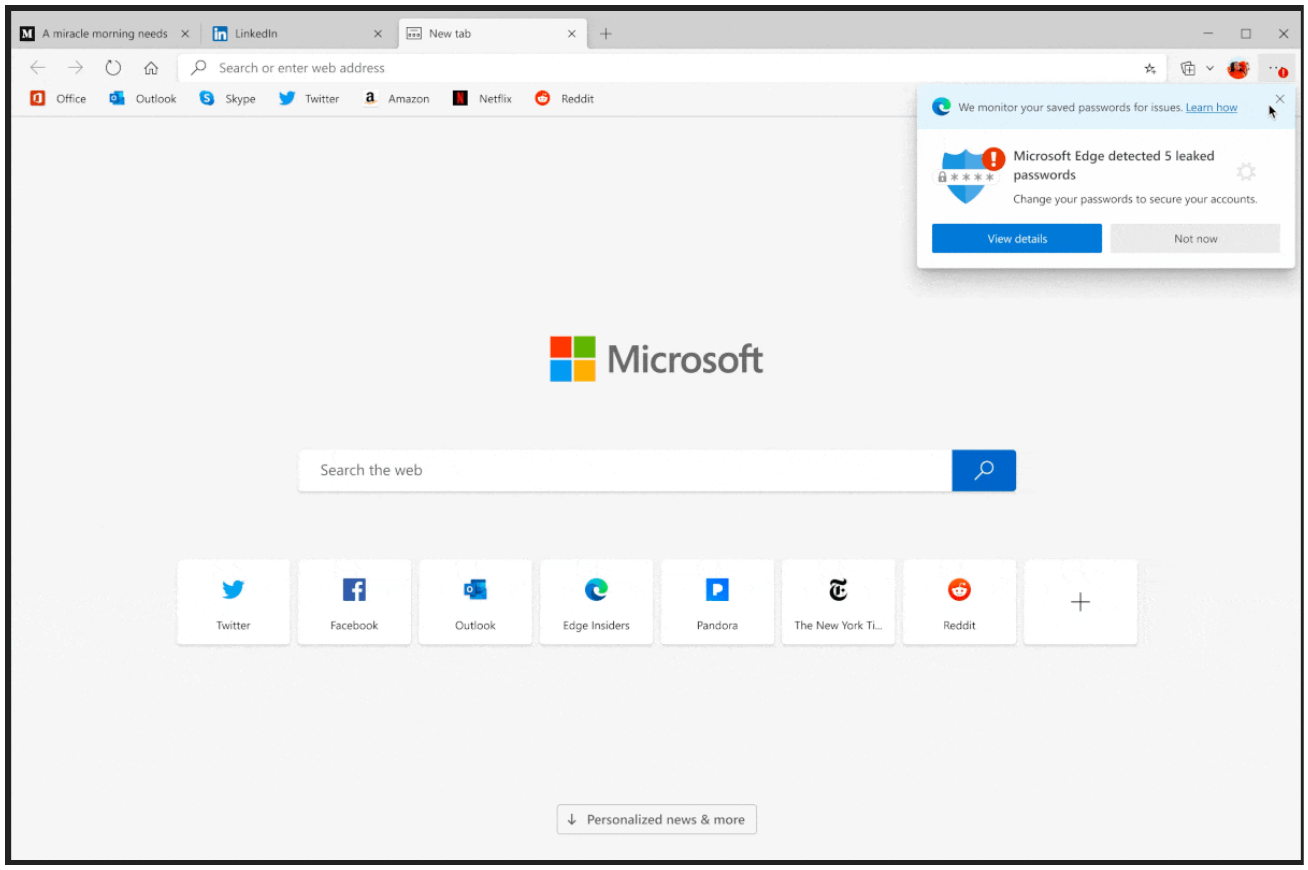 Using the same password on multiple sites is a norm for many users these days. Getting alerted to security breaches that affect user data is another norm for end users. Sometimes users are alerted of that breach, and at other times users continue to use leaked passwords without any knowledge that it has been exposed on the web.

To encourage users to stop using the same password across multiple sites and thus reduce their risk of exposure, the new Password Monitor feature in this Microsoft Edge update will alert users when leaked passwords have been detected.

At this point, the user can find out additional information about the breach and change their password on affected sites. This tool will help users gain better security and password habits when they are leaked and exposed and that should translate into an improved security posture on work-related sites. 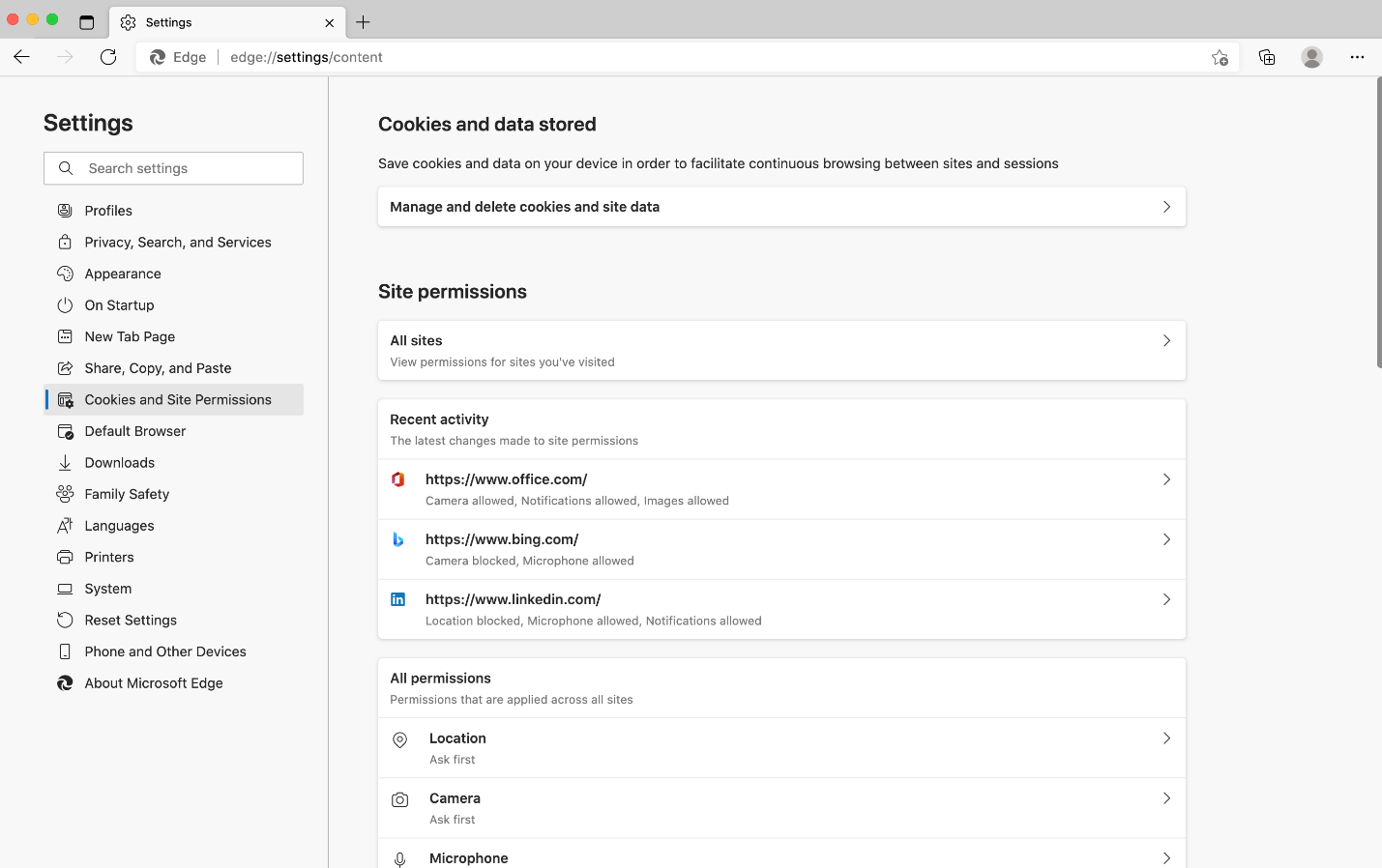 This latest Microsoft Edge update implements full control of those permissions and how third-party cookies are handled/allowed on devices. 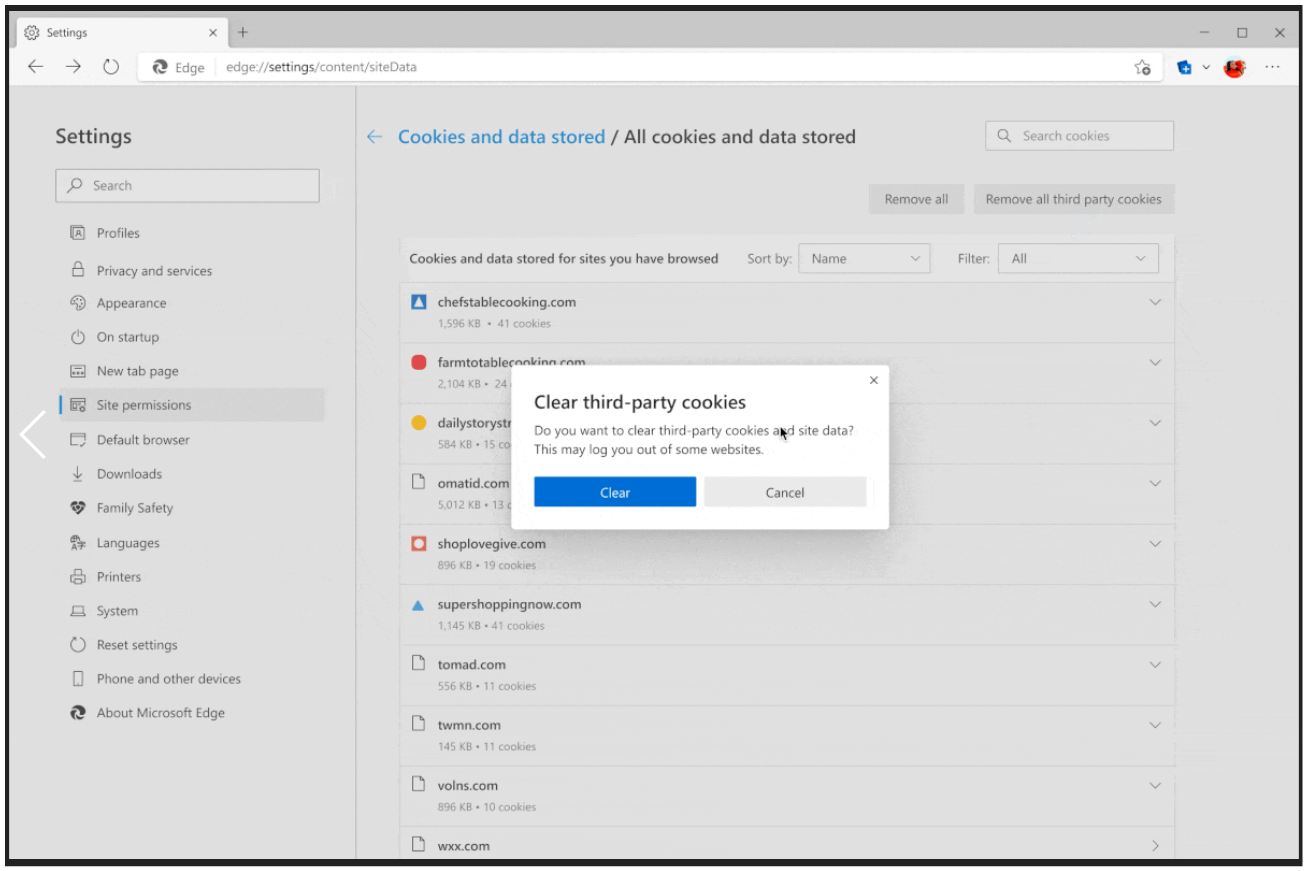 The updated third-party cookie dialog available with this Microsoft Edge release allows easy clearing of existing cookies on the user device to prevent any cross-browser tracking of user data.

Both features focus primarily on privacy as an aspect of security for users as they browse the internet and limits the access to that identifying data and system resources. 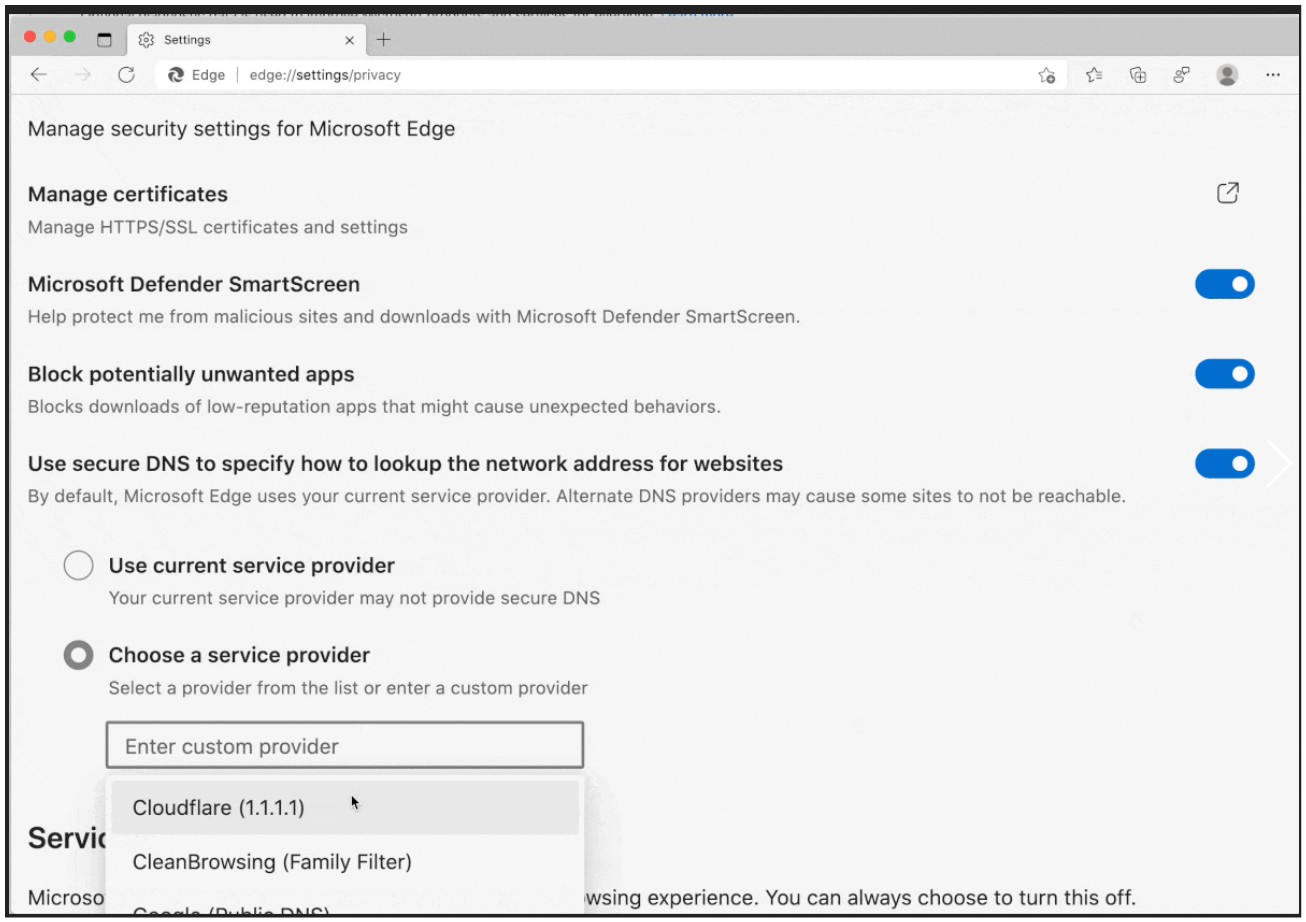 As part of this Microsoft Edge update, organizations can now implement secure DNS for looking up website IP. This will be especially useful if a company has its own DNS service or uses a third-party DNS provider such as Cloudflare or OpenDNS. Admins can also use a custom DNS provider if one is already in use across an organization.