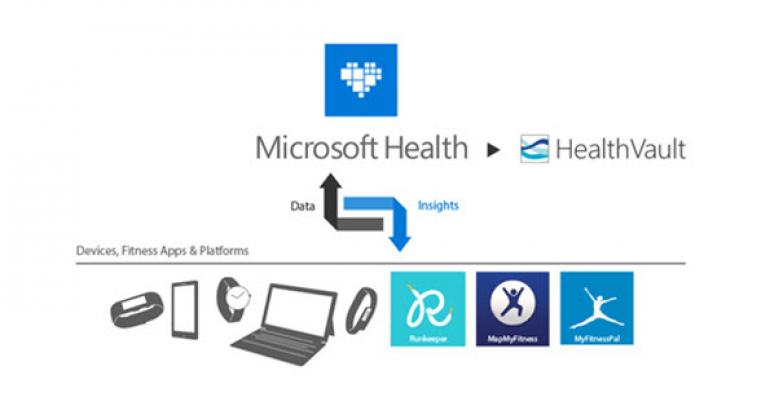 You should already be aware that Microsoft recently used an update to change Microsoft Health app to Microsoft Band app. Many are confused why the company did this, considering its been rumored that Microsoft is exiting the fitness wearable hardware market and will no longer produce its Microsoft Band bracelet.

It’s my belief that the hardware’s moderate success was essentially a distraction for the company, pushing it away from its intended overall Health platform goal. You can read about that here: The State of the Microsoft Health Platform. By rebranding the app, Microsoft makes it more palatable for 3rd party health integrators to see its overarching Health platform as an open and inviting partnership. By exiting the crowded fitness consumer industry, Microsoft can take advantage a larger, more focused market. For example, I recently reported on how the Microsoft Band is being used to help detect epileptic seizures early and just today we see that Microsoft is invested in helping scientists and researchers find solutions to cancer.

These are the areas where Microsoft will be the most successful and where I think we’ll ultimately see the biggest improvements for its Health platform. Essentially, just like the company is doing attempting to exit the consumer market with its Surface and Lumia devices and refocusing where the biggest revenue gains can be accomplished in Enterprise, it’s probably doing the same with the Health platform as a cross-company strategy.

But – did you know that you can still use Microsoft’s Health Dashboard service and Microsoft Band app without actually owning a Microsoft Band hardware device?

Microsoft made it clear with an update for its Microsoft Health web page last week.

There are a couple caveats, though, so don’t think you can rely on the Microsoft Band app to smartphone motion sensor capability for any accuracy yet.

Keep in mind, the collected stats are only going to be as accurate as your smartphone’s capabilities. My 13.4 mile run ended in almost 25,000 steps. My Samsung S6 recorded only 10,100 of those steps. Of course, I carry my smartphone at my midsection using my FlipBelt. There could be a lack of motion thing going on with that setup.

The other thing is that it only records steps currently and activity time, and not mileage, the specific activity, or elevation changes. So, it is somewhat limited. I’m sure Microsoft intends to improve this over time, but we’ll see. I think much of Microsoft’s direction for its consumer health focus is still up in the air.

To get the Microsoft Band app working with your smartphone, you first must have a motion capable smartphone with a supported OS version. Microsoft says this…

In the app itself there’s a single change you need to make. Open the app menu (hamburger menu at the top left), go to My Phone, and then enable Motion Settings.

That’s it. Again, it’s not going to be as accurate as using the Microsoft Band hardware, only going to give you a step count, and I’m not sure why you’d want to use the app and Health Dashboard without the hardware, but there you go.